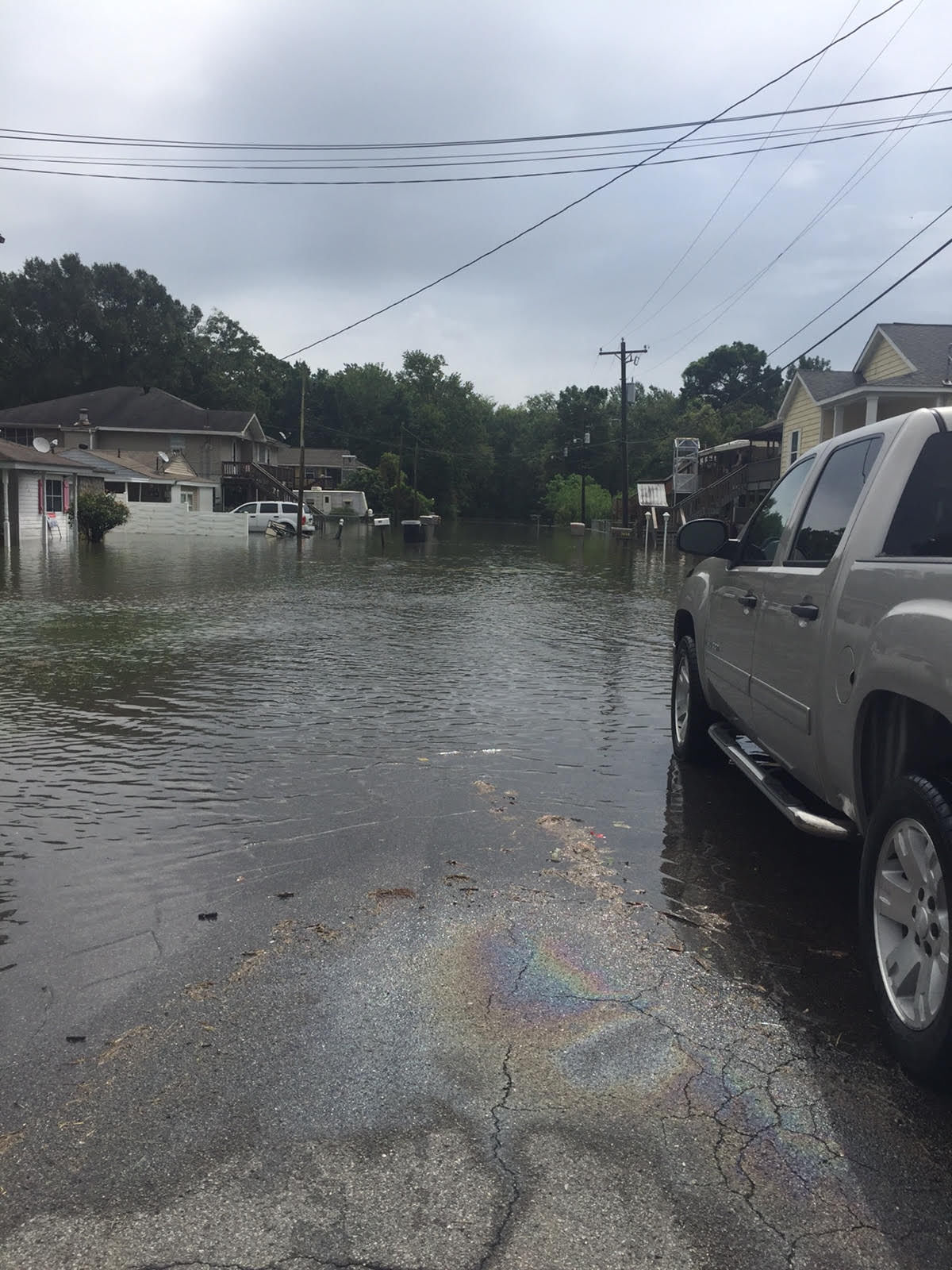 Eight families whose Dularge homes were flooded by waters related to Tropical Storm Harvey were temporarily relocated by Terrebonne Parish officials Tuesday night, with some returning to assess their damages Wednesday morning.

“They called us about 4:30 p.m. and told us they had a room,” said Candise Lebouef, a mother of three who – like her neighbors – was overwhelmed by flooding on low-lying Hidalgo Drive. “All we had to do was show up with our identification.”

Earl Eues, director of Emergency Operations for the Terrebonne Parish Consolidated Government, said the parish’s Human Services Department began working on a solution as soon as he was advised of the need Tuesday afternoon.

Parish Councilman John Navy made a request to the parish on the families’ behalf.

Hidalgo Drive was one of a handful of areas in the parish where water actually entered houses. For the most part, flooding in Terrebonne Parish was limited to streets, highways and lawns, following some torrential downpours early Tuesday.

No other requests for shelter were made, however, Eues said.

Two pumps service the upper Dularge area, and Parish President Gordon Dove confirmed that they were operational Tuesday morning, dispelling inaccurate claims that they were not running.

“We have a 36″ pump operated on a float switch and a 16” auxiliary pump that the pump attendant was operating,” Dove said. “Both were running. This is the Gulf Access Road pump station. There is also a sewer lift station on Hidalgo that is electrically operated so people think this is a pump station and it is not running because they don’t hear anything.”

The eight families – comprised of about 20 people – had no resources and were not expecting to be flooded. Sheltering plans could have been made earlier in the day had the specific need for housing been communicated sooner to the Emergency Operations Center, officials said.

Lebouef said she and her children, along with other families, were placed at the Plantation Inn on Tunnel Boulevard.

Navy, concerned Tuesday that an option for hotels was not already in place, plans to address the matter at the next Terrebonne Parish Council meeting.

Harvey proved an annoyance in Terrebonne and Lafourche rather than the monster rain-maker seen by Texans.

Schools, courts and most public offices were closed Wednesday morning. Classes were canceled at Nicholls State University and at Fletcher Technical Community College.

In Lafourche Parish La. Highway 1 south of Golden Meadow remained open, but water was reported on the roadway.

Motorists were urged to drive slowly and use extreme caution.

The Bayou Blue pontoon bridge was closed due to high water.

Lafourche Parish Sheriff Craig Webre’s office advised that streets were being closed as necessary throughout the parish.

“Just because a road is not barricaded does not mean it’s absolutely safe,” Webre’s statement reads. “Never drive around a barricade, but if you must drive down an unbarricaded street due to an emergency, drive slowly to avoid pushing water into homes.”