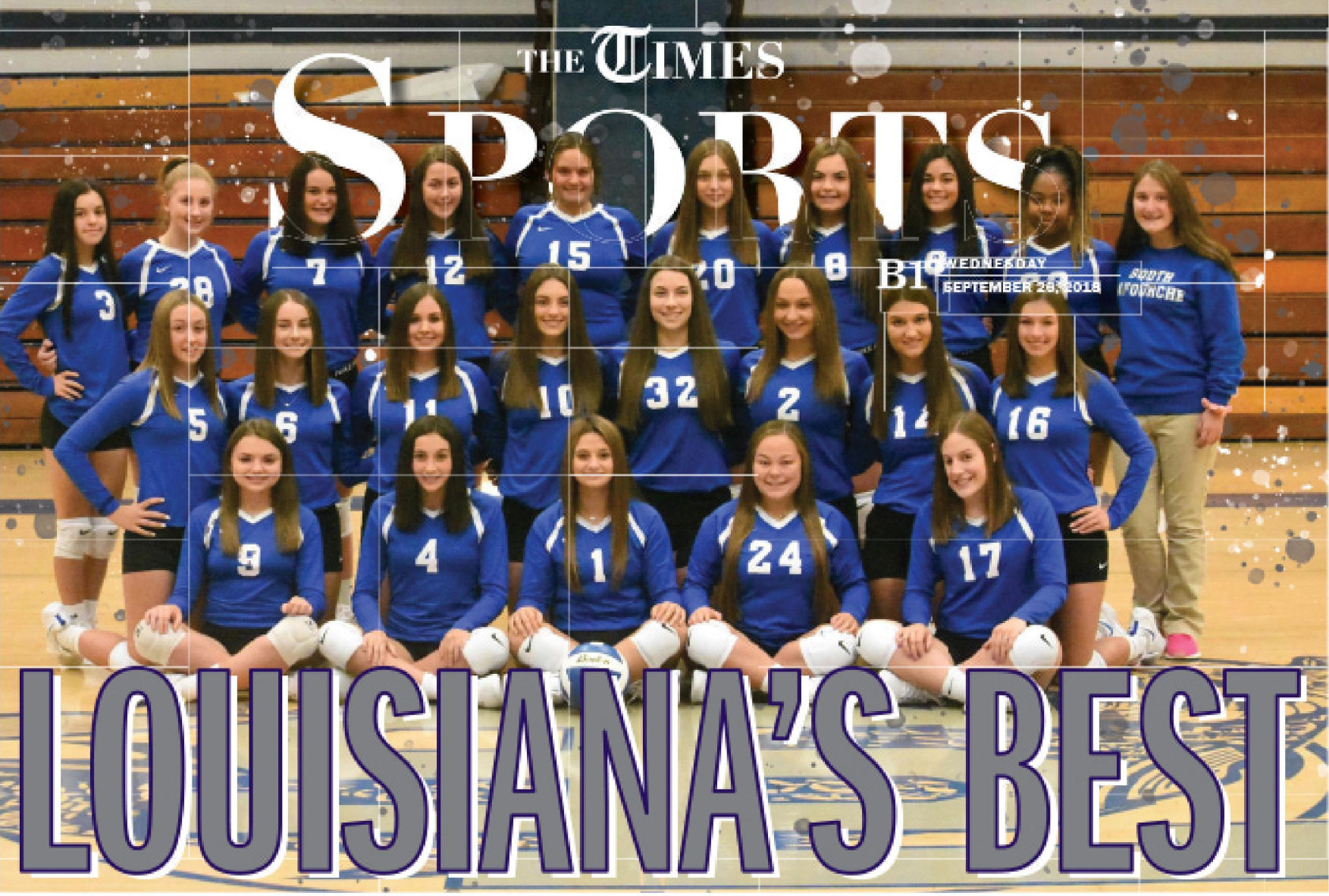 This year, they have hopes to get back there and win the final game of their season.

The Lady Tarpons return the core of their roster off last year’s team which made the State Quarterfinals and this year’s team is showing its teeth early in the year with a 9-3 record, including wins over several quality opponents.

Coach Jamie Cantrelle said last year showed the Lady Tarpons that they can compete at the highest level.

This year, the message is learning from that experience and going even farther.

“Last year was great,” Cantrelle said. “The girls learned how to stay focused, to take one game at a time and to never give up on the court no matter what’s the score. They learned how to keep their composure and finish a close game. Experiencing the atmosphere of the Pontchartrain Center was also a great experience for us, as well.”

The Lady Tarpons have powerful outside hitters — as much explosiveness as anyone in the area.

Outside hitters Taylor Toups and Abigail Bouzigard are two of the most powerful players in the area. In a recent straight-set win against state power Central Catholic, Toups had 16 kills, while Bouzigard posted 17.

When defenders key in on senior duo, Marcelle Pitre and Claire Chiasson are also more than capable of rising up to the challenge and making plays.

To get kills, of course, a team needs ball placement and the Lady Tarpons have a lot of that.

Senior Sierra Lerille is one of the best setters in the area and Bailey Melancon and Jacie LeBoeuf are back-line aces, digging the ball off the floor and turning defense into offense.

Cantrelle said the Lady Tarpons have a large senior class and that group has set the tone for the team the entire season — from the first day of practices all the way to the early stages of the season.

This core group of players has helped to spark the current program transformation at South Lafourche. Up until a few seasons ago, South Lafourche had never been to the postseason. Now, they own multiple postseason wins and a bid to the State Tournament.

“The senior group has been a pleasure to coach,” Cantrelle said. “They work so hard during the season and in the offseason. It’s great to see them take on the leadership roles on the team.”

The talent and energy of that senior class has ignited the community’s fanbase, which is always eager to support Tarpon athletics.

South Lafourche home matches are like a rock concert. Fans fill the school’s gymnasium and

‘ LAST YEAR WAS GREAT. THIS GIRLS LEARNED HOW TO STAY FOCUSED, TO TAKE ONE GAME AT A TIME AND TO NEVER GIVE UP…’

make tons of noise throughout the match to show support for the home team.

Cantrelle said that home crowd gives life to the team — especially in tough situations. South Lafourche is undefeated at home this season and won several big matches on their home floor last fall, as well.

“We have an amazing community,” Cantrelle said. “Last year was our best season so far. People that didn’t have children or grandchildren playing showed up to our matches to check out the Lady Tarpon Volleyball team. I was told by quite a few people that they had never been to a high school volleyball game, but were definitely coming back. The Lady Tarpons have brought some excitement to South Lafourche High School volleyball in the past few years and have made many people in our community a fan of this sport.”

But the journey that lies ahead will not be easy.

South Lafourche’s is a member of District 6-II and that league hosts some of the best teams in the state year-in and year-out.

At press-time, the Lady Tarpons were No. 10 in the Division II State power rankings. Also ranked high were district opponents South Terrebonne (No. 4), Assumption (No. 11) and Terrebonne (No. 12).

Cantrelle said she’s seen every one of the Lady Tarpons’ district opponents, adding that they’re all capable of making it deep in the playoffs.

She said the team intentionally challenged itself in non-district play to get ready for the grind.

In addition to the meeting with Central Catholic, South Lafourche has also played Destrehan, E.D. White, St. Amant, Pope John Paul II and other powerhouse programs. The Lady Tarpons also own a non-district win against the Lady Gators.

“We have a strong district,” Cantrelle said. “Playing strong teams during the season makes us better as a team. We learn something every time we play. We see what we need to work on in practice to continue to grow as a team. It’s the growth that prepares us for the playoffs and gets us ready for the tough competition.”

South Lafourche played South Terrebonne yesterday on the road. No score was available at press-time. The Lady Tarpons will host Ellender on Thursday. Cantrelle said the team is ready to get rolling in district.

“The girls have been playing really well as a team,” she said. “They have been making good plays on balls that we wouldn’t have gotten to in previous years. Our communication has increased on the court and so has our coverage of the court.”

The South Lafourche High School valleyball team is ready to Challenges themselves in district play with hopes of another deep playoff push. The lady tarpoms are ranked No. 10 tm Division II at press-time. Last year, they finished in the Final 8 in the posiseas son for the first time school history.