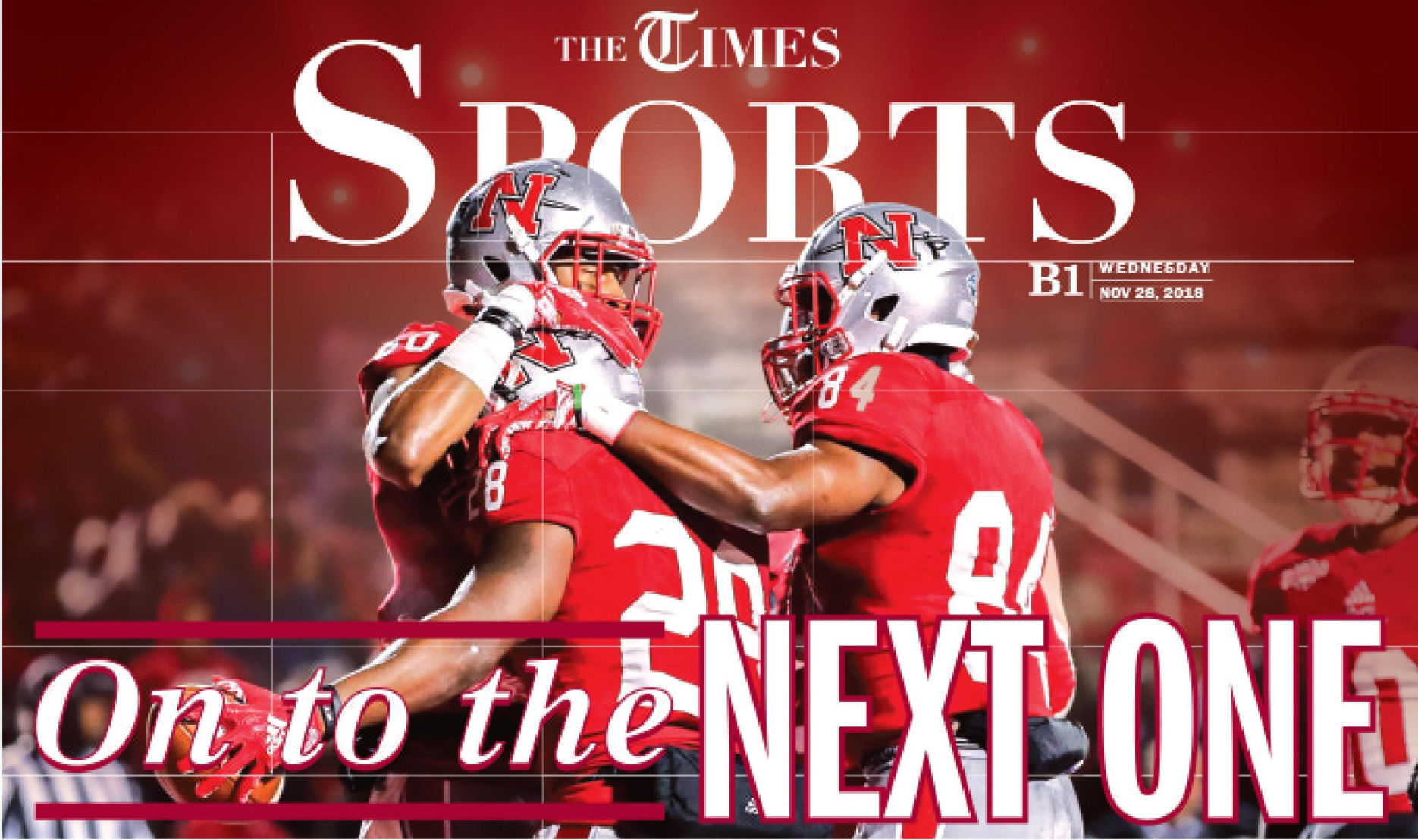 On to the NEXT ONE

Last year, the Nicholls State University football team lost in the first-round of the FCS Playoffs in a heartbreaker — a game that went down to the final seconds and was ultimately decided by a questionable call from the officials.

But this year, Nicholls left no doubt, slamming the door shut early in the second half in a decisive playoff win — the program’s first since 1986.

The Colonels routed San Diego 49-30 on Saturday before a crowd of 8,571 fans at John L. Guidry Stadium. With the win, Nicholls now moves to the second-round of the playoffs. Their next opponent will take the Colonels across the country — a Saturday date at Eastern Washington.

Coach Tim Rebowe said he’s proud of the way Nicholls played throughout the win. The Colonels gained more than 600 yards of offense in victory. The coach said the team deserved the success after the hard-fought ended to its season last year.

“It was a long week,” Rebowe said with a laugh. “We played last Thursday. It felt like we waited forever, not having school. I think the experience of us last year getting in the playoffs and guys knowing what to expect was big for us and I just couldn’t have been more proud of them.”

This time, they hit the ground running.

The Colonels forced a San Diego punt on the opening drive of the game, then went to work. Nicholls’ quick-strike offense was in full-force early. On the team’s first offensive snap from scrimmage, quarterback Chase Fourcade hit Damion Jeanpiere in stride for a 53-yard gain, pushing the ball to San Diego’s 27-yard-line.

On the next snap, Dontrell Taylor made his mark, scoring the first of his two touchdowns in the win to put the Colonels on top 7-0 at the 11-minute mark in the first quarter.

The Colonels generated 606 yards of offense in the win, powered by 269 rushing yards and 337 passing yards. Fourcade was his usual dominant self, completing 21-of-31 passes for 337 yards, two touchdowns and an interception. He also rushed 15 times for 82 yards and two scores.

But the Toreros answered on their next drive, pushing the ball down the field on a pass from quarterback Anthony Lawrence to Dalton Kincaid to tie the score at 7 midway through the first quarter.

But that was the lone bright spot for San Diego in the half.

The Colonels struck quick on its next drive — this time on a 49-yard run from Taylor to go up 14-7. After a defensive stop, Fourcade got in on the act on a 19-yard keeper to put Nicholls up 21-7 at the end of the first quarter.

But they were just getting started.

In the second quarter, the onslaught continued.

After a San Diego field goal made the score 21-10, true freshman Julien Gums capped a 14-play, 74-yard drive with a 1-yard run to put the Colonels up 28-10 with 7 minutes left in the second quarter.

After a stop, Nicholls iced the half with a bang on a 52-yard touchdown strike from Fourcade to Tahj Smith to go up 35-10 at halftime.

“They’re a really good football team — our hats are off to them,” San Diego coach Dale Lindsey said. “They have athleticism, speed on the edges, size, strength and one of the best quarterbacks in the FCS. We knew coming in that it would be a challenge and they played well to defend their home field.”

In the second half, the Toreros looked to be on the ropes and at risk of being knocked to the mat when Fourcade hit Jeanpiere early in the quarter to put Nicholls up 42-10.

But San Diego fought back. With stingy defense and three-straight possessions capped by touchdown passes from Lawrence to Kincaid, San Diego made a ballgame of it, trailing just 42-30 with 14:50 to go in the game — a far cry from the 32-point deficit they’d dug early in the third quarter.

Lawrence was billed before the game as being an All-American-caliber player. He proved it in the game, finishing by completing 30-of-56 passes for 322 yards and four scores.

But Nicholls had an answer for San Diego’s run.

After the Toreros’ last score, Forcade settled Nicholls’ offense, taking the team on a 12-play, 71-yard drive that encompassed 6 minutes. It was capped on a 13-yard Fourcade touchdown run that put Nicholls up 49-30.

After a defensive stop, the Colonels salted away the clock with its power running game to seal victory.

With the win, the Colonels will now hit the road.

Nicholls will travel almost 2,500 miles to play Eastern Washington — one of the annual powerhouses in the FCS.

Known for their trademark blood-red field turf, the Eagles are 9-2 this season, including a blowout 38-14 victory over FBS program Idaho.

The Eagles are a mammoth offensively, averaging 45.2 points and 553 yards per game. Quarterback Eric Berriere has stepped for opening-day starter Gage Gubrud and has shined, completing 118-of-202 passes for 1,503 yards and 13 touchdowns in 9 games.

But the Eagles also love to run the football, led by halfback Sam McPherson, who has 130 carries for 1,008 yards and 9 scores on the year.

Defensively, Eastern Washington is stingy — much like Nicholls. They allow just 21 points per game and hold opponents to just 35 percent conversions on third down.

Kickoff for the game will be set for 4 p.m.

The game will be broadcast on ESPN3.

Nicholls last in the first round of the FCS Playoffs Last fall, But with a second chance, the Colonels pushed past their 2017 work and into the second round with an easy win over San Diego.