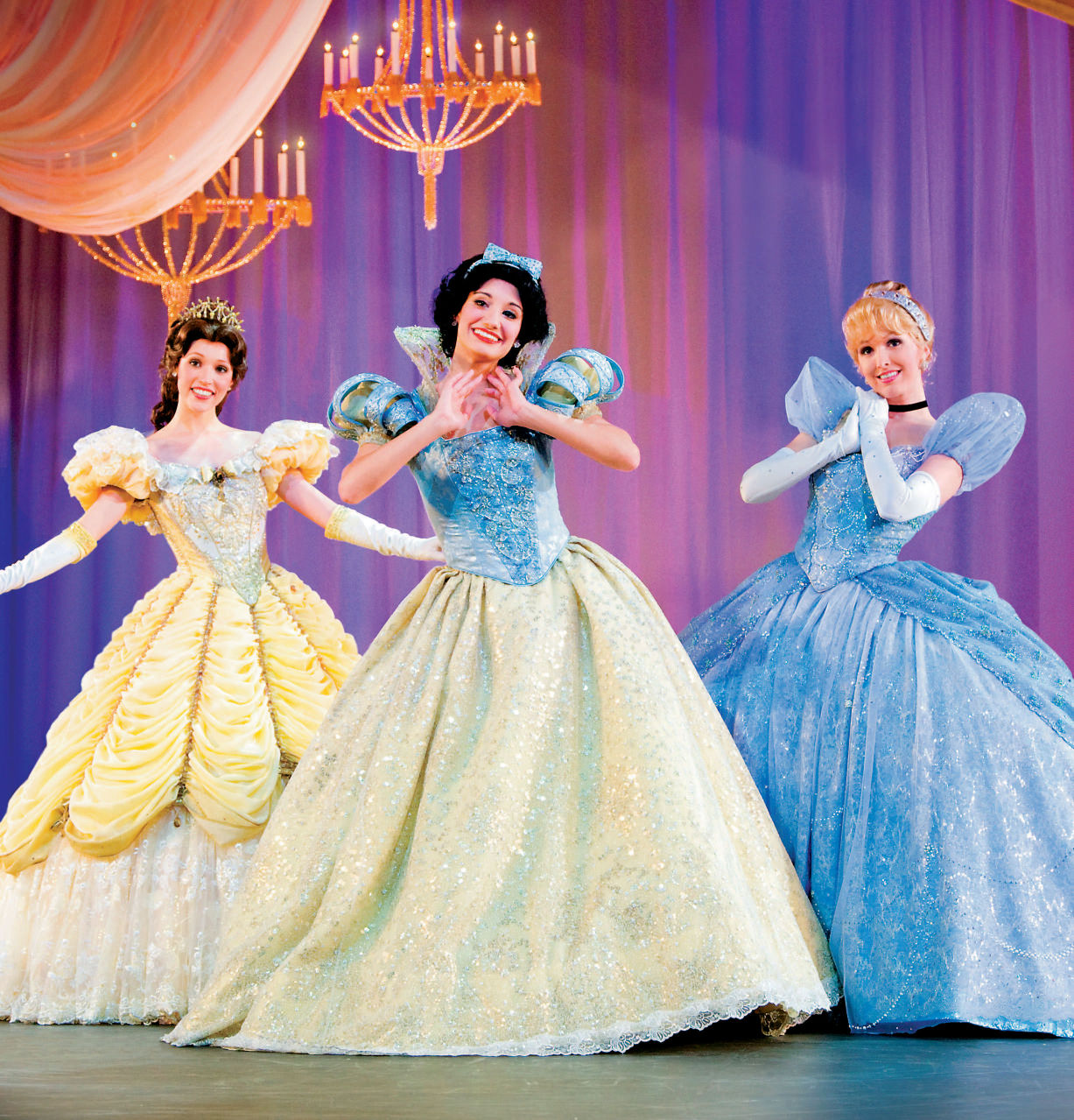 The magical world of three Disney princesses is headed to Houma Dec. 17 to enchant and delight audiences young and young at heart during “Disney Live! Three Classic Fairy Tales.”

Brought to audiences by Feld Entertainment, the masterminds behind the spectacle that is Ringling Bros, and Barnum & Bailey, the exciting production follows Mickey and Minnie Mouse, along with pals Donald Duck and Goofy, as they are transported from Mickey’s attic into the tales of three of the most popular princesses of all time – Cinderella, Snow White and Belle.

With each tale, the set transforms as if by magic, taking audiences on a whimsical journey through the most beloved Disney stories ever told.

Each part of the production puzzle, from costumes to lighting, put the show on the same scale as any full-fledged Broadway production. The myriad of outfits are crafted by Tony Award-winning costume designer Gregg Barnes with Disney’s signature magical element in mind. The costumes shimmer thanks to highly-reflective fabrics and Swarovski crystals, said Jenifer Maninger, Feld Entertainment senior global public relations manager, in order to make the elaborate outfits “look like they are lit from within.”

Gaspard has been traveling with the production as the comedic candlestick from Beauty and the Beast for the last year. “I get to go into work everyday and play dress up with these amazing, beautiful things,” he said.

The production spared no expense in the form of awe-inspiring special effects sure to make the little ones jump out of their seats in amazement. Smoke whirls around the Evil Queen during Snow White’s tale and sensor light technology follows characters in a playful manner as they dance and spin across the stage.

“I think one of the most epic scenes of the show is the battle between the Beast and Gaston,” Maninger said. “The lighting effects, as well as the turn table that rotates 365 degrees and the descending staircases all create this amazing effect of this huge, epic fight scene between Gaston and the Beast. You definitely feel like you’ve stepped inside the movie.”

Perhaps the most quintessentially Disney aspect of “Three Classic Fairy Tales” is the manner in which each of the princess’ stories are told – through instantly recognizable music.

Tunes are from the characters’ film and television counterparts, ramped up for the Broadway-worthy production.

Gaspard said he is anxiously awaiting the show’s arrival in Houma when his family and friends will be able to see him in action. Although the show is typically associated with a much younger audience, the actor said the attention to detail and spectacles are sure to entertain everyone that fills the seats on Dec. 17.

Performances of “Disney Live! Three Classic Fairy Tales” are at 4 and 7 p.m. Tickets are $15 – $70 and may be purchased at ticketmaster.com.

“Disney Live! Three Classic Fairy Tales” will feature Snow White, Cinderella and Beauty and the Beast characters on the same stage for a fun-filled show. The show will take place on Dec. 17 at the Houma-Terrebonne Civic Center.