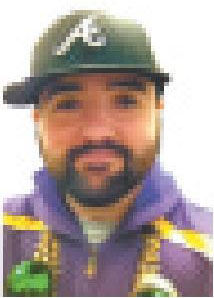 High school football is over and high school basketball is here.

College football’s season is over, but the bowl season is here.

LSU got hossed in College Station by its new biggest rival in the Aggies.

The Saints are cruising, the Pels are struggling and you guys have questions about what it all means.

In this week’s mailbag, we discuss it all, so let’s dive in.

Thanks to all for their questions. If you have one of your own, please send to casey@rushing-media.com.

Q: We have to ask you about LSU and that game.(Asked by Rob, Houma)

A: OK, SO we will start with my unbiased thoughts as a journalist Man. what a football game! It’s a shame that either team had to lose. Both the Tigers and Aggies played their hearts out and that was a hard-fought shugfest that we will remember for years.

LSU s defense had chances Late to get off the field and win the game, but the Tigers couldn’t get stops and that’s sort of unacceptable given the amount of budget the Tigers commit to that aide of the ball. OK. now that all of that crap is put aside, let’s talk with me giving my opinion as a fan and an alum of the school I think the ending to that game was part of a growing problem within the 8BCX I think that the fact mat more than 8 days have passed and the SEC still hasn’t

came out and publicly nude a statement admitting that incorrect calls were made Bays a lot about where we are as a League in terms of leadership. SEC Commissioner Greg San-key is a coward and a cheat and that’s a damned SHAME because the man he’s replacing, the late Mike Slive, was honest and decent — a great representative for our league. Sports reporters talk to athletic officials on a day-to-day basis. Everyone agrees with me. They just don’t have the platform” nor ability to say it publicly without fear of retribution But unlike SEC member schools and the league it self I am not owned by the University of Alabama* nor is this newspaper, so we will tell it like it is. As long as Sankey is in charge, the league will he run clouded in ineptitude and corruption. It’s just how it is On a aide note. I think head official Matt Austin should be fired folio wing that debs cle and MB crew shouldn’t be far behind. Google “Matt Austin referee0 and piles and piles of threads from message boards will come up from fans of different schools who have (legit) sour grapes about his work. That crew missed 100 percent of the 50/50 calls in that game. They also missed false starts and elementary stuff that even the moat amateur official would see. It’s inexcusable and a joke-an egg in the face of the richest conference in the world On a final, more positive note. There is no one an the flue of this planet who can tell me that Ed Orgeron was not born to coach this football team The feet that he was able to get LSU to keep pushing and playing hard through all of that adversity tells me everything that I need to know. Whispers after the game were that he was going to get a contract extension. Sign me up He may have his flaws We all do. But those boys adore playing for that Tram He needs to be here for a long long time.

Q: Are the Saints the best team in the NFL? (Asked by Russ, Houma)

A: If they’re not, they’re certainly in one of a pool of just 3-4 teams, most certainly. The Saints’ offense is a cheat code right now and nothing will stop them except attrition, turnovers or penalties. But heck, there are a lot of teams who can say the same. The Rams, Chiefs, Patriots, Steelers and others have offenses capable of scoring 30-50 points — depending on the flow of a game on a given week. But what I think is the difference maker right now for New Orleans is its defense. They still give up yards from time-to-time, but they generate a lot of big plays — either in sacks or turnovers. I think the Saints are going to be one of the last teams alive at the end. If they get home field advantage, they just might win it all.

Q: Is LSU basketball for real? (Asked by Tim, Houma)

A: I am glad I got this question because I have a bone to pick with Will Wade. There is no doubt that Will Wade is a terrific recruiter and he’s given new life to the LSU basketball program. For that, I am grateful. But I think there are a lot of on-court flaws with Wade’s coaching philosophy that will prevent the Tigers from winning close, hard-fought games under his watch. Wade goes and speaks at coaching clinics around Louisiana. I’ve seen him twice myself. At those clinics, he always talks about how he’s not big on rebounding and how he thinks that’s an overrated facet of the game. Well, coach, I disagree and, quite frankly, I think that’s stupid to say. LSU has been hammered on the glass this season and that’s been a factor in several of the team’s games. Adjust, adapt and evolve, coach. You desperately need it right now.

Q: Who is the team to look out for in high school basketball locally? (Asked by Rose, Thibodaux)

A: Well, for the girls, I think we can pencil Houma Christian in as a high-seed in Division IV. The Lady Warriors have a ton of players back off a dominant squad last season and they have the best girls’ basketball coach in the area on their bench in Kathy Luke. So we can start there and move outward. I think on the girls’ side, Ellender will be a force, but I also think South Lafourche is quietly going to be really good, too. Heck, they lost a ton. But they opened their season with wins against Thibodaux and H.L. Bourgeois. They’re super young, but I coached some of that youth. Those kids can play. On the boys’ side, I think Terrebonne is loaded with talent — almost an embarrassment of riches like they had in football. I also think South Terrebonne is a sleeper team, as-is H.L. Bourgeois. Assumption isn’t in our area, but their boys’ team is loaded in the Class 4A district, as well. Coach Derek Szush always does a good job with those guys They have size, speed, athleticism and the ability to challenge anyone locally in Class 4A – or even 5A. Heck, they can maybe even make a little in the tournament as well

Q: Looking ahead, who are the top football squads next fall? (Asked by Darren, Houma)

A: Sha, Darren, you’re putting me on the spot here, brother! That is almost a year away. I think Central Lafourche will be awfully good, as will Thibodaux. Both teams were young and athletic. The Trojans return some dominant receivers and an elite halfback in Deon Jenkins. Coming out to Terrebonne Parish, honestly, I think Terrebonne will be one of the teams to beat again. The Tigers lose a lot. There’s absolutely no doubt about that. But they return a lot, too. And heck, their varsity team wasn’t the only team to prosper this fall — their JV and freshman teams were dominant, too. I think there’s a really good chance that Terrebonne is a playoff team next season — a team more than capable of making a run once in the bracket. Also, draft sleep on H.L. Bourgeois.

Q: Who would you pick with the No. 1 pick in the NFL Draft next spring? (Asked by Pete, Houma)

A: It depends on the team with the pick, obviously, and what their respective needs are. but if I am just grading who I think the best, most NFL-ready player in the draft is, I think Quinnen Williams from Alabama is the best college football player I’ve seen this year — if not ever. Those are bold words, but the guy is an absolute monster and disruptive force on the edges for the Crimson Tide. Heck, just look at the LSU/Alabama game. The Tigers tried blocking him with one player to no avail. Then they tried to chip him. That didn’t work. Then they tried to double-team him. That didn’t work. Then they went to max-protect. And guess what? That didn’t work, either. Williams is the most disruptive force I’ve seen in college football this season and with how important pass rushing is at that level, I can’t imagine that he wouldn’t be a Top 5 pick — if not No. 1 overall.

Q: What’s going on with the Pelicans? (Asked by Nick, Raceland)

A: I don’t know that anything is necessarily “going on” with the Pelicans. I think they’re just an average basketball team, who is doing exactly what average teams do. What bothers me most about the Pelicans is their lack of consistent fire. They’ll play the Warriors or Rockets and look like a true, bonafide NBA Championship contender. But then they’ll play the Knicks or Bulls and sleepwalk through 75 percent of the game and either win at the last second or lose. That’s on Alvin Gentry, but you know what? It’s also on Anthony Davis, too. Davis is a Top 3 talent in the NBA, but I refuse to call him a Top 3 player because in the NBA, Top 3 players win ballgames consistently. Until he shows me that he can day-in, day-out be that dominant force, I’m not giving him that honor. Until he proves to me that he can play more than 5-6 games without missing a week with a nagging injury, I’m not sold.

I have some room, so let’s get a few non-sports questions. These are always my favorites.

Q: Give me a NetFlix show. You know I always ask. (Asked by Jennifer, Houma)

A: I have 3-4 loyal readers who ask me about NetFlix every, single month. I want you guys to know that I think that’s awesome. This month, I’d recommend Dogs — the new documentary NetFlix released. It’s absolutely incredible. This isn’t on NetFlix, but I’d also recommend Christopher Robin as a good family film during the holidays. I will say this. I absolutely, positively cannot wait for Welcome to Marwen. I think that has a chance to be one of the best movies of all-time. I am a huge fan of Steve Carell and the storyline in that one is stellar.

A: The new Madden is excellent. The new NBA2K is excellent. But if we’re not talking about sports games, I’ve heard great things about Red Dead Redemption II. I must admit, I’ve not played this title myself, but people I really trust have said it’s excellent. I do know the first game was excellent. This isn’t a new game, but Donkey Kong Country Tropical Freeze is an excellent title on the Nintendo Switch and Wii U. That’s a good, family-friendly video game.

Are the Saints the best team in the NFL Heck, we think they have as good a claim as anyone right now.