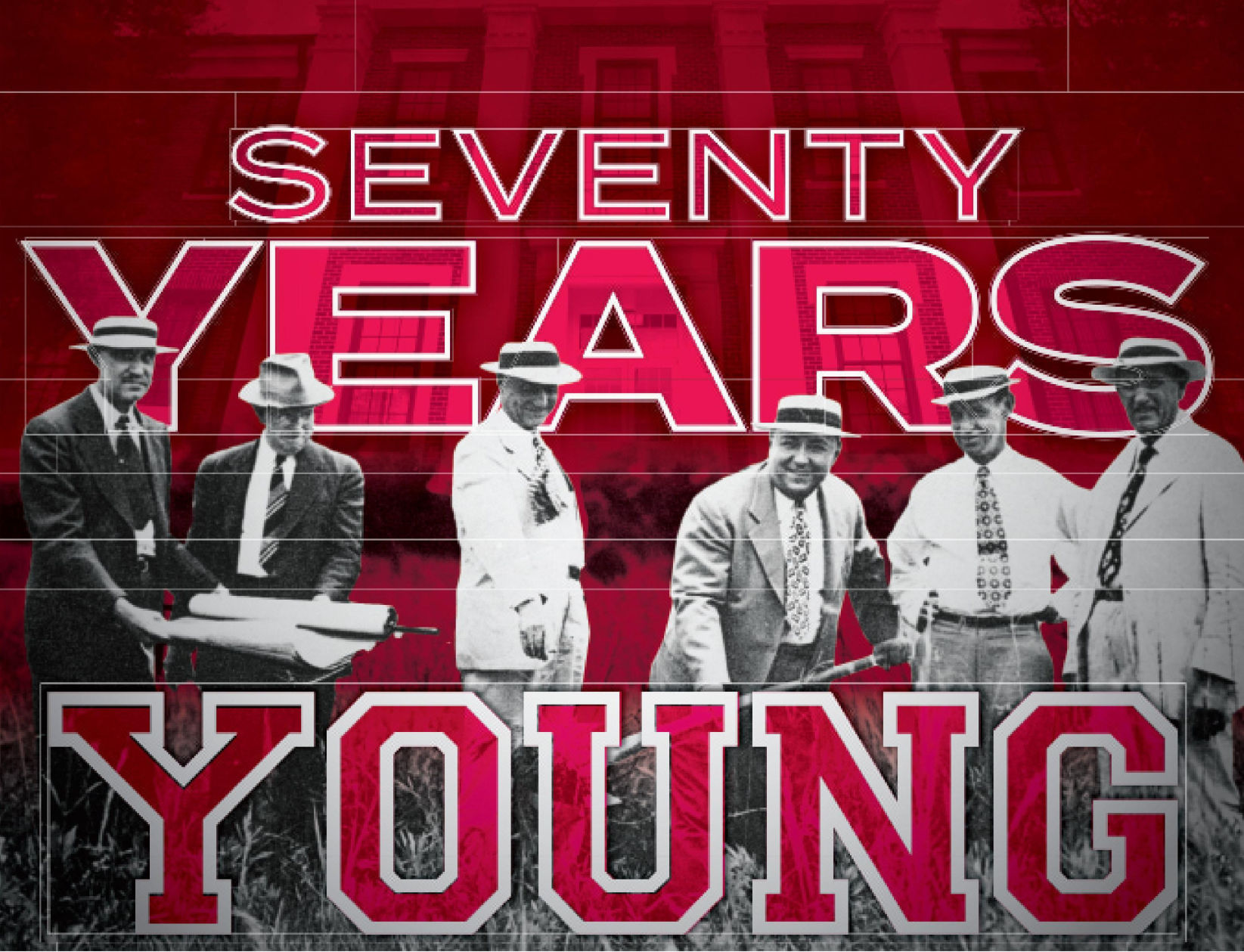 Through six presidents, three name changes and a period boasting the tallest building in Thibodaux, Nicholls State University has seen one core characteristic of its existence remain unchanged–its emphasis on community and family. As the university celebrates its 70th anniversary as the college “closest to the coast” this September, it is that value that members of the university want to hold nearest.

“I look at Nicholls as a place where a variety of people’s stories intersect, and if we take time to listen, man, we can grow and learn so much from one another,” Farren Clark, a speech instructor and alumnus of Nicholls said.

Clark began his freshman year at Nicholls in 1999 as a mass communication major after signing onto the track team, where he later went on to set the school record in the 800-meter run during his junior year. Now in his eleventh year as a professor at Nicholls, Clark said he has certainly seen the university grow over the years. Most notably, he remembers a time when the tallest building in Thibodaux stood on Nicholls campus.

“Nicholls used to have the tallest building in Thibodaux–Long Hall–where, when I was a student in ’99…all male freshmen stayed,” Clark said. “It was taller than Ellender [Hall] and had a slower elevator and the walls echoed because everything was concrete.”

According to Nicholls State University: The Elkins-Galliano Years, 1948-1983 by retired professor Alfred Delahaye, Nicholls opened its doors on Sept. 23, 1948, under the name of Francis T. Nicholls Junior College as a means of combating the region’s long-existing shortage of a lack of qualified teachers and workers. At the time, Louisiana only contained a total of six public universities, none of which were reasonably close to the bayou region. For many locals, attending any of those institutions was not realistic for familial and financial reasons.

“We needed to grow our own teachers,” John Doucet, dean of the college of arts and sciences and an alumnus of the university, said. “To me it was the demand of the people that created this university, so I always like to call it a people’s university,”

Nicholls became a four-year institution in 1956 under the name of Francis T. Nicholls State College, with Charles Elkins appointed president by the Board of Education. It received university status under its current name in 1970.

Now, Nicholls continues to make a unique impact on the bayou region and students past and present.

“Nicholls is such a gem…It serves a six, seven [or] eight-parish area in a way that’s just so special…and the economic impact that we give the area is just huge,” Randy Cheramie, an alumnus of Nicholls and instructor at the Chef John Folse Culinary Institute (CJFCI) said. “If Nicholls wouldn’t be here, Thibodaux would be a very, very, very different place.”

Cheramie graduated from Nicholls in 1976 with a degree in theater in what he described as the “four best years of my life.” While running his parents’ restaurant from 1981 to 2001, he accepted a job as an adjunct culinary instructor in 1999 at a time when the culinary department had only three instructors and the university’s student-run restaurant, now known as Bistro Ruth, operated out of a classroom in Gouaux Hall.

“Teaching there was just a real pleasure,” Cheramie said. “Gouaux Hall…we made the best of it.”

From his time as a student to his 19-year service to the CJFCI, Cheramie said that he takes pride in being part of Nicholls’ legacy.

“Being part of that 70-year legacy means an awful lot to me…There’s no other university that I know of that is so student-oriented,” Cheramie said.

Nicholls is set to celebrate that 70-year legacy with a series of special events throughout the fall semester, including the investiture of President Jay Clune and an accompanying gala to benefit the Bridge to Independence and greenhouse programs.

Director of University Marketing and Communications Jerad David said that the inauguration will serve to reinforce the celebration’s family premise.

“We’re trying to tie that big theme that Nicholls is one big family,” David said. “People here are very family-oriented….Because this is sort of Dr. Clune’s homecoming…that was one of the other reasons that we wanted to drive home that family theme and that family feel.”

An alumnus of Nicholls, Clune described the concurrence of his inauguration with the 70th anniversary of the university as “remarkable.”

“To think about the fact that in 70 years we we’ve only had six presidents is really quite remarkable in this day and age,” Clune said.

The anniversary events were organized by Doucet, who is set to deliver a lecture on the Great Cheniere Hurricane of 1893 as a part of them. Additionally, the Nicholls Players are scheduled to perform his award-winning play about the hurricane, Tant que Durera la Terre.

Other special events will include a Monster Piano Concert in the Danos Theater, an alumni brunch and historical presentation on the anniversary itself, a “Closest to the Coast” lecture by past Director of the Barataria-Terrebonne National Estuary Program Kerry St. Pe, an evening of readings by Nicholls poets and an exhibit on Nicholls’ history at the Ellender Memorial Library archives.

As Nicholls celebrates 70 years of existence, Doucet recognizes the university for its resilience in the face of its struggles like fighting for funding.

“To see Nicholls survive for 70 years with all those struggles is just amazing to me. As an alumnus and as a professor, I’m very proud, and it’s very meaningful to me that we’ve been around for so long.”

“I think it means that Nicholls is really seeking to come through strong…to really embody its mission,” Clark said. “Looking back at 70 years, it’s like wow…I’m proud to be a part of this university.”