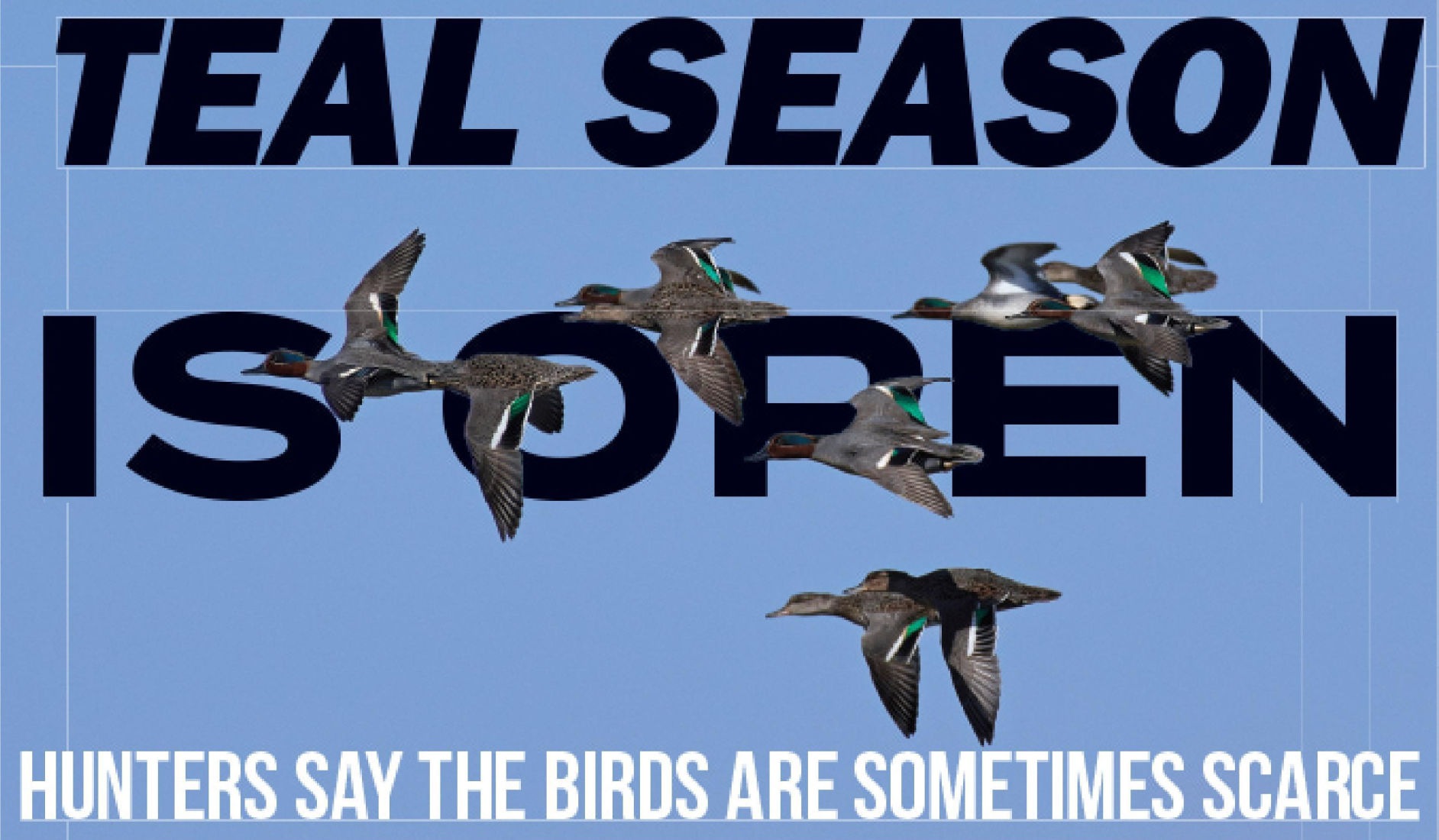 Summer turned into autumn this weekend as we officially entered the third season in our calendar year.

But Louisiana didn’t get the memo, apparently.

Even with the change in season, temperatures remained scorching — a prolonged beat that is affecting one of the favorite time a of the year for avid hunters.

Teal season opened Sept. 15 and chutes through Sept, BO in Louisiana — a popular time for hunters who use the season Id hag the prized birds, while also getting ready for duck season later in the fall.

But while hunters say the teal are hare — a product of their migration from the North — getting to them is a problem.

And have you ever been. in the marsh when it’s warm and humid? When that happens, hunters sometimes become hunted by massive mosquitoes who can turn a hunt into misery faster than an outdoorsman can aim and fire his/her weapon of choice.

“The start to the season has been a little bit slow,” Raceland native Rosa Pitre said. “We’ve seen a lot of birds, but it’s sure been uncomfortable. It’s hot, humid, sticky and the mosquitoes are as big as cockroaches. They’re fit to eat you alive. Like I said, you can get some nice teal, but you sure will have to work for them. Usually, you can hear the shots. But right now. we don’t hear as many in the marshes. I think hunters are deciding they’re better served to sit this one out.”

But some folks can’t stay away.

And to the early bird comes the biggest worm.

For hunters able to withstand the tough conditions, there are growing numbers of the migratory birds roaming through Louisiana looking for a winter home.

Teal are like many other species of birds. They need cool, but not frozen temperatures, to survive. During our warmest months, they stay in northern Canada. As winter builds, they slowly make their way South, reaching the upper reaches of the United States by August, then to our area during early-to-mid September.

On Sept. 19, reports said there was “moderate” activity in Arkansas with activity in Texas and Louisiana listed as light, citing heat and mosquitoes.

But in the coming weeks, the birds are going to continue their ascent to the South and activity hi Louisiana is going to rack up.

The challenge for the Louisiana Department of Wildlife and Fisheries is to try and figure out when exactly the peak of that activity will be.

This year’s season is set through. Sept. 30, hut activity may be heavy into October, thus the challenge the organization faces.

Daily hag limits are 6 birds and a possession limit of 10 exists throughout the season.

“We’re seeing them,” avid hunter and Galliano native Raid Breaux said, “They’re on the way down. Some people I know have had good days. Others haven’t. But you know they’re on the way. If we could get a nice little cool front, the end of the season would be even better.”

Teal season is sort of an appetizer.

Almost all avid fowl hunters have the November circled in their calendars. Louisiana duck season he gins either Nov. 10 or Nov. 17 depending on the hunting zone. Along the coast we have an active season from Nov. 10 – Dec. 2, then again from Dec. 15 – Jan. 20.

Duck season is wildly popular in Louisiana — one of the busiest times of the year for out-doors lovers.

Houma native Ryan Theriot said he remembers hunting as a kid and now also as an adult.

He said the colder, the better. He said those cold days in the duck blind make for the best memories.

“The stories are the best when weather id part of the day,” Theriot said. “But it’s just fun, man. I don’t even eat duck. I give what I kill away. It’s just the challenge and the thrill of being out there hi the wild. I wouldn’t trade it for anything else in the world.”