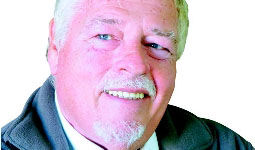 In a state that already has one of the nation’s strongest religious protection laws on the books, a state legislative committee was the venue last week for a battle on the matter of whether state law should afford additional protection for people whose religion specifically tells them that same-sex marriage is an abomination.

Vilified in particular by gay rights activists, the proposed law arguably could have protected those who favor the concept of same-sex marriage as well those who oppose it, though it is clear that such pan-intellectual protection is not what its authors had in mind.

The House Civil Law and Procedure Committee rejected the measure after a lengthy hearing last week, hurling it into the limbo of re-scheduling, meaning it was killed for this session.

Among those greatly disturbed by this was Louisiana’s governor, Bobby Jindal, who spat out an executive order almost immediately, the language of which contains provisions similar to the trounced law.

That Jindal’s use of the occasion to stand on a bully pulpit for a sermon directed at voters in places other than Louisiana is a story now oft-told and worthy of no repetition here.

Informed people in Terrebonne and Lafourche with strong views on either side of this debate are not likely to be persuaded across the opinion divide.

Worthy of discussion, however, is how those who would succeed Jindal have reacted to his vainglorious action, seen as a by-product of his presumed vanity bid for the presidency.

The addresses used were info@jaydardenne.com, angelle@geauxangelle.com, media@johnbelforlouisiana.com and the direct e-mail for a Vitter campaign staffer.

“We are checking with all announced candidates for governor for an answer to the following question: If elected governor will you rescind or keep in place Executive Order BJ15-8 signed this week by Gov. Bobby Jindal, otherwise known as the “Marriage and Conscience Order” and on what do you base your answer? Thanks for taking the time,” is the query’s precise wording, sent in the name of this newspaper.

The only response came from John Bel Edwards, who is a member of the committee that heard the testimony regarding the initial proposed law.

“I would rescind Jindal’s executive order because both it and HB707 undermine the 2010 Preservation of Religious Freedom Act, that I voted for, which affords the strongest possible protections to religious liberty possible under the law,” Edwards’ e-mail response states. “Also, it is my view that it is unconstitutional for several reasons, and would lead to several unintended and negative consequences. I take my oath of office seriously.”

That the other three candidates chose not to answer is distressing and telling. A response to the question about Jindal’s politically-loaded executive order similar to that of Edwards, the only Democrat, could damage any of the remaining candidates, all Republicans.

And so until convinced otherwise I have no option but to brand the silent trio as cowards. More distressing than any opinions they might have unleashed is their choice not to answer the question.

By contrast I must take my hat off to Beryl Amedee, a Terrebonne Parish Council member who is not running for governor but did, in a chance conversation, not hesitate to express her views of support for the action Jindal took, in a well-thought answer with which I personally disagree.

The unfortunate truth that emerges from this exercise is an understanding that sometimes it’s not so much a candidate or office-holder’s stand on a particular issue that speaks to his or her character as the willingness to be publicly accountable for his or her thoughts..

In that regard, while I despise the intent and execution of Jindal’s pandering order, I suppose props are due him as well. I may not agree with someone’s opinion, but I will defend to the death not only their right to speak it, but their willingness despite the potential for rancor and criticism to speak it at all.

Gov. Bobby Jindal has been accused of playing to the national Republican right with an executive order containing material rejected by a House committee viewed by many as supporting anti-gay bigotry.