Community more than a word for funeral firm 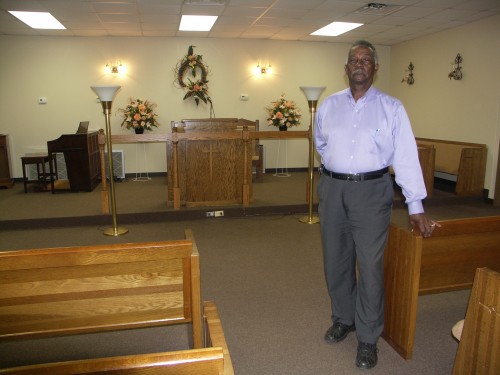 Blatant segregation continued during almost three-quarters of the 20th century. The Supreme Court might have outlawed unequal opportunity among races in 1954, but for much of the country, people who knew their place also realized there were businesses that served people of color and businesses reserved for the white population.

Literally from cradle to grave where any family conducted business was often influenced by heritage and complexion. When a segment of the population realized public demand was greater than their resources, they responded to meet the need.

Fulfilling necessity is the history behind Community Funeral Home in Houma. In 1971, local business owners and educators recognized an opportunity for the presence of a new funeral home for black people – as the existing mortician and funeral director was unable to keep up with public demand.

From that group effort, Community Funeral Home in Houma was created. During the next 41 years, families of all races extending beyond the Tri-parish region have come to appreciate the independent service that can be customized to individual needs.

Community Funeral Home is operated by a board of directors. Trained and skilled professionals perform daily operations to offer more than standard preparation and burial. They work with local churches to provide grief counseling and provide top-of-the-line products families in sudden need or planning for future arrangements.

“We were built upon integrity, professionalism and affection,” Community Funeral Home President James Matthews said. “We own and operate this for the people that are here [rather than part of a corporate system]. That is one of the reasons we have been successful. We know everybody and have been part of everything locally. We structure what we do around the people here.”

Community Funeral Home was named the NAACP 2009 Business of the Year and has been known for helping support area schools and charities. “We help the Relay for Life, and we assist kids in school programs,” Matthews said. “Any charity, we will contribute to them.”

When it comes to business, Matthews said the cost of traditional funerals begin at approximately $2,000 and go up from there. Cremation starts at $1,900. “People can come in and decide what they want to do,” he said. “Sometimes, we can offer a special. When I first got here we never heard about cremation. Now it is becoming more common.”

A mobile society and families living great distances from one another have increased the popularity of cremation, according to Matthews. Once thought as taboo, it is a practice that is gaining acceptability. During 2011, Community Funeral Home had seven cremations in comparison to the 140 traditional burials performed. “Before that, we have maybe three,” he said.

One of the most significant changes to the funeral business during the past four decades has been the growing popularity of pre-planning arrangements. “When we first started, we didn’t have pre-planning,” the business president said.

Matthews said the funeral industry has improved over the years. “We offer families a lot more than we did when we first started the business,” he said. “Here at Community Funeral Home, the people we hire are people that want to be part of something. They have dedication to the people. I think people are more professional and accountable with dedication, caring and compassion.”

Although this and other funeral homes might have set office hours, Matthews admitted the job itself is a 24-hour daily profession.

“You never know when you will be needed,” he said. “People are going through bereavement and it can be difficult. Sometimes, I cry with the family.”

Matthews said the most challenging part of this work is meeting with people during their bereavement and knowing they do not understand the procedure their loved one’s remains must undergo in preparation.

In terms of satisfaction, Matthews said his reward comes when he sees a job well done and a family pleased with the care given to their loved one and themselves.

“When the family tells you everything looks good, it lets you know you sent someone home in the right way and did something good,” Matthews said. “That is one of the joyful things I get out of being in the funeral business. Then we know we really are part of the community.”

Community Funeral Home President James Matthews said offering an on-site chapel provides some patrons the comfort of having a spiritual setting. Being an independent funeral service also offers this business the opportunity to be an active member of activities to benefit the Tri-parish region.