Angelle, Scott give outlooks on when Louisiana should adapt to the changing energy industry 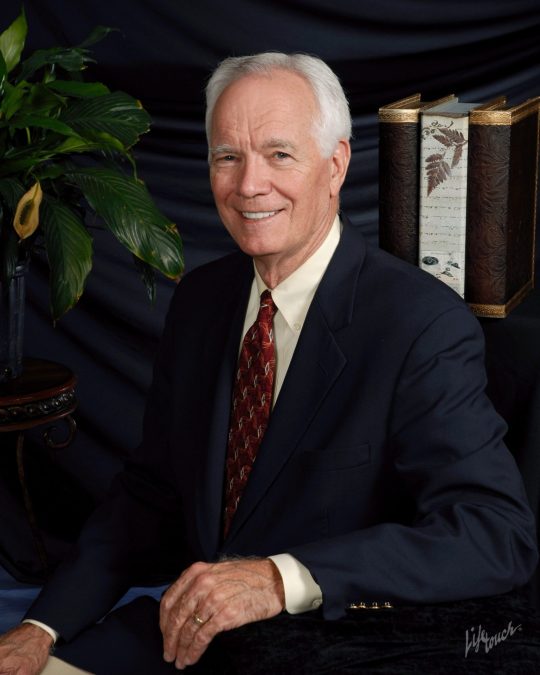 As the world grows more environmentally conscious, the energy sector becomes more encouraged to find alternatives to traditional fossil fuels. With Louisiana being one of the country’s leaders in oil and gas production, the polarizing question of when Louisiana should shift efforts to adapt to the times remains.

Dr. Loren Scott, an acclaimed Louisiana economist and LSU Professor Emeritus, and Scott Angelle, former director of the Bureau of Safety and Environmental Enforcement for the U.S. Department of the Interior, joined a webcast hosted by the 10/12 Industry Report to give input on the matter.

Angelle feels, whether it’s actually happening or not, global warming is one of the major issues of this generation.

“Much of the world believes it’s real, and many young conservatives believe we need to be more responsive to Mother Earth,” he said. “Louisiana has the opportunity and responsibility to recognize this and be responsive to those issues.”

He also noted that about 75 percent of the world’s population has joined The Paris Accord, a legally binding international treaty on climate change adopted in 2015. Former President Donald Trump withdrew the United States from the agreement, but President Joe Biden issued an executive order to rejoin it.

Angelle believes Louisiana can be at the forefront of this environmentally conscious movement while still keeping drilling in the Gulf of Mexico.

“We can advance the health of our planet and meet our goals under the Paris Accord by substituting foreign-sourced production with more, and not less, U.S. offshore energy, while simultaneously strengthening our domestic economy, national security, energy security and saving jobs for American energy workers,” Angelle said, quoting his guest column in the Advocate.

According to the former federal official, Gulf production has low carbon emissions, zero marine mammal or sea turtle fatalities since at least 2017 and the lowest volume of oil spilled in 2018 and 2019, making it an “environmentally advantaged province.”

The state can explore new opportunities, including investments in a liquefied natural gas expressway and offshore wind energy for the energy production growth, Angelle said.

Scott remained more skeptical than his fellow panelist. He pointed out the “bad news” coming from the Biden administration such as the appointment of Deb Haaland as U.S. Interior Secretary and the ongoing moratorium on lease sales on public lands and waters, among other signals that alarm him.

The economist also used historical and current data to argue that climate change isn’t such an existential threat as it’s being made out to be and believes the world won’t be able to turn to renewable energy as quickly as many expect.

There are several “gateways” electric vehicles (EVs) have to go through before they can replace  internal combustion engines (ICEs), Scott said. These obstacles include range, affordability, the shortage of charging stations, charging times of EVs, supply chain problems, expensive repairs and mining issues, according to Scott.

Citing Daniel Yergin, a leading energy authority, it would be until 2050 that the world can see 10 to 90 percent of EV usage, Scott said, also arguing that change is more likely to come from a government ban on ICEs than from EVs becoming more compelling to consumers.

“That’s an indication of the degree of uncertainty about how long it’s going to take getting through these gateway issues,” he said.

Louisiana should not turn away from oil and gas production, Scott believes, as it pays for infrastructure and creates tax revenue for state and local governments.

“This transition [to renewables] is not going to hit all states the same…But Louisiana is one of these states where the transition is going to be very serious,” he said. “We [Louisiana] are the No. 2 producer of oil in the United States, heavily much of it coming from the Gulf of Mexico…If you’re going to produce oil in the United States — this is where you ought to be producing, from an environmental standpoint.”  •