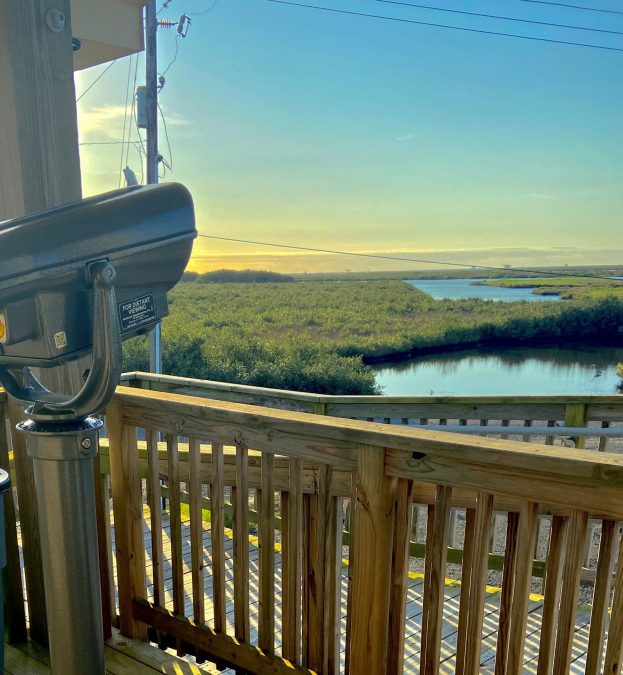 Optimism remains at Port Fourchon, despite the hardships of 2020. Through hurricanes and a new presidential administration, Port Fourchon remains “Ready for Today, Ready for Tomorrow”, looking forward to all the advancements and improvements coming in the new year.

“Although this is a challenging time for us, it’s also a time full of activity with the commencement of a Airport Bridge and Connector Road Project at our airport as well as the reality that the completion of the elevated highway leading to Port Fourchon will begin construction within the next year,” shared Chett Chiasson, Executive Director of the Greater Lafourche Port Commission. “When combined with future plans to dredge deeper in our Port as well as continuing to develop bulkhead thanks to additional Port Priority Program funding, we have much in the way of Port Commission and grant dollars tasked to advancing the Port forward in the coming years. This doesn’t even take into account the opening of access to kayakers to make use of our one-of-a-kind Coastal Wetlands Park by this summer. The list goes on and on, but this is a sampling of the many things we are actively involved in as we approach this summer. Needless to say, our future is as bright as it ever has been.”

This Airport Bridge and Connector Road project was made possible through the awarding of $16.4 million federal BUILD grant as well as state and local dollars.

While completion of the $32.957 million project is still several years away, the building of this bridge and connector road will provide a vitally important infrastructure piece that was missing until now.

“The plain and simple truth is our airport is a success story,” Chiasson said. “When our Board of Commissioners purchased the airport from the parish in 2001, we did so knowing it was an investment in the future of Lafourche and our valued tenants and users.”

According to a state-commissioned study performed in 2019, the Galliano-based airport ranked fourth out of 61 general aviation hubs with a total economic benefit of $97,628,000.

While impressive, the lack of accessibility from a transportation standpoint has continued to handicap the overall growth of the airport.

This upcoming project will change that by allowing for the development of a true industrial park adjacent to the airport; an airport featuring a 6,500-foot long runway, full instrument landing system, an AWOS weather system, full parallel taxiway, 24/7 self-service fuel station, and a pilot’s lounge. Future plans call for even more development at the airport in the form of a new hanger.

An incredibly busy storm season, which ended with a direct hit from Hurricane Zeta in late October of 2020, posed problems for Port Fourchon, both seen and unseen. Besides the visible scars of downed power poles and damage to buildings, another issue known as siltation emerged that hampered navigation in and out of the Port.

This same siltation helped to lessen the draft (depth) in the Belle Pass channel that exits into the Gulf of Mexico.Without the necessary draft, vessels heading offshore were limited on the times in which they could safely travel through the pass.

Needing a remedy, the GLPC team worked with the U.S. Corps of Engineers to perform an emergency dredge project to bring the pass back to its full 27-foot depth.

“We are always guided by the realization that our tenants and users are what make Port Fourchon what it is,” Chiasson said. “When we found out about this siltation, we were quick to act. This required us to spend GLPC funds to address the problem in short order, which we did.”

After beginning in early December, the project spanned nearly six weeks. By mid-January, the depth in Belle Pass had been restored to its previous levels.

After the Greater Lafourche Port Commission completed 2071 Linear Feet of bulkhead as part of its Northern Slip C expansion project in 2019, more work quickly began to add even more bulkhead by making use of further space provided by Slip C.

Therefore, this led to the recent completion of 1100 LF of waterfront development, which expands Port Fourchon’s footprint to in excess of 76,000 LF of bulkhead.

With this extra bulkhead now constructed, Port Fourchon has more than 4/10th of a mile of space for prospective tenants to operate from.

Many millions of dollars have been spent to develop all this bulkhead with much of that coming through a mix of Louisiana Department of Transportation and Development Port Priority Program as well as GLPC funds.

Plans are currently underway to continue building out bulkhead in the adjacent Slip D.

“These projects from start to finish demonstrates further our commissioner’s commitment to providing our customers in the Deepwater Offshore Energy Production sector with additional resources in the realm of potential future tenants who are already actively engaged in pursuing the available lease space this and other projects afford them,” GLPC Port Director Chett Chiasson said. “These efforts we are engaging in today are born from the understanding that we are open to all forms of energy production operating out of Port Fourchon. With our strategic location to the Gulf, it only makes sense to provide space for all industries representing both the renewable and non-renewable sectors.”

With such a beautiful coastal landscape surrounding Port Fourchon, an idea was forged in 2019 to bring about something unique for visitors wanting to experience the amazing views more thoroughly.

After thinking about it at length, a decision was made to research the possibility of purchasing view finders. Around the same time, Louisiana’s Cajun Bayou was offering a Tourism Investment Program grant opportunity.

The end result was a generous grant award that was matched with GLPC dollars in order to buy four self-focusing view finders. These are same type of view finders that you typically stumble upon when visiting far away destinations. The difference is the view finders in Port Fourchon are free to use.

Currently, two of these view finders have been installed and are available for use on the upper level of the bath house at the Irvin P. Melancon Public Boat Launch.