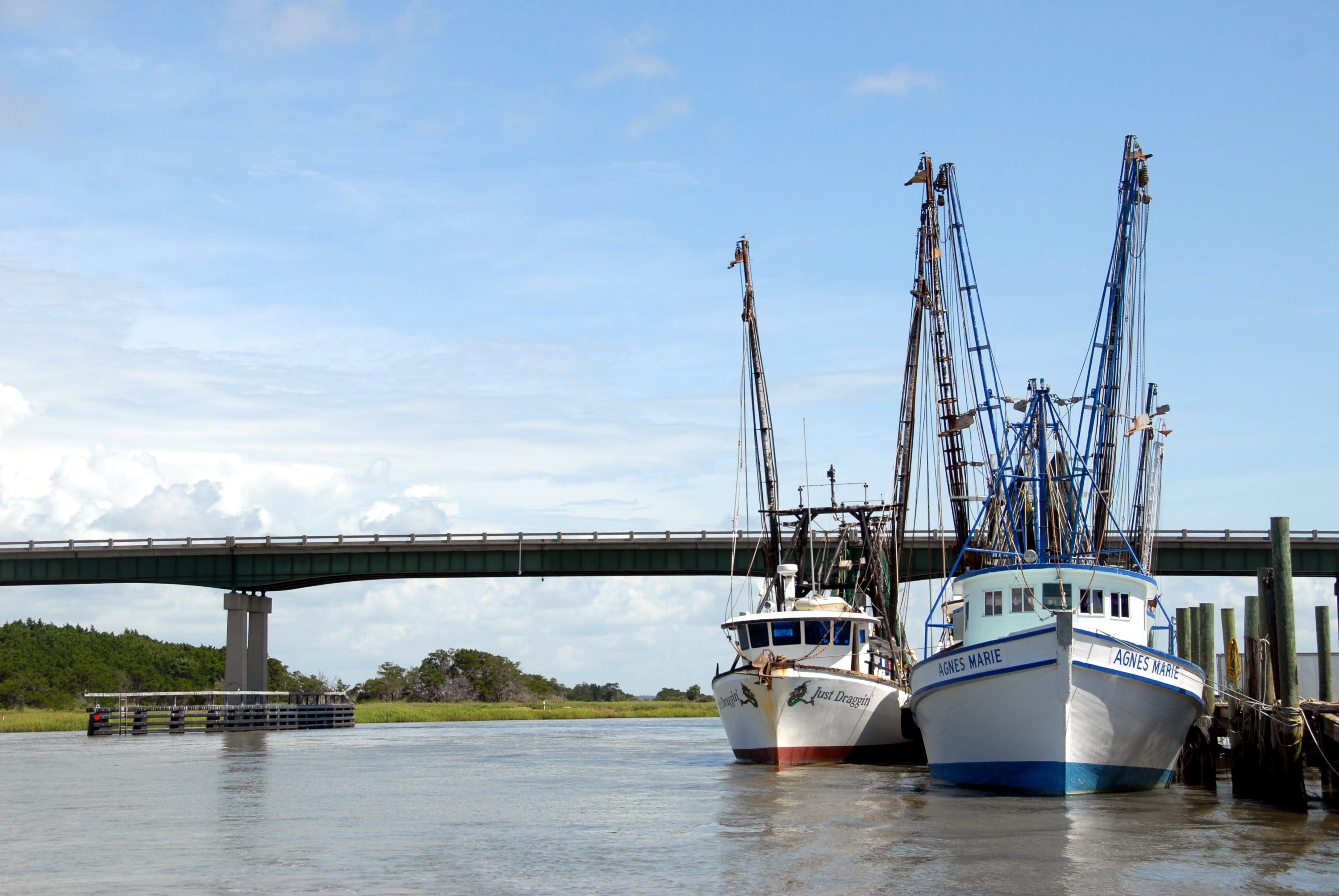 When the COVID-19 pandemic swept across the Bayou Region, it hurt not only the restaurants and casinos but also the area’s shimprers and other fishermen, who spend long hours on the water hauling in catches for local establishments’ seafood supply.

“[The pandemic] disrupted the supply chains,” said Julie Falgout, Seafood Industry Liaison with the Louisiana Sea Grant. “And it happened right in the beginning of Lent season, when our fishermen, our docks, our processors sell a lot of fresh products, or products held in cold storage — froze and kept for customers that needed certain sizes of shrimp.”

Even though restaurants were able to open for takeout and delivery, Falgout explained, the supply chain was still shut down. For example, she said, where a restaurant might buy ten cases a week, they would maybe buy one. So in turn, with a lot of products still in cold storage it made it difficult to buy new products coming in during the shrimp season, causing the prices to go down even more, she said.

“We had a very slow start to this May season, brown shrimp wise, which was actually probably a blessing in disguise because they didn’t know where they were going to put the product anyway,” said Angela Portier, co-owner of Faith Family Shrimp Company, a shrimp wholesaler and retailer based in Cocodrie.

“So by not having a whole bunch of shrimp it really lessened the load and the panic,” she continued. “I think God works it all out; God knows what we need and when we need it.”

For their dock, June is normally the best month, Portier said, and October, November and December are the best months for their vessels production wise.

Something that is helping local fishermen is Louisiana Direct Seafood, whose mission is to “help coastal fishermen connect with consumers, and build community support for fresh, wild-caught seafood products.”

The initiative set up an online platform that consumers can use to directly contact fishermen who list their products on the website (louisianadirectseafood.com) arranged by different ports. (LaTer Direct Seafood covers the Lafourche-Terrebonne area.)

The website also has an online shopping market, with locals selling a variety of products including, tuna steaks, oysters, shrimp, red snapper and more.

“I think that’s going to be the wave of the future, at least for the foreseeable future,” Falgout said. “One of the things that’s happened during this — and this is nationwide — is that people like shopping online for their food. Many don’t really like going to stores anymore.”

“I believe this is an opportunity for some of our fishing families to be able to do some different things and be able to stay in that industry and be successful,” she continued.

Falgout also said they are soon to go live with a marketplace for docks, processors and retailers to sell large volumes. “We want to address different segments of the industry,” she added.

Although there have been some tough times recently, Falgout feels local fishermen, as resilient as they are, will pull through.

“Our fishermen here, especially in Terrebonne and Lafource, love what they do and they’re good at it. And they’re gonna find a way to make it,” Falgout said. “Fishermen have always adapted from the beginning of time. They’ve always adapted to whether it’s new technology or a hurricane came through or whatever, they know how to get up, pull up their bootstraps and get going again.”

At press time in early June, as Tropical Storm Cristobal makes its way closer to the South Louisiana coast, Portier said it’s a higher power that’s going to get them through the next obstacles.

“We worry, but we shouldn’t because God is in control at the end of the day,” she said. “Life is just a challenge, and we’re going to overcome it.” •