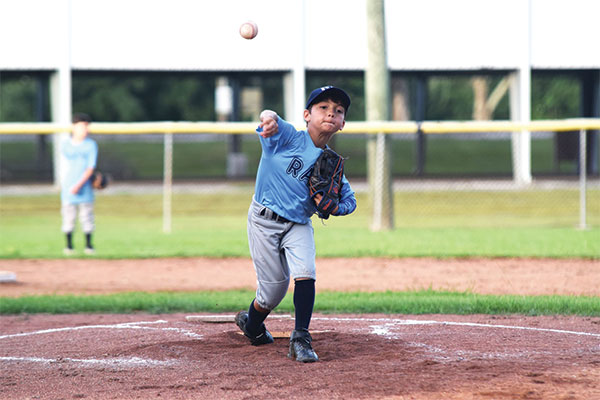 A tumultuous focus on how public recreation is administered, handled and is paid for continues in Terrebonne Parish.

The local government’s own recreation department, which administers programs at various gyms and playing fields, has a new director who so far has gotten positive marks while the system he oversees is re-organized.

Recreation districts area distinct entities, one legislatively created, that levy taxes to pay for fields, gyms and other facilities where people play basketball, football, baseball and other games. They do not organize teams, the way the parish recreation department does.

“I was searching for someone who has administrative, operational, human resources, budgeting, purchasing and business skills, and safety training with some coaching experience,” Dove said, explaining his pick. Lerille now oversees a $2 million annual budget.

His agency, along with two parish recreation districts, is undergoing audits ordered by Dove in the face of various alleged improprieties. Washington, Dove said, voluntarily resigned his position from supervising an agency that is the subject of a criminal investigation. The probe is focused on disappearance – or lack of posting – of gate receipts from a 2017 softball tournament that was supposed to go to the parish.

Washington resigned his post after criticism surfaced because he was in the presence of a former coach who faces a human trafficking charge at an out-of-town girl’s basketball tournament. The former coach was not supposed to be in the same place as children, and Washington appeared in a photo taken at the event. No accusations of untoward behavior have been made against either Washington or the coach.

Following two years of scrutiny regarding some recreation districts, reform advocates have developed a campaign to change how those districts operate.

Rec Reform for Terrebonne would like to see a revised organizational structure in Terrebonne Parish Recreation and the districts.

“We want to see continued improvements at the TPR level and a system-wide improvement at the districts in north Terrebonne,” said Houma attorney Nicholas Hebert, a Rec Reform spokesman.

“Current policies and procedures need to be reviewed and amended to meet the demands of modern-day recreation and be applied consistently. That’s the whole goal. You have arbitrary lines drawn three decades ago dictating modern policy,” Hebert said, branding the current system inefficient and flawed. “You can put ten people on a board, fifteen people on a board, and that system is a handcuff to those people. The best people are limited by the system they must operate in.”

Reorganization of some recreation districts with a single, “balanced” millage is another goal.

Such reorganization will not include the districts that serve Terrebonne’s bayous, where residents appear to be happy with the work being done.

“The bayou districts are more spread out, more like the old model,” Hebert said. “In North Terrebonne you have multiple districts covering a denser population. The rooftops are a lot closer than in the bayou communities. Over half of the households in Terrebonne fall within four districts.”

Under a plan supporters hope will appear on ballots this year, existing millages should be leveled off to the same figure for the various north Terrebonne districts, while maintaining the current revenue numbers.

“The optimal goal would be a fair balanced millage that would be revenue-neutral for one combined district,” Hebert said.

Hebert said that to achieve the current level of property tax revenue, a flat millage of 7.0 mills would be able to take care of Rec 1, 2-3, 8, and 9. That’s all of North Terrebonne with the exception of a portion of Rec 11.

Shrinking the size of the local districts, leaders said, could result in cost savings across the board, Hebert and other leaders said, in purchasing costs alone. A new district, Hebert and other leaders say, would only require one executive director, one audit and one accountant.  As an example, they said, Rec Districts 1, 2-3, and 9 pay their three executive directors more than $170,000 combined.  Having one director covering the same territory, the organization maintains, could result in $100,000 savings annually for capital improvements. Additional savings would occur for professional fees, they said.

Cresting the change would require an item on the parish’s ballot, and supporters say they would like to see that happen during a regular election, such as in November, rather than in the spring or other times of year when voter turnout is lighter.

A parish-wide master plan for recreation, potentially to include elements of a Houma-Terrebonne Chamber of Commerce presentation that circulated last year, is also sought by the organization.

“For the first time in a very long time, we are dealing with a problem in our parish that has existed,” Hebert said. “And we can effect real change, to improve the quality of life for the residents of Terrebonne Parish.” •