Cut Off man charged with rape of a child

How a Lafourche Native Helps Preserve French through La Veillée, an LPB Premiere 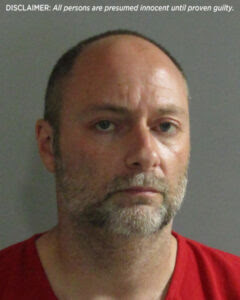 Lafourche Parish Sheriff Craig Webre announced the arrest of a Cut Off man for the rape of a child. Ricky Porrovecchio Jr., 41, was arrested on Thursday.

On October 12, 2022, juvenile detectives opened an investigation into Porrovecchio after he reportedly had inappropriate sexual contact with a child under the age of 13. After collecting evidence and statements, detectives obtained warrants for his arrest.

The following morning, detectives made contact with Porrovecchio and took him into custody. He was booked into the Lafourche Parish Correctional Complex in Thibodaux. He was charged with first degree rape and indecent behavior with a juvenile. Bail is set at $500,000.

This investigation is continuing. Due to the nature of this crime, no further details can be made available.