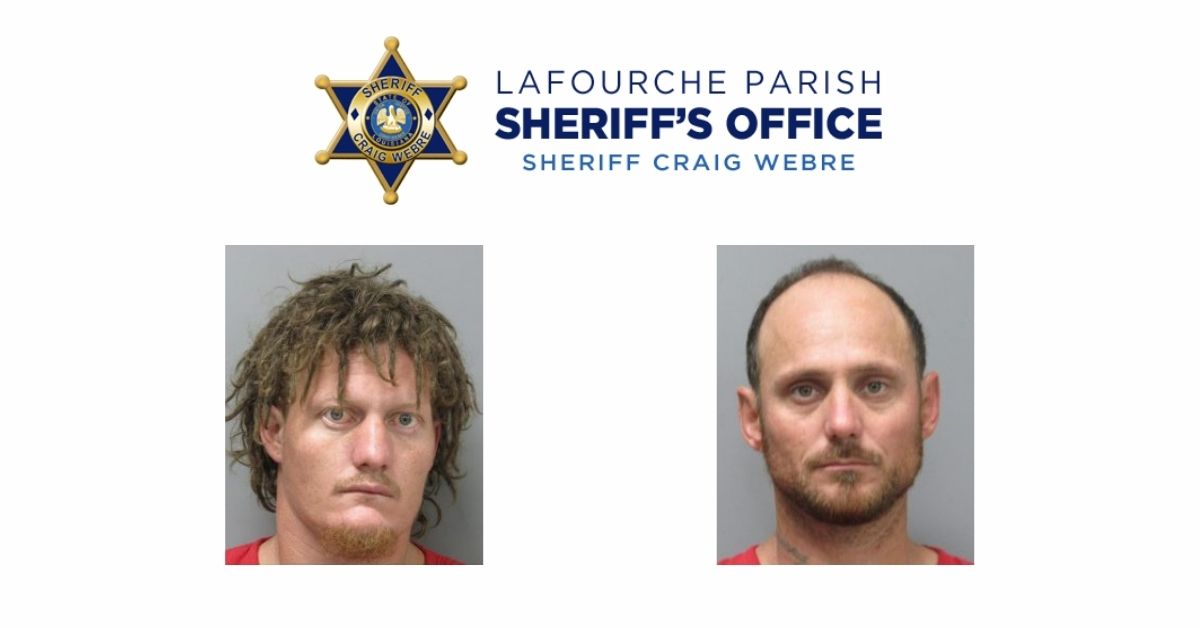 Lafourche Parish Sheriff Craig Webre announced the arrest of two men after deputies found drugs and guns in their vehicle during a traffic stop. Travis Barlow, 34, of Raceland and Jacob Barlow, 27, of Gheens were arrested during the traffic stop which followed an incident at a residence in which Jacob Barlow faces other charges.

On April 28, 2022, deputies conducted a traffic stop at the intersection of LA 308 and LA 182 on a white van pulling a trailer with no license plate. Deputies identified the driver as Travis Barlow and the passenger as Jacob Barlow. A K-9 deputy on scene alerted to the possible presence of narcotics inside the vehicle. During a search of the vehicle, deputies discovered small amounts of marijuana and methamphetamine. Both Barlows denied knowledge of the drugs and were detained.

Deputies also found several firearms in the vehicle, one of which had been reported stolen. Deputies determined the firearms belonged to Jacob Barlow, and he also had cocaine and crack cocaine in his pocket.

During the traffic stop, deputies learned the Barlows had been involved in an incident that had just taken place at a residence on Hyland Drive in Gheens. Deputies learned Jacob Barlow had been sending messages to a woman, threatening to kill her and her family. The Barlows were involved in a disturbance at the Gheens residence while loading the firearms in the vehicle. At one point, Jacob Barlow pointed one of the firearms at a woman who was at the residence and made noises as if he was shooting the firearm.

The Barlows were arrested and booked into the Lafourche Parish Correctional Complex in Thibodaux.

Travis Barlow was charged with Illegal Carrying of a Weapon in the Presence of a Controlled Dangerous Substance, Possession of Methamphetamine, Possession of Marijuana, and no license plate. He was released Friday night after posting bail in the amount of $27,500.

Jacob Barlow was charged with Aggravated Assault with a Firearm, Terrorizing, and Illegal Carrying of a Weapon in the Presence of a Controlled Dangerous Substance, as well as possession of methamphetamine, cocaine, crack cocaine, marijuana, and a stolen firearm. He was released early Saturday morning after posting bail in the amount of $127,500. 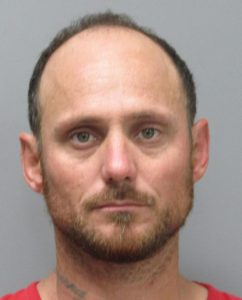 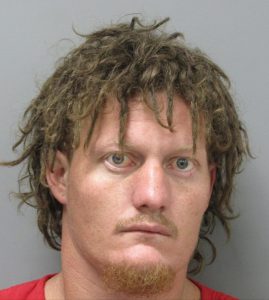