Lafourche Parish to distribute masks to residents on Saturday

For the past several weeks, the Houma Police Department’s Narcotics Division has been conducting an investigation into the illegal sales of narcotics within the 200 block of Peters Street. While doing so, agents learned that several suspects were involved in the illegal sales of narcotics to include heroin, marijuana and prescription medication. The suspects in question were identified as Tywain Carson-24 yrs. old, Jonathon Carson-22 yrs. old, Reginald Breggs-25 yrs. old and Jayland Coleman-25 yrs. old.

During the investigation, Houma Police, with the assistance of the 32nd Judicial District Court secured arrest warrants on the above-mentioned suspects for various charges relative to illegal narcotic sales.

On April 21, 2020, during the afternoon hours, as Houma Police continued their investigation, Tywain Carson was observed departing Peters Street in a dark colored pick up truck. At this point, a traffic stop was attempted, and he refused. A brief vehicle pursuit took place and he was subsequently apprehended and arrested per warrants for Second Degree Battery and Possession of a Firearm by a Convicted Felon.

Upon completing the investigation, Tywain Carson was located to be in possession of a stolen Ruger 9mm semi-automatic pistol, which was reported through TPSO. He was also in possession of marijuana, heroin and prescription pills. Houma Police also recovered over $3000 in cash. Tywain Carson was arrested per warrants through 32nd JDC, as well as Aggravated Flight from an Officer, Driver Must be Licensed, Obstruction of Justice and several counts of Possession with Intent to Distribute Heroin, Marijuana, Oxycodone, Klonopin, and Hydrocodone. Carson was also charged with Illegal Possession of a Stolen Firearm and Possession of a Firearm with a Controlled Dangerous Substance.

On April 23, 2020, shortly after 6am, Houma Police Narcotics Division received information that Jonathon Carson could be located at a local hotel on Tunnel Blvd. Upon making contact, agents located him to be in possession of heroin, marijuana, as well as drug paraphernalia. Jonathon Carson was also found to be in possession of a GLOCK .45 semi-automatic pistol as well as 2 bottles of Promethazine syrup and a small amount of cash.

As a result of this investigation, Jonathon Carson was arrested for Possession with Intent to Distribute Heroin and Marijuana. He was also charged with Obstruction of Justice, Possession of a firearm by a Convicted Felon and Possession of Drug Paraphernalia.

Jonathon Carson was arrested and transported to the jail to be booked on the aforementioned charges. 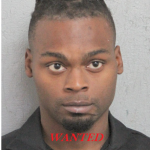 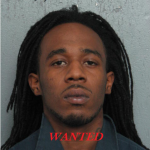 The Houma Police Department’s Narcotics Division, as a result of their investigation into the illegal sales of narcotics on Peters Street, are still searching for Reginal Breggs Jr. who is wanted for two counts Distribution of Heroin, and Jayland Coleman for one count Distribution of Heroin.