Allergy-Free Halloween Treats that Kids and Parents Will Love

For two families, a Southern education meant everything. Then came tragedy. 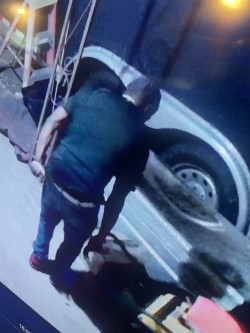 Lafourche Parish Sheriff Craig Webre announced the arrest of a Raceland man for theft and burglary at a Raceland residence. Danny Brown, 55, of Raceland was arrested on Saturday.

On October 28, 2022, deputies responded to Danos Street in Raceland. A man reported several items had been stolen from his patio and shed earlier that morning. The stolen items included a generator, a set of golf clubs, a portable torch set and other items. Surveillance cameras captured images of the suspect and his vehicle – a red Dodge Durango with racing stripes.

Then on the afternoon of Saturday, October 29, deputies located the suspect vehicle parked at a residence in the 2300 block of Highway 182 in Raceland. The owner was identified as Danny Brown. Deputies contacted Brown and questioned him about the incident. Following questioning, deputies obtained a warrant for Brown’s arrest.

Brown was arrested and booked into the Lafourche Parish Correctional Complex on charges of Felony Theft and Simply Burglary. Bail is set at $10,000.