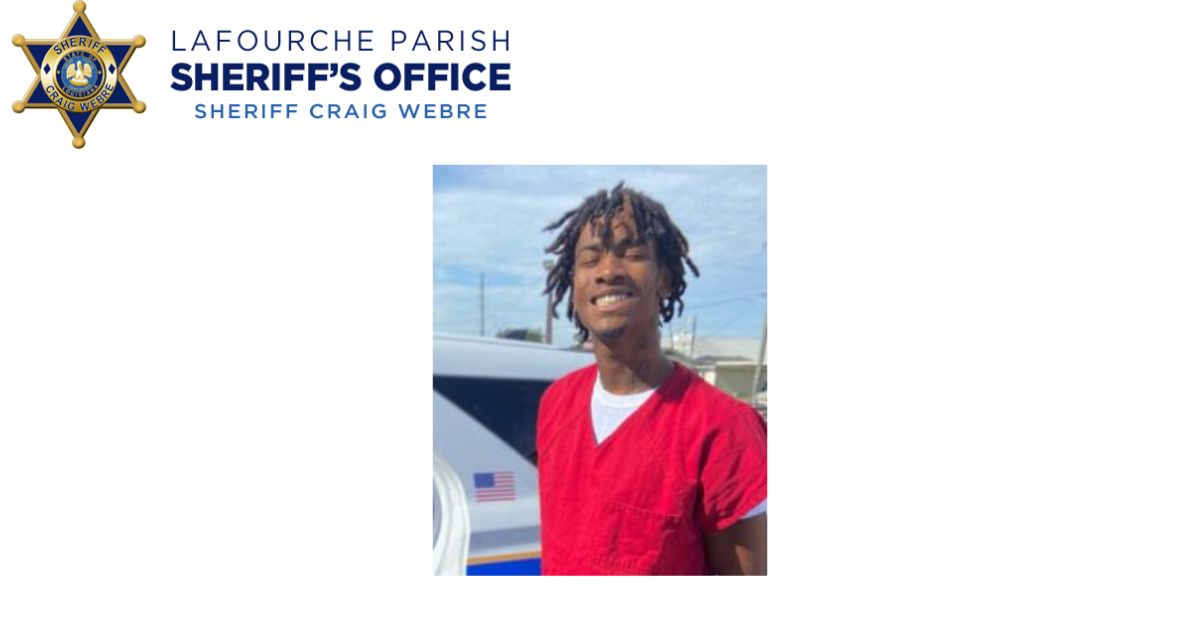 Lafourche Parish Sheriff Craig Webre announced that a Lockport man facing charges of attempted murder in one shooting is now being charged with murder in another.

At around 11:30 p.m. on September 24, 2022, deputies responded to calls of shots fired in the area of St. Louis Street. When they arrived, they found a man, later identified as Stuart, had been shot. He was later pronounced dead. The shooting occurred in the 700 block of St. Louis Street. Through investigation, detectives developed Folse as a suspect and obtained a warrant for his arrest.

Folse had been in custody since September 29, 2022. On that date, he was arrested for attempted second-degree murder in an investigation into a shooting that occurred on Ayo Street in Raceland on September 8, 2022. Jamyren Richard, 23, of Raceland was also charged with attempted murder in that incident.

On November 1, 2022, detectives brought Folse to the Criminal Operations Center in Lockport for questioning about the September 24th shooting. Following questioning, he was transported back to the Lafourche Parish Correctional Complex to be booked on the charge of second-degree murder. He also faces the charges stemming from his arrest on September 29 including attempted second-degree murder, illegal possession of a stolen firearm, possession of marijuana, taking contraband to a penal institution, and contempt of court. He was additionally charged with simple battery for hitting another inmate in an incident on October 15, 2022. He is being held without bail.