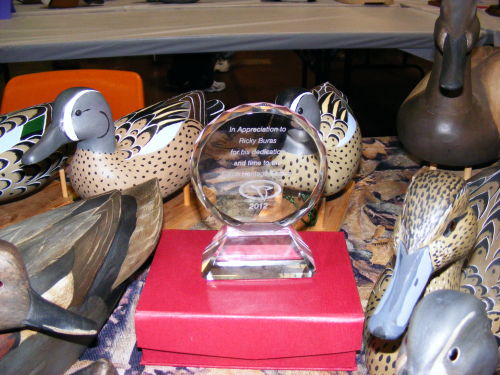 The realm of duck decoys is broader than just in-field utility.

A group in south Lafourche for the 37th year aims to prove that with the artistic-minded Cajun Heritage Festival.

“We celebrate our Cajun culture through our art of duck decoy carving, for the most part,” said Robby Matherne, festival chairman since 2000. “Decoy carving began down here in south Louisiana, and it’s a part of our heritage that we want to keep alive. To us, it’s no different than our music or our food.”

The festival is structured around judged competitions broken down into dozens of divisions. Cash prizes are awarded for the various categories, which include wildfowl, marsh ducks, fish, feather carving and interpretive sculptures, among many others.

Vendors sell decoys and carving materials throughout the weekend.

A live auction on Sunday showcases decoys, but it also includes paintings and other miscellaneous items. Occasionally, there’s even a pirogue. The number of available items is usually around 200. “It’s all related to hunting and Cajun culture,” Matherne says.

Some of the items have the potential to garner large sums.

The auction begins at 1 p.m. on Sunday, also the conclusion of a duck-head whittling contest.

A wine and cheese dedication social kicks off the festival at 7 p.m. Friday. Doors open at 9 a.m. on Saturday and Sunday.

Festival admission is free for members, and there is no gate fee for the auction. Non-member adults pay $5 for festival tickets.

The Cajun Heritage Festival runs from Oct. 12-13 at the Larose Civic Center.