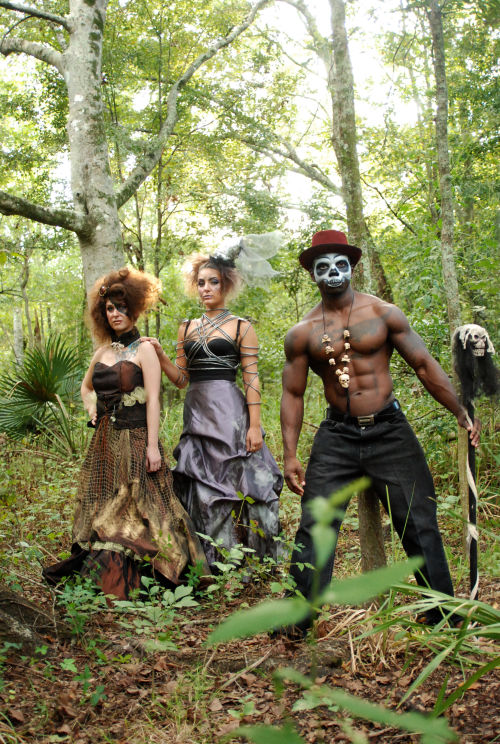 Cajun folklore tells of a monster that lurks deep in the Louisiana swamp. The werewolf-like creature has been the subject of many horror stories, but on the Saturday before Halloween in downtown Houma, he’s practically a celebrity.

Rougarou Fest is a fundraiser for the South Louisiana Wetlands Discovery Center. “We wanted something original. So, we thought of things that live in the wetlands, and we came up with the Rougarou,” said the center’s executive director, Jonathan Foret.

In keeping with the Halloween theme, guests show off their most creative, scariest and funniest outfits for the costume contest. Other categories are movie characters, children 10 and under and pets. Registration is free, but each contestant may enter only one category.

As night approaches, runners face a spooky challenge. Wearing flag football belts, they race down the road, fending off zombies who try to pull their flags. They go in groups so they’re more likely to ‘survive,’ although the zombies don’t actually attack anyone. Food and drink tickets and T-shirts proclaiming “I survived the Rougarou Run” are awarded to all participants, whether or not they make it to the finish line with all three flags.

“The Cowardly Lion, Dorothy and the Tin Man are running toward me, and they’re being chased by zombies in the streets of downtown Houma,” he recalled. “I just lost it. I burst out laughing because it just seemed so surreal.”

After the parade, the Rougarou takes pictures with guests in a photo booth, “sort of like Santa Claus or the Easter Bunny,” said Foret.

Event organizers wanted “something that would be fun but also raise awareness about the coastal issues we face living in southern Louisiana,” Foret said. “At the foundation of it, it’s about saving the habitat of the Rougarou, which happens to be our habitat.”

Jamie Verdun, Krista Kilgen and Michael Scott are pictured in a promotional photo for the Rougarou Fest. Makeup and costumes were done by Julie Legendre, Tisha Breaux and Jamie Domangue of The Salon Rubicon.