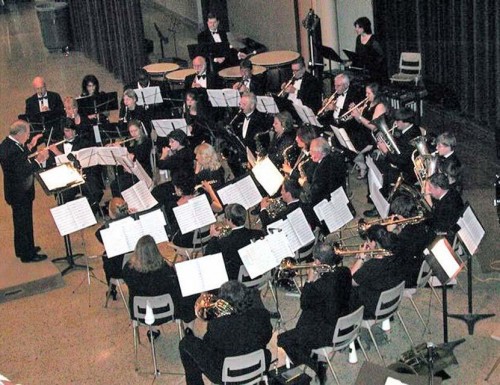 The year is 1984. The first Apple Macintosh is introduced, Ronald Reagan is re-elected U.S. president and your choices at the theater include “Gremlins,” “Ghost Busters” and “The Terminator,” to name a few. At the same time, in the small town of Houma, five musicians decide to start a community band.

Within the first few months, the five quickly grew into an ensemble of nearly 30 and, by the end of the year, the group filed for non-profit corporation status.

Twenty-six years later, The Houma-Terrebonne Community Band (HTCB) is still entertaining the public at several different venues throughout the area. They plan to celebrate this milestone with a concert Sunday, April 18, at 2 p.m. at the Houma Municipal Auditorium at 800 Verret St. Cost of admission is $2 and refreshments will be available.

Cindy King, who has played flute and piccolo with the HTCB since year one, is presently the chairman for the organization. She believes the primary objectives of the band include promoting the region’s culture and building community and continuity among musicians.

“Our goal is to provide great entertainment for this area. There are so many types of art, and this is just one other way to express talent. There really is a lot of talent in our group,” King said. “We also want to have music continue on … there are a lot of core members in here, but we are really trying hard to build our membership.”

The organization presently consists of approximately 40 members that make up both a concert band and a stage band. While a core group of 20 has been around for almost the entire existence, the band is always welcoming new members to its ranks.

“We take them young, because that is our future … they are going to play somewhere and we want them to play with us, because it’s fun.”

The community band currently practices on Thursday nights from 7 to 9 p.m. at Southdown Stadium, located at 1124 St. Charles St. in Houma. King encourages musicians from the area to stop by the rehearsal.

“In the beginning, we built this band and now it’s about continuing what we worked so hard to build,” she explained. “We would love to give a shout out to the people in the area that have musical ability to come and sit with us and see what it’s about. Once you go, you are hooked.”

The type of music the HTCB performs ranges from upbeat pop music to more traditional, classical pieces and everything in between.

The “Mask of Zorro,” British Invasion hits of the ’60s, Hank Williams’ “The Country Gentlemen,” “Forrest Gump” and a few marches are just some of the music that will be performed on the afternoon of the anniversary concert.

Conductor Eric Zelasko will lead the band in this annual performance, along with co-conductor Dave Domangue and guest conductor S.L. Locascio, who King described as “a treasure.”

“He is in his 80s and he is so passionate about the music, I think that is what has kept him so young. Music is what keeps you young,” she reflected.

The year is now 2010. The HTCB performs several concerts for its community including …

• Flag Day Concert: A Patriotic Salute on June 12 at 2 p.m. at the Houma Municipal Auditorium (free)