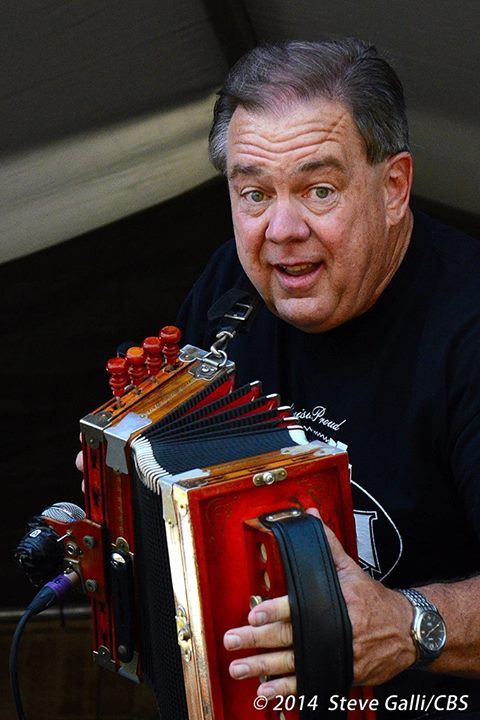 Bruce Daigrepont has been writing and performing Cajun French since the ‘80s. He’s known for his peppered two-steps and sultry waltzes from south Louisiana, to Canada and all points between.

Only thing, fewer people in the audience understand the lyrics anymore.

Much like Louisiana’s receding gulf coastline, use of the region’s original language is disappearing.

“The amount of people who can speak [Cajun French] is dwindling,” Daigrepont said. “People can relate to the rhythm, the sound, and enjoy dancing. But the audience that can appreciate the lyrics is getting smaller.”

For those who pen their own works, it can be disappointing.

“It’s a shame because as a songwriter because you’re there playing knowing more people can’t appreciate the total song,” he said. “Cajun French is just spoken less and less by people.”

As a young boy, Daigrepont heard stories from his father about efforts to rid the area completely of Cajun French.

“I heard about the nuns whacking the knuckles of children for speaking it,” he recalled.

Closer to the home of the Acadians, in part of Canada, the language thrives. So, too, does Daigrepont’s music.

“When I go to New Brunswick, Nova Scotia and some of the other providences, people there speak like people were in Louisiana 50 or 60 years ago,” he said.

Visit Canada, and you will hear the likes of Daigrepont and other local Cajun artists. “I’ve even seen people doing karaoke versions of my songs on YouTube,” he said. “That’s wild.”

But where south Louisiana excels, Daigrepont said, is in Cajun dancing. It seems our Canadian brethren don’t know how.

“They really don’t know how to Cajun dance,” the artist said.

Daigrepont recalled playing at a hockey arena before a packed house of French Canadians. “They were standing shoulder to shoulder, beer in one hand and pumping their other fist in the air while singing my songs.”

The only other artist to garner such respect is Louisiana’s Zachary Richard.

Daigrepont said fame is still something of a shock. After all, he plays with a relatively small band. He doesn’t have a booking agent or promotion machine behind him.

“It defies logic that these songs are hits,” he said, laughing.

But as an ambassador for the state and the Cajun French culture, he is honored for the opportunity to continue to play.

“Every chance I get, I try to represent both the state and our heritage,” Daigrepont said. “Both mean so much to me.”

Anyone who has seen Daigrepont play live knows he’s a “no holds barred” talent. From the time he sets foot onstage, it’s anything goes.

“To create a set list totally goes against the grain of what I do,” he said. “Many years ago when I first started playing, I tried to make the perfect set list. I quickly realized that I was driving myself crazy with that. It’s just impossible to anticipate an audience’s response.”

Instead, he gages reactions, perfectly matching the mood.

“I try to mix up the songs as we play that contrast from one song to another,” Daigrepont explained. “If you just play two or three waltzes in a row, it all sounds the same, especially if you don’t really know the music. But I’ll go with a fast zydeco piece and follow it with a slow, bluesy waltz. I may come back with another waltz, but it will have a bounce to it. It allows me to be more free with what I call. It also keeps the shows fresh. No two are ever the same.”

The three-day event runs March 21-22 on Nicholls’ Thibodaux campus. The Southeast Tourism Society named the festival one of the month’s “Top 20 Events in the Southeast.”

In addition to Cajun, zydeco and swamp pop, the festival celebrates regional foods and presentations on local history, culture and economic development.