Terrebonne Council on Aging to distribute Food for Seniors 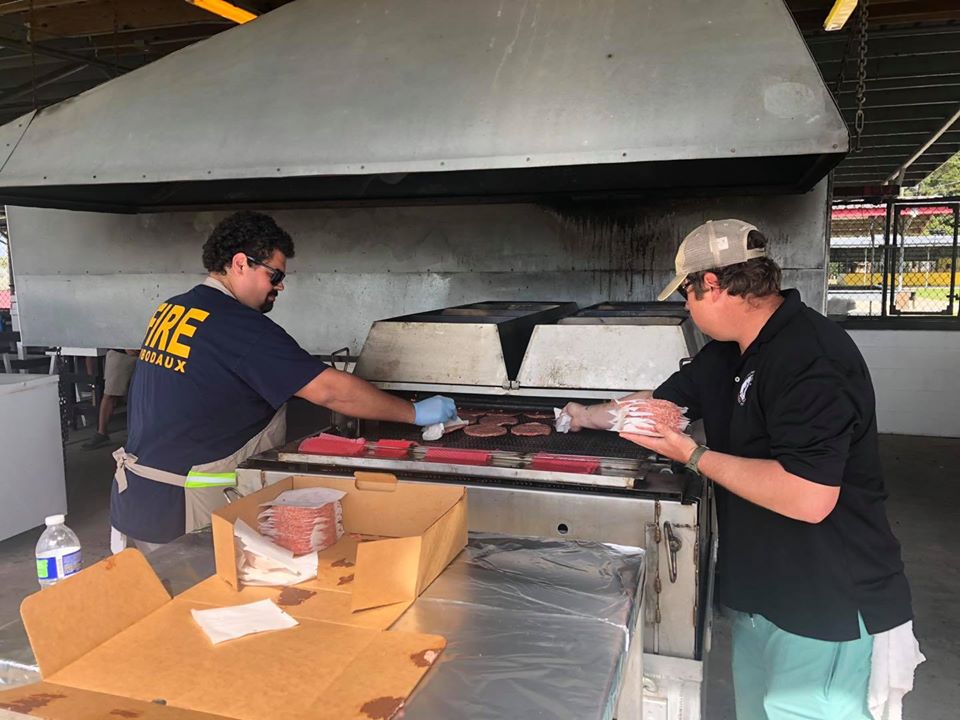 Unfortunately, this year’s Thibodaux Firemen’s Fair was canceled due to the coronavirus pandemic — leaving roughly 100,000 event-goers unable to indulge in a weekend full of carnival rides, live music, games and more while contributing to the Thibodaux Volunteer Fire Department’s (TVFD) main fundraiser.

However, one of the fair’s traditions is still going on this year —  and its proceeds are still going to support TVFD.

This week, firemen are cooking the famous “Thibodaux Firemen’s Fair Burgers” supplied by Bourgeois Meat Market, with half of the proceeds going to TVFD.

“We know how big the fair is for Thibodaux, the fire department and the community and just hated to see that go when it was so easy to do something about it,” said Shane Thibodaux, manager at Bourgeois Meat Market.

“That’s our biggest fundraiser, and we need the funding,” said Nathan Richard, a member of TVFD for 20 years. “The team at Bourgeois really stepped up to the deck,”

The community stepped up as well.

Today, about 2,000 burgers were sold, Richard said. “The Fire Department itself is very lucky to have the City of Thibodaux — to have such great support from its citizens,” he continued.

Cooked by the Protector Fire Co. on the “legendary” Flame Broiler, the burgers are available for $5 each. The burgers come plain with optional fixings: ketchup, mayo, mustard, chopped onions and pickles. Customers who need 20 or more burgers are asked to message the Bourgeois Meat Market page with the name, quantity, date and time of pickup. Thibodaux said they are preparing 2,000 for each day.

The Fair Burgers will be sold Tuesday to Friday (May 5-8) from 11 a.m. until 1 p.m. at the Thibodaux Firemen’s Fairgrounds, 1101 Tiger Drive. Additionally, there will be an evening service on Friday only from 4 p.m. until 7 p.m. The pickup area is drive-through, and patrons are asked to have their money ready. Vehicles should enter the fairgrounds on the Parish Road Side and follow the line to the burger station.

Thibodaux said the original Facebook post about selling the burgers went viral, and some people even sent in donations in via the social media website. Half of the people he believes were excited about the Fair Burger, Thibodaux said, and the other half were just excited to be able to support the community’s firefighters. “I think everyone knows how huge that fair is and what it does for everyone,” he added.

The community can also support the Thibodaux Volunteer Fire Department by donating to the GoFundMe page that can be found here.