For whom the bell grows: A brief history of the Cajun holy trinity 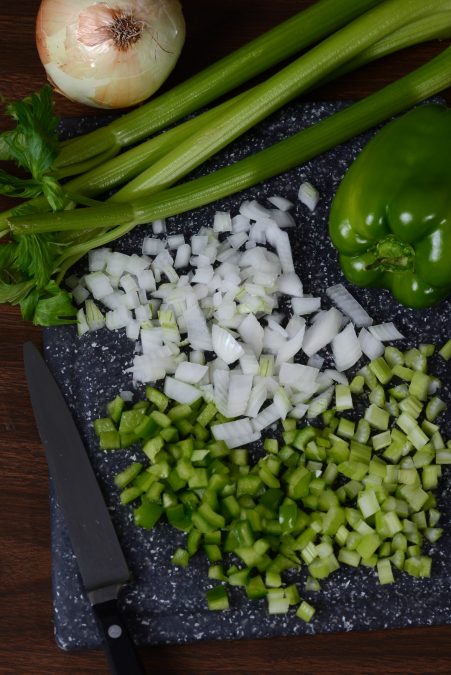 The Cajun “holy trinity” is at the heart of Louisiana cuisine. The union of onions, celery and green bell peppers create the base flavors of gumbo, jambalaya, étouffée and numerous other hearty dishes that have come to define our state.

But from where did the term holy trinity derive, and how does it differ from other regional soup, sauce and stew bases? The key is the bell pepper.

The trinity is similar to the French mirepoix and Italian soffrito — not to be confused with the Spanish sofrito — in that it is a mixture of aromatic vegetables lightly cooked with butter or oil at the onset of various traditional comfort foods before additional ingredients are incorporated. Both the mirepoix and soffrito use carrots in place of bell peppers, with the Italian version often adding garlic, leeks and parsley to the mix.

The term holy trinity is based on the Roman Catholic faith of some of Louisiana’s earliest settlers. It is believed that the term was popularized relatively recently by the Opelousas-born Chef Paul Prudhomme in the early 1980s. Prudhomme died in 2015.

So why did the bell pepper supplant the carrot in Louisiana’s version of this culinary triumvirate? Were they cheaper or easier for earlier settlers to grow? LSU AgCenter plant and soil science expert Kiki Fontenot casts doubt on that theory.

“Carrots are a cool-season crop and grow easily in Louisiana. They do better in sandy soils. Conversely, bell peppers are a warm-season crop. So they are both grown here, just at different times of the year,” Fontenot said. “If anything, I would say carrots are cheaper to grow, but both do well here.”

Another reason to grow carrots in your garden is because they are rich in beta carotene, which human bodies convert to vitamin A, promoting eye health. They are also high in fiber and antioxidants. Bell peppers are also a good source of fiber in addition to vitamin C and folate.

St. James Parish native John Folse, a noted Louisiana chef, has a theory on why bell peppers became part of the trinity and why carrots failed to make the cut.

“The unprecedented exchange of plants and animals between the Old and New Worlds, dubbed ‘the Columbian exchange’ by historian Alfred W. Crosby Jr., suggests that bell peppers originated in the Americas (New World),” Folse said. “However, carrots originated in Persia (Old World) and may have first been cultivated in America by the English settlers in Jamestown, Virginia, in 1609.”

As Louisiana was not settled until the early 1700s, Folse asserts it is likely bell peppers could have been more readily available than carrots at the time. And because much of regional cooking is about tradition, the bell pepper simply maintained its place in the hierarchy over the centuries.

“Louisiana’s original settlers were French and Spanish, so it seems likely that the Cajun holy trinity emerged from that which they knew: onions and celery,” Folse said. “Because carrots were not readily available, bell pepper was a great substitute.”

Today, one can hardly imagine carrots in gumbos or jambalayas any more than one could imagine broccoli or cauliflower. AgCenter extension agent Quincy Vidrine, who specializes in nutrition and studied under Folse at his culinary institute at Nicholls State University, thinks the bell pepper has stood the test of time in the trinity simply because it appeals more to our regional taste buds.

“My education in Louisiana cooking started in my Maw Maw Julia’s kitchen in rural Avoyelles Parish,” Vidrine said. “I think it’s because bell peppers taste better and are more ‘worthy’ of our Louisiana food treasures. But carrots have their place in Louisiana cooking too — in a souffle or as copper pennies.” 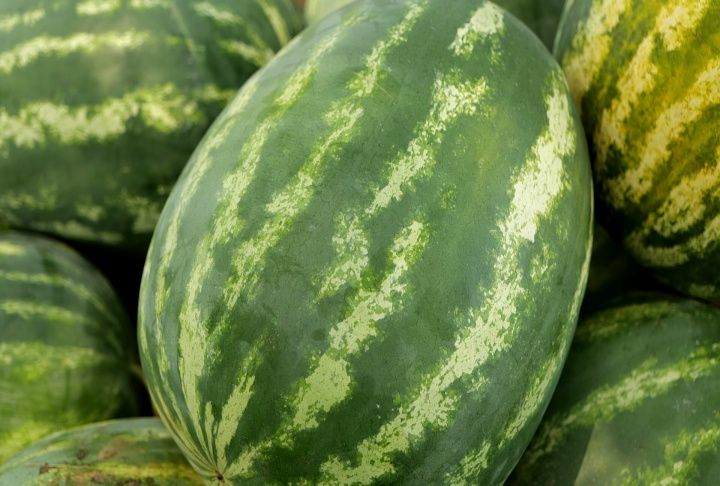 Beat the heat with an ice-cold watermelon