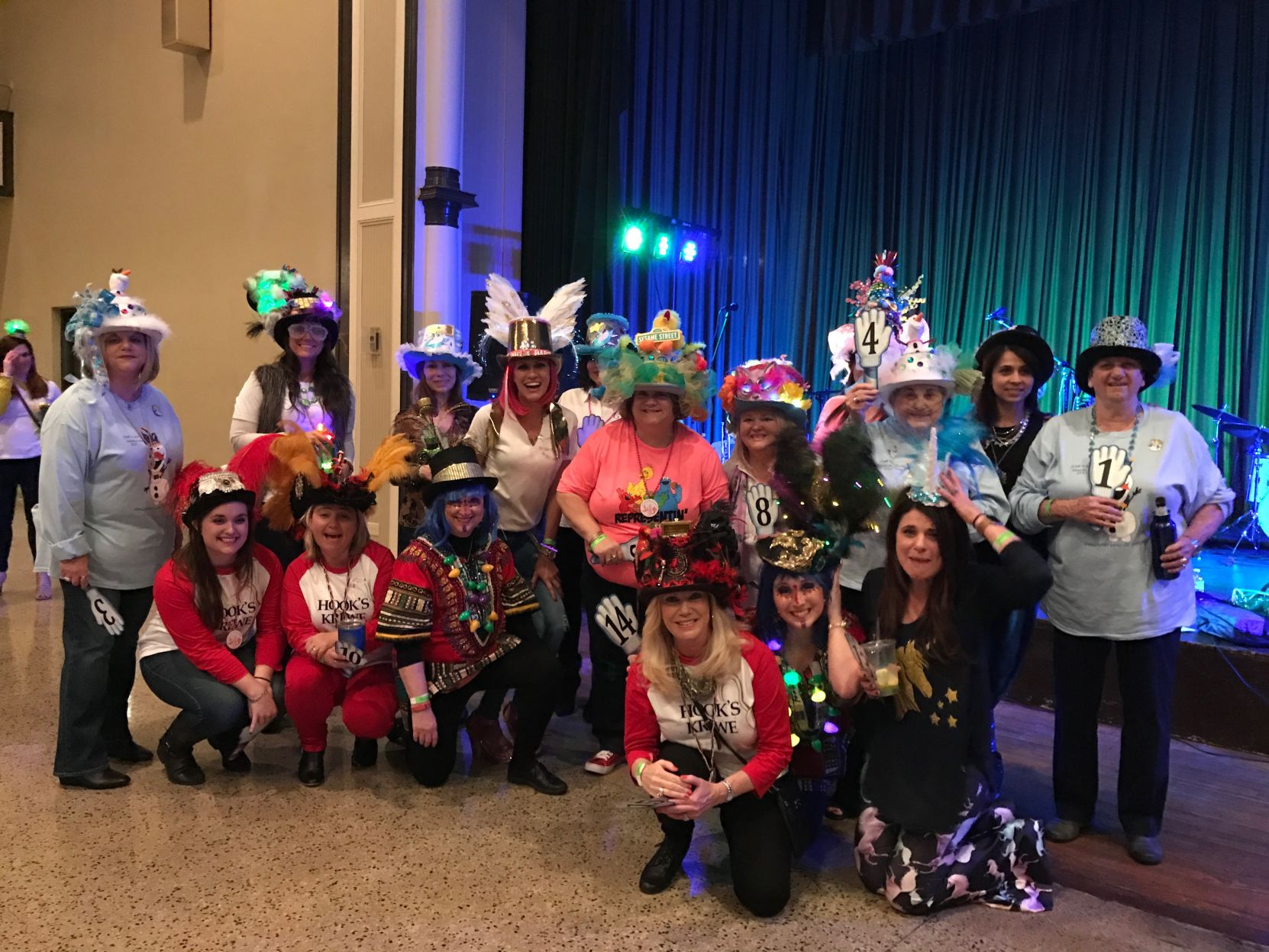 A tradition since 2015, the members of the Krewe of Hyacinthians personally decorate and later hand out their signature throws—themed hats and fascinators—to people along their parade route every year.

“…We came up with a top hat, and a derivative of that would be a fascinator. We started this to hopefully catch on like krewes in New Orleans—that we would have a designer item for us that people would collect,” said Laurie Hamner, specialty chair for Hyacinthians. “It’s been really cool to ride down the parade route and see people wearing your hat.”

Club members get to choose how many top hats or fascinators they want to purchase and hand out. Then, they can decorate the items based on the overall theme of the parade (This year it’s “Hyacinthians Salutes Broadway Musicals”.), their float’s theme, something personally intriguing to them or choose not to decorate at all.

“There are some creative people in our club who really get into it,” Hamner said. “They absolutely love it.”

Hamner also acknowledged the tremendous support from those in the local community and beyond who have been collecting the club’s signature throws.

“Last year we heard for some people that were from out the country, and they had caught a hat and loved it,” Hamner said. “It’s just been a positive experience all the way around.” •