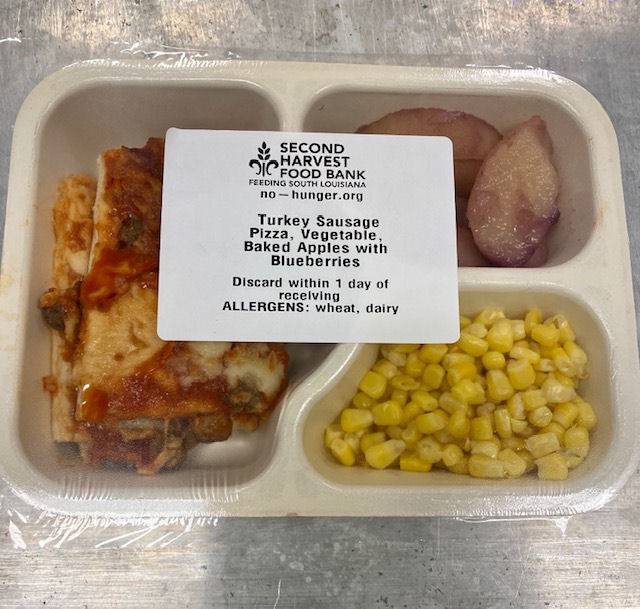 The Terrebonne Parish Library System, in partnership with Second Harvest Food Bank in New Orleans, is set to begin its annual summer feeding program on June 22.

Distribution of free meals will take place from 11:30 a.m.-12:30 p.m. on Mondays through Thursdays at select branches of the library system. On Mondays and Wednesdays, pickups will occur at the Dulac Branch, while the Gibson Branch will host pickups on Tuesdays and Thursdays.

The program is set to run through July 30.

Meals will come in the form of frozen lunches provided by Second Harvest and will be distributed through curbside pickup. The menu will include a variety of foods such as red beans, pizza, chicken fingers, sandwiches, quesadillas and more. The lunches should be properly heated at home before consumption.

TPL Community Outreach Coordinator Kati Callais said that adjustments had to be made to the way the program generally operates due to the impact of COVID-19 on both the library system and Second Harvest.

In past years, the food bank provided the library system with shelf stable lunches that the system would give away at its storytime and craft events. Because the TPL is unable to offer enrichment programs this summer, attendance at a program is not required to receive lunches.

In addition, Second Harvest was unable to obtain the ingredients needed to create shelf stable lunches this year. Because the TPL is also too far from the Second Harvest headquarters to receive hot lunches, the decision was made to provide frozen lunches.

Callais said the Gibson and Dulac branches were chosen based on the locations of other meal distribution sites.

In addition, the highest demand for meals in the past occurred at these two branches, Callais said.

The drive-up distribution method was planned while the TPL’s branches were still closed. Though they have since opened, the staff determined that a curbside distribution was still the most effective way of providing the lunches.

There are no restrictions on the meal service, and children do not need to be present for lunches to be obtained.

“The kids don’t have to be with them. They can drive up and say, ‘I have five at home.’ I’m going to give them five,” Callais said.

However, the meals are available on a first-come, first-serve basis.

“We kind of looked at the numbers in years past of how many we served, and we multiplied that,” Callais said. “But we’ll be able to adjust. Second Harvest is going to do deliveries twice a week, so if I happen to run out on Monday, then I’ll know Wednesday I need more.”

Callais said the continuation of the program fills an important need in the community while also helping people to recognize that the library is more than just a center for books.

“Libraries are more of community centers now than they are anything else. We’re a gathering place. We’re a neutral place. We’re a welcoming place, and if we can help meet those basic needs, we will,” Callais said.

The TPL encourages people to stay up-to-date with information regarding the lunch service on Facebook, as distribution locations are subject to change. 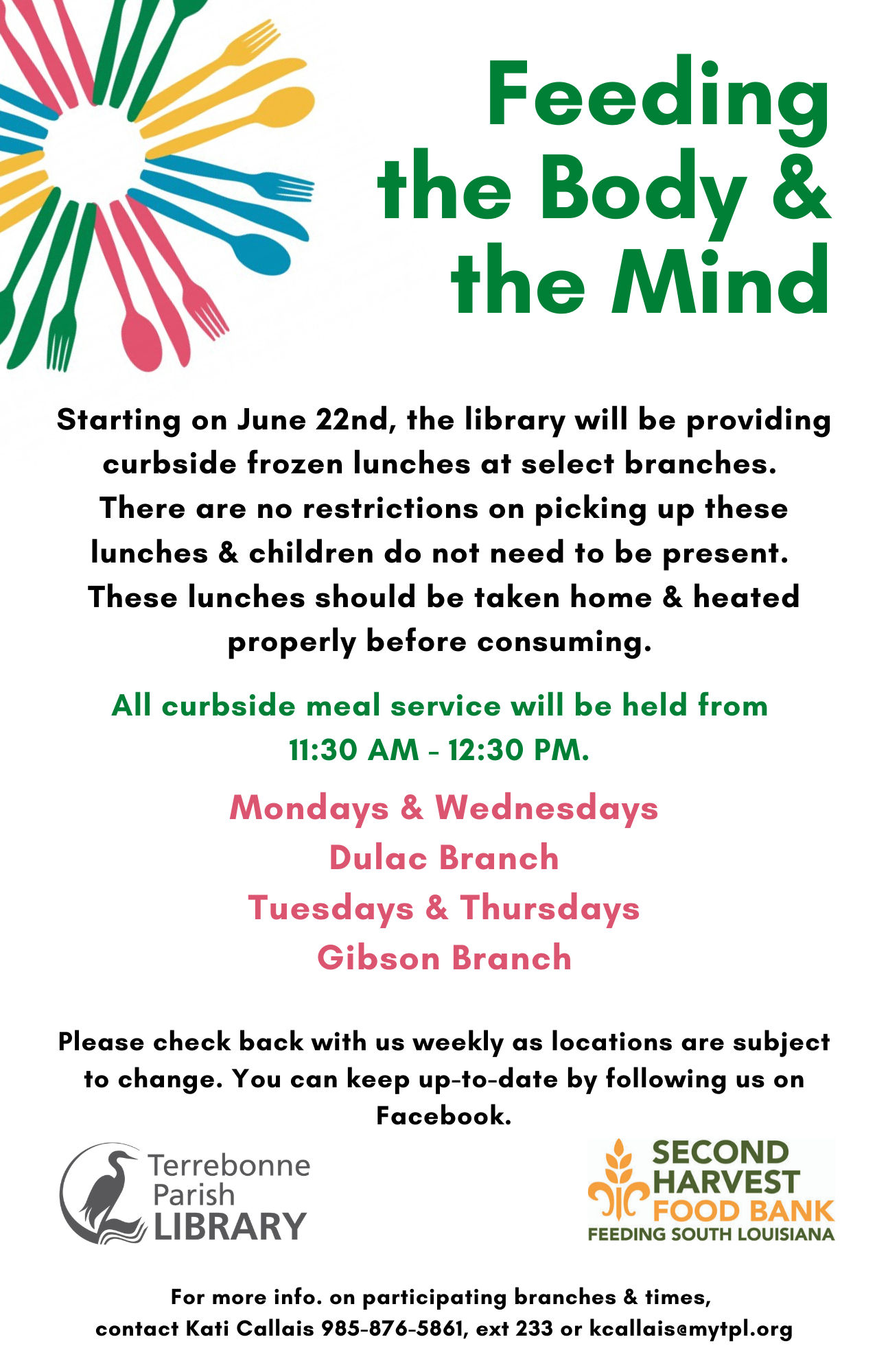 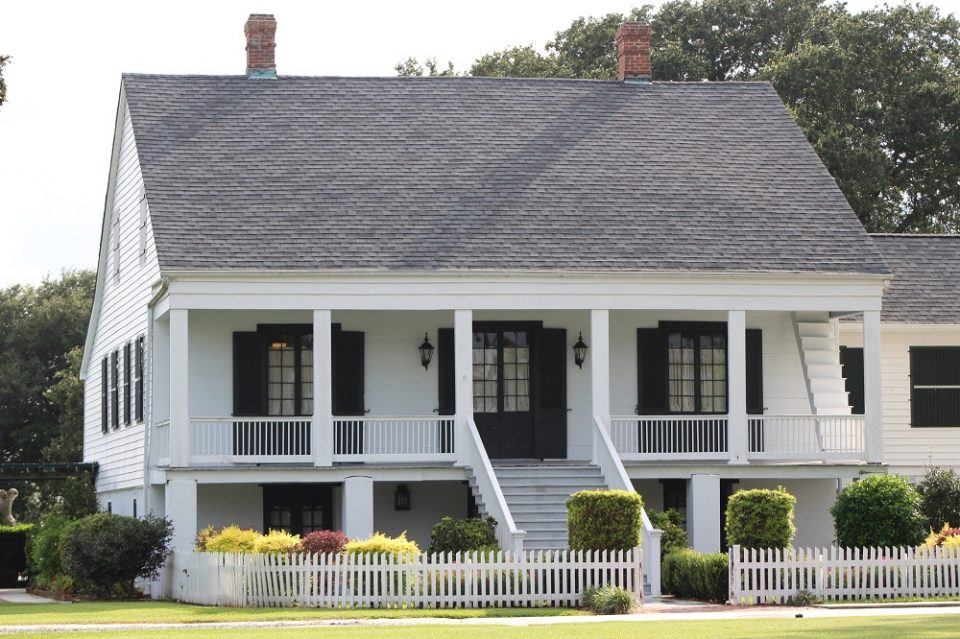 Experience the “bayou life” at new bed and breakfast in Lockport