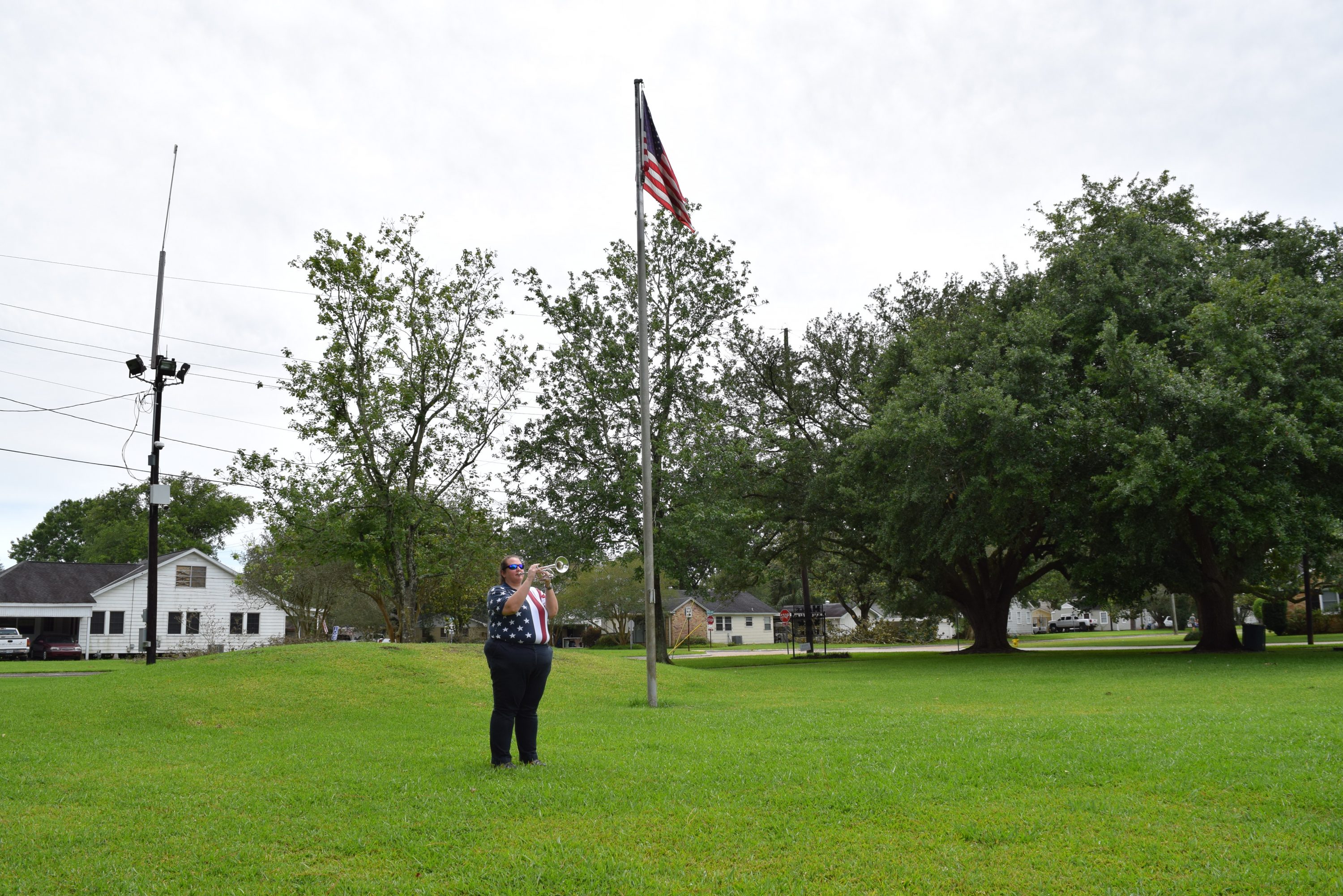 Taps is a bugle call which has been played at military funerals since 1891. It is also played at the Tomb of the Unknown Soldier during wreath laying ceremonies, such as the one held yearly on Memorial Day.

This year, Memorial Day celebrations across our country have been canceled due to the coronavirus. In an effort to still remember the lives that have been lost, CBS News “On the Road” correspondent Steve Hartman and retired Air Force bugler Jari Villanueva launched a campaign called “Taps Across America”. Anyone who can play a trumpet or bugle was asked to step outside at 3 p.m. local time and play Taps. Hartman and Villanueva hope that “the nationwide event will offer an opportunity to pause for a moment to pay tribute to fallen service members and victims of the coronavirus pandemic while maintaining social distancing guidelines.”

Local Denise LeCompte read about “Taps Across America” and decided to join in. She selected the flag pole at Maple Street Park in Houma to play and shared her plans across Facebook.

At 3 p.m. sharp, the solemn notes sounded from her instrument, piercing the air thick with humidity and emotion. More than a dozen people were present in the park, while neighbors listened from their porch swings. Standing beneath the flag pole, the few breaths of air present seemed to lift the flag into motion, as if it wanted to show those listening that it too, was present, as were the memories of those who gave their lives for our country.