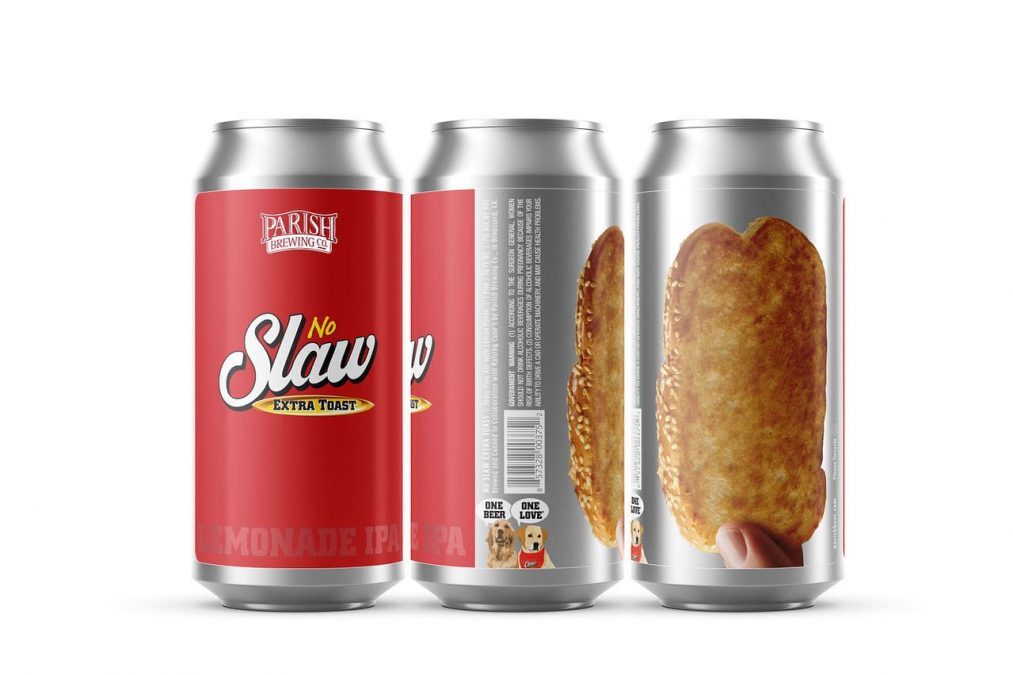 Who’s up for a Cane’s-inspired beer?

Broussard-based Parish Brewing Company announced that “No Slaw Extra Toast,” an IPA inspired by the lemonade from Raising Cane’s, will be released on Wednesday, July 28.

“…This IPA is dripping in our favorite hops and is dosed with meyer lemon puree. As a brand-new, innovative twist on our modern IPAs, No Slaw Extra Toast is a refreshing Lemonade IPA with a nose of lemonheads candy, flavor that reminds of country-time, and tropical hop profile from a 50/50 blend of Australian Galaxy and Yakima Citra. 7% ABV,” reads a social media post from the Parish Brewing Company Taproom.

The company said No Slaw Extra Toast is $17 per 4-pack of 16-ounce cans — with a 2-case per person limit, and it’s shipping to distribution markets this week and next.

The beer will also be available at shop.parishbeer.com.