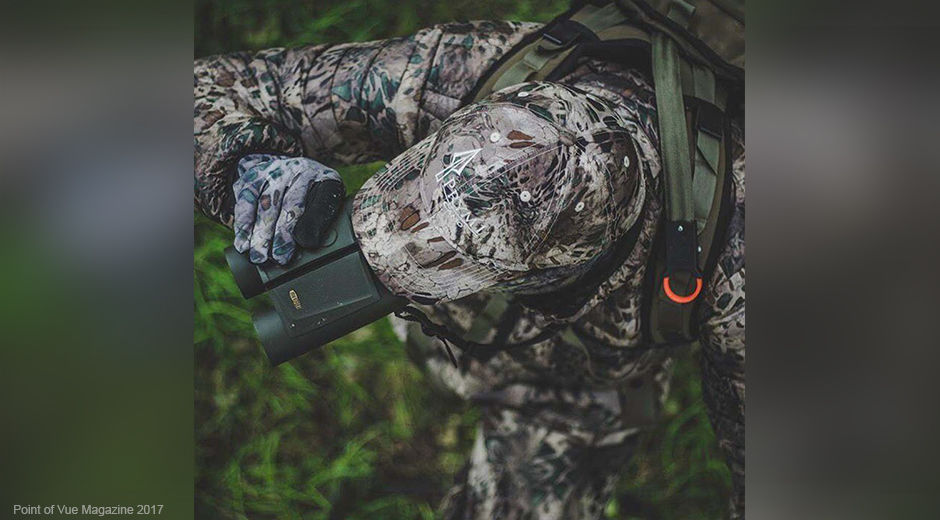 A Girl with Grit

The sports and outdoor apparel market is extremely competitive and difficult to get into. It takes creativity, determination, and hard work to stand out in the market that is being held by companies that have been established for many years. One person who has those qualities and an eye-catching product that has won numerous awards is Bourg native and wildlife artist, Stacie Walker. Her creative and unique patterns for her company Prym1 Camo is taking the sports and outdoor world by storm.

Stacie inherited her artistic abilities from her dad who was also an artist. He taught her how to hunt and fish, which she has been doing since she was 5-years-old. She learned the patterns and textures of animals through her art and those details go into her Prym1 Camo today.

As a teenager attending Vandebilt Catholic, Stacie was asked one semester why she was taking two art classes by faculty members. Even then she knew she wanted to use her artistic abilities for her profession, yet she didn’t know what that profession would be. They asked her about taking more math classes so she would be able to eventually handle her taxes. Stacie responded with, “I’ll hire an accountant.”

She went on to marry an accountant, Lance, after she graduated from Memphis College of Art with a degree in illustration and graphic design. She worked in the medical field as a medical illustrator for 14 years, but left the field after she had her sons, Cort and Cole. Stacie became a fulltime mother while still doing wildlife art on the side. Lance, who is also an avid hunter like Stacie, knew her talent and suggested she make an alternative style of camouflage patterns. That’s when Stacie started to come up with Prym1 Camo, which is based off of the predators she would draw in her wildlife art.

“Years of this study led me to develop Prym1 Camo, which uses the colors and textures of nature with the organic patterns of wildlife to create a camo with the effectiveness of a predator,” says Stacie on the Prym1 Camo website.

Stacie’s knowledge of hunters’ movements across different backgrounds is what makes her camouflage stick out from others on the market. This is stated in the Prym1 Marketing Campaign, “A hunter moves across diverse terrains, and through changing backgrounds of foliage, which is often influenced by light and shadows. Let’s face it, trees and brush do not move, and they stand out as solid objects from a distance. Traditional “sticks and leaves” camouflage will often fail because they tend to become solid forms and “black out,” therefore revealing the shape of the hunter, which eliminates the purpose of the stalk. Digital, static, and hard line shape blurred camo works well at a distance for outline break up in various terrains, but is not effective as distance is closed as it lacks depth, highlights and shadowing.”

Prym1 was started to not only be a good hunting camouflage, but also to make a lifestyle pattern. This was made apparent when they won “Best Lifestyle Apparel” at the 2017 ICAST Convention, a large showcase for retail sport fishing. They teamed with the company Frogg Toggs to make the Prym1 Series Pilot II jacket and bibs, which got them the award. That got Prym1 more recognition and a contract with Mojo Sportswear, where they are doing a signature Prym1 Camo lifestyle series.

Starting only 20 months ago, Prym1 has just over 40 licenses with different companies for their camouflage patterns.

“I want one or two companies in every category,” says Stacie, “I only want the companies that do the products well because when they succeed, I succeed.”

Stacie, who attends an outdoor showcase in Germany every year, set another goal—for Prym1 to be on the global market. She works closely with Cervus-UK, a global hunting and shooting agency based in the United Kingdom. Prym1 also is currently in negotiations with Denmark based company, Seeland—the largest outdoor apparel company in the world.

Internet presence is key to Prym1’s success. The company’s website—prym1camo.com, Twitter, and Facebook stay updated with news and press releases, and promotional videos can be found on their YouTube channel. Stacie’s two sons started crosspowerstore.com, which sells numerous products with Prym1 Camo on it: sunglasses, jackets, bags, etc.

“I stay in front of the computer talking to clients and marketing from the morning until eleven at night,” says Stacie.

Not only does artistic ability run in Stacie’s family, but also the hard work ethic it takes to run a company, which traces back to her grandfather that owned his own business. That determination and business acumen, made stronger by her dedicated husband, propels her and her company forward, even though she is the only woman in the world with her own camouflage patterns on the market.

“I go to some of these trade shows and the men who work at the companies get caught off guard,” Stacie says, “It’s strange for them to see a woman come in and start talking shop.”

Academy Sports and Outdoors will release Prym1 products this October and November. For anyone looking to start their own company Stacie says to do your research to know your market, build a lot of capital before you start it, know it’s going to be hard work, and never give up. She adds, “You have to be a tough person with a lot of grit.” 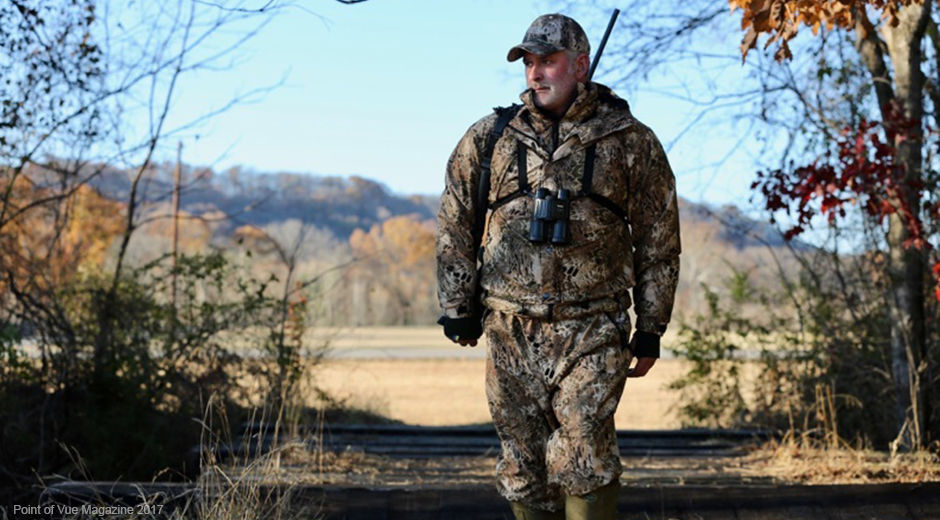 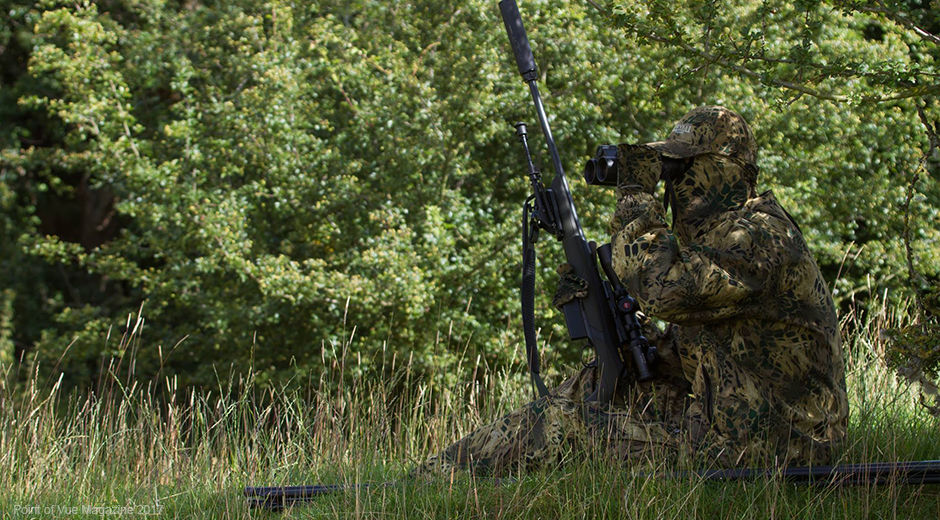 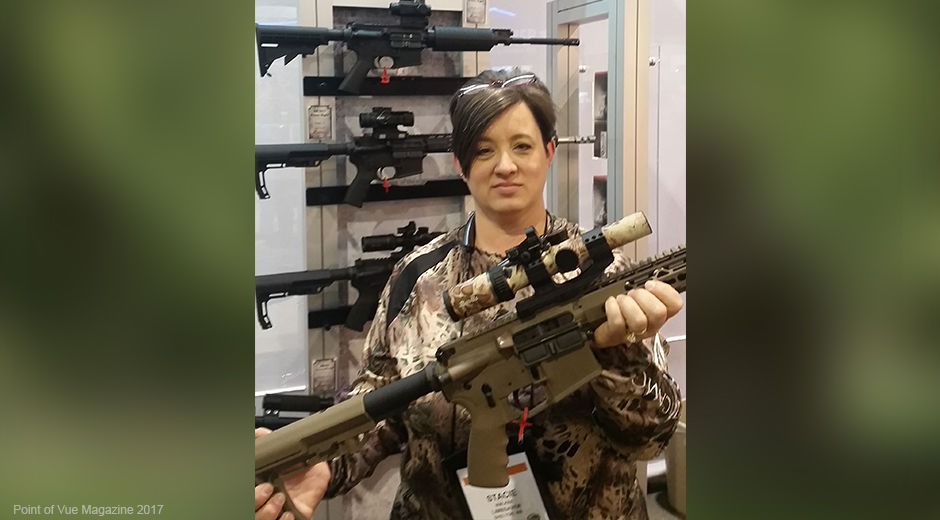