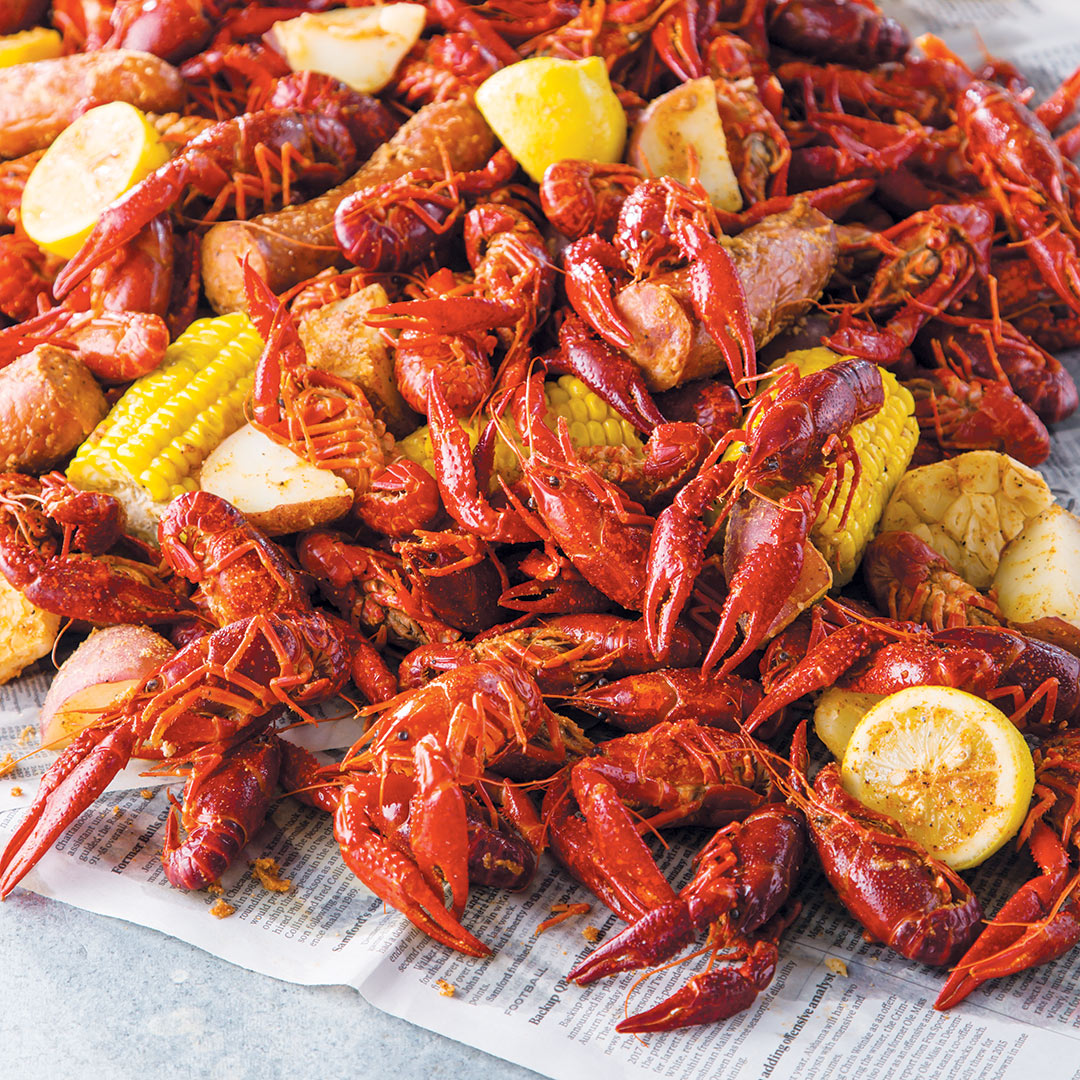 The gods of the crawfish world, as well as the titans and furies and fates and muses and even the minor pond deities, have looked with favor over Louisiana this past year. All omens and prophecies and portents indicate that the 2020 season will be a good one. And as we mere humans enjoy the peak of the season this month, we reap the spicy delicacies of what the immortals have sown. Already, the devotional aluminum pots of reveling backyard bacchants are showing multiple layers of sacrificial burn marks.

So, what makes 2020 a good crawfish season? Is it because crawfish are eating more decaying rice plants in the ponds? No, rather, it’s less how much they eat and more their motivation to eat. Crawfish get cold when it’s cold outside the tunnel, and when it’s cold they tend to slow down all activities—including scavenging for food. So a mild winter and preceded by nice, rainy seasons is what counts most. And crawfish do what many other animals do during kinda cold, kinda rainy times: They make babies.

And that’s when post-kindergarten humans in their slow-moving chalands figure out how to get the crawfish out of the traps and into net sacks and, ultimately, propane-fired pots. I doubt if the Greeks every had crawfish boils aside their devotional temples to the gods, but if they did I’ll bet it wouldn’t be much of a religious sacrifice. With readily available crawfish here in PoV country, Lenten Friday abstinence isn’t much of a sacrifice, either. It’s almost as if the rest of the week spent without crawfish is the real sacrifice.

Crawfish alone, however, are not so appealing, except perhaps to egrets, big fish, college biology professors, and other crawfish. What makes the week between Fridays such a penitential time for humans is the flavor of crawfish. And for that, you gotta add some incense to the sacrificial fire, like the ingredients of Zatarain’s Seafood Boil: mustard seed, coriander seed, cayenne pepper, bay leaves, dill seed, and allspice.

Alas, such spiciness isn’t for everyone. This following is a true story. In 1998, I spent two weeks studying gene cloning at the famous Cold Spring Harbor Laboratory on Long Island in New York. We were a group of about 20 from universities around the world studying the latest techniques. Among us were two young lady scientists from Sweden. In the course of conversation, I raised the issue of gene cloning in crawfish. “By the way,” I asked them, “Do people in Sweden eat crawfish like we do in Louisiana?” “Oh, yes!” one replied, with the other nodding in agreement. “We have cook-outs with our boyfriends where we boil the crawfish outdoors and then eat them along with a few beers.” Sensing a cultural connection, I inquired further: “How do you season the crawfish?” She replied, “We just boil them in water.”

“Well, yuck!” I exclaimed inside my brain without using my mouth except to slowly smile at my next thought. “Let me send you some of what we use in Louisiana to season crawfish!” Enthusiastic for the offer, they shared their Swedish addresses. Upon returning home, I promptly visited the supermarket, buying two boxes of Zatarain’s Seafood Boil (one for each lady), and then the post office to ship the boxes off to the Nordic peninsula. How did they like spiced crawfish, you ask? It’s been two decades now, and I’ve not heard back from them since. Maybe it was the coriander.

So, what can we learn from crawfish season this year? (1) Cook some crawfish for your family, and you too can be a minor pond deity—at least for the day. (2) Eat and molt. Enjoy life. Avoid cages of small mesh. (3) Keep stuff like cayenne and crawfish seasoning away from your eyes and other sensitive places like Sweden. (4) Always wash your hands as if you’re removing crawfish evidence from them. Like the spread of cayenne and crawfish fat, you’ll also stop the spread of viruses. POV