Life is Good on Main Street

The hidden battles that are fought when veterans come back home after deployment are critical to transitioning into a world that once was normal and is scarcely talked about, especially through the eyes of our veterans. South Louisiana Veterans Outreach (SLVO) was founded in 2019 by a group of local combat veterans who not only recognize the struggles of returning home after deployment but also suffer from the repercussions as well. Board President Brock Talbot said one of the most difficult aspects of the non-profit outreach is that veterans are a prideful population who always take care of not only themselves but those around them. Often, when a veteran comes home and struggles with PTSD, disabilities, or unemployment, they try to handle it on their own until things get overwhelming. It was a tragic experience that led to the foundation of SLVO. 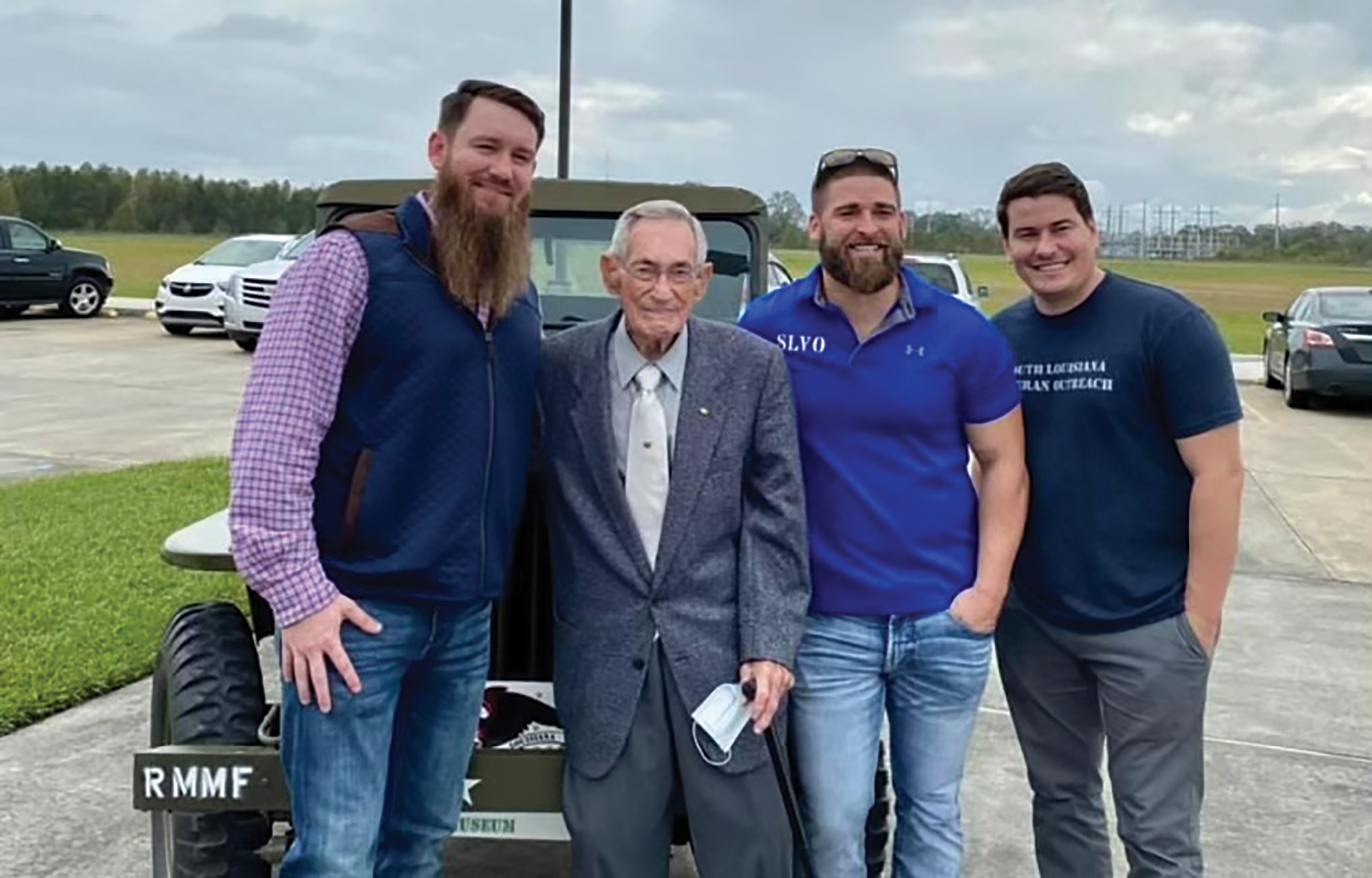 Brock signed up with the Army at the same time as a friend who was also from Houma. It was this friend who lost the fight to PTSD when he committed suicide that inspired the organization to come to fruition, “Myself, along with the other board members, wanted to put something together for a network for veterans to reach out if situations like that would arise. We quickly found out that it wasn’t just a phone call, a text message, or hanging out with your buddy type of deal, it was veterans needing financial support as well.”

This is when SLVO shifted to helping veterans pay their mortgage, cell phone bills, utilities, insurance, rent, groceries, gas, vehicle payments, and anything with monthly obligations and that’s where the organization has focused for the past two years. The organization raises funds through community events, such as Freedom Fest and a Gumbo Cook-Off. The group has also seen success with raffles that they partner with local businesses, “ We’re very community-driven,” Brock said, “ We really try to benefit the businesses that sponsor our events by giving them as much business as much we can push to them, give as much recognition as we can, supporting them personally, and anything that we can do to show them the appreciation we have that they support the organization.” In the last raffle, they raised close to $25,000, which has already helped many veterans.

Most veterans are pride-driven; they’re proud of their service, they’re proud of the people they were in service, and when they get out, they carry that same pride with them. Brock explained that when they struggle, it may be hard to turn to someone else for help, and the organization witnesses veterans reaching out when it’s the last resort before losing everything. “It’s very hard because it’s kind of like discussing your personal situation to a complete stranger. Of course, there’s going to be barriers up,” he said,” We have to ask the hard questions. We try to do all of this face-to-face so they can see that we are real people. We relate to them.”

SLVO board members are all combat veterans which makes it easier to relate to the population they are serving, “we know what the veteran is dealing with. We feel what he’s dealing with as well because we deal with the same struggles,” he said. Brock served seven years in the Army which included two deployments; one to Iraq and once to Afghanistan. His first deployment was in 2007 when he was just 18 years old, “I spent two birthdays over there, so when I came back to the United States I was 21…from 18 to 21, I’m definitely not the same person, on top of what I went through,” he said. His second deployment was in 2010 just two months after he and his wife had their first child. “It’s a very rough lifestyle and it for sure goes unrecognized for spouses as well. It’s not easy. It’s rough to transition back into this type of world,” he explained.

It’s these experiences that bridge the gap between strangers. When veterans return home and struggle with the transition, they have those that surround them, but Brock said it’s a different experience altogether when you talk to a fellow veteran. “You understand that they understand how you feel. They’ve been through the same situations and they understand what you’re thinking and how you’re feeling,” he said. Part of the process that goes beyond transitioning back home is some people may live in denial when they don’t think they have a problem. “You get out of the service and you might not think you have a problem with PTSD or traumatic brain injury, or any other type of disability,” Brock said, “but in reality, the veteran is showing symptoms…this could be five to ten years down the road.”

SLVO’s long-term goal is to have a facility that offers amenities to veterans such as internet, events, providing meals, networking, and more free of charge for veterans. To donate or to keep up with the organization, follow SLVO on Facebook or visit www.SLVO.org. If you’re a veteran or know a veteran that needs help, reach out to them through Facebook or the website to get help today.