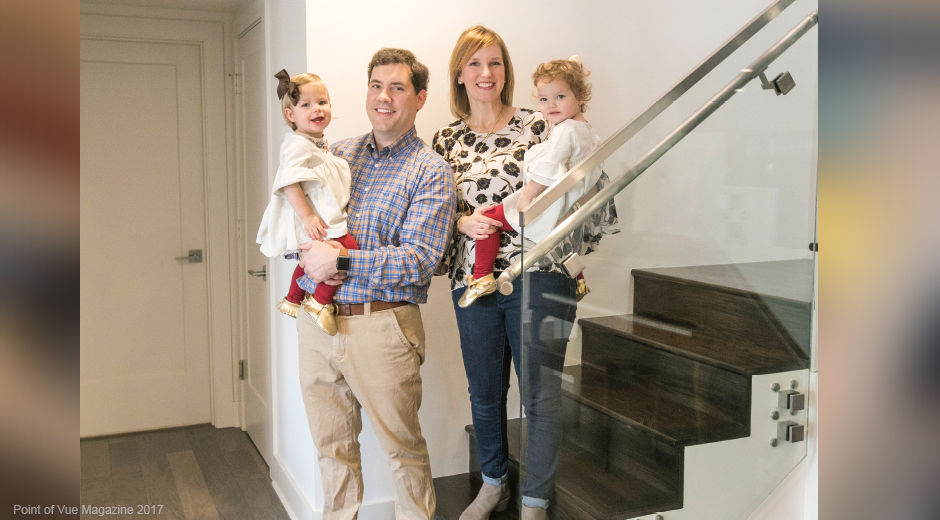 Built in the 70’s with a decidedly Mid-Century Modern style, Christopher and Anne Rodrigue embraced the home’s style in their home renovation, creating an updated, livable space for their family.

After welcoming twins, Colette and Adele, the couple agreed that they needed a larger space and looked at the property. Belonging to Christopher’s great uncle, he remembered visiting the home as a child, but they had a hard time seeing the home’s potential. The couple enlisted the help of interior designer Amy Flores of Weimer Gros Flores Architecture and Interior Design and were blown away by the renderings. After securing Paul Ledet of Chris Ledet Homes as the contractor, the renovation and transformation began. After ten months, the Rodrigues’ dream became a reality.

By relocating the stairs, the living room and kitchen are now one large open space. The wood plank clad ceiling is painted in a semi-gloss finish, breaking up the vast expanse of ceiling while the shiny, almost reflective finish makes it somewhat disappear.

Quartzite countertops in the kitchen polish off the space and a waterfall edge on the island makes a sleek and modern statement. One of the couple’s favorite areas for entertaining, the kitchen and living space are well suited for enjoying good food and company.

The dining room features a transparent set of cupboards with a pair of solid doors in the center that appear to be a pantry, but work as a sort of secret passageway into a wine library. This quiet, intimate space is a well-kept secret in an otherwise very open house.

Bringing many of their existing transitional pieces and furniture from their previous home, Christopher and Anne achieved an eclectic space which blends nicely with the home’s architecture while making it uniquely theirs. 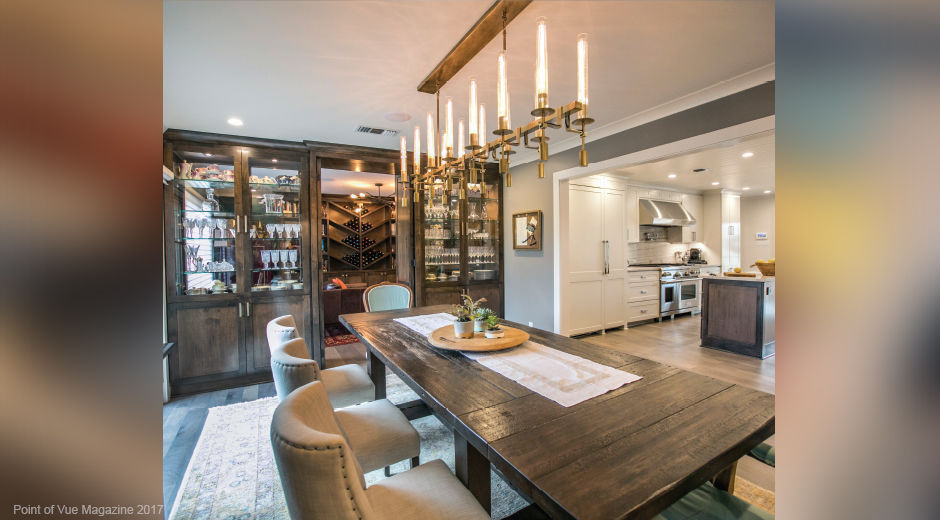 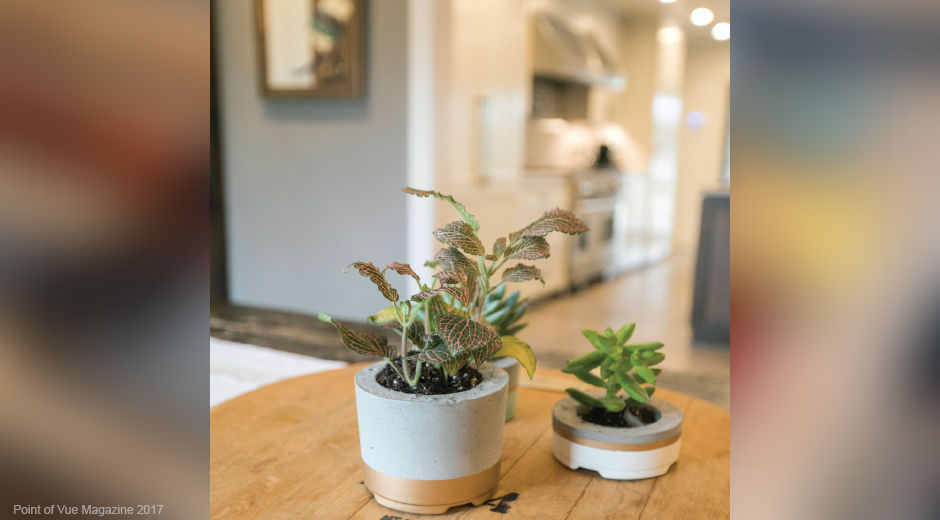 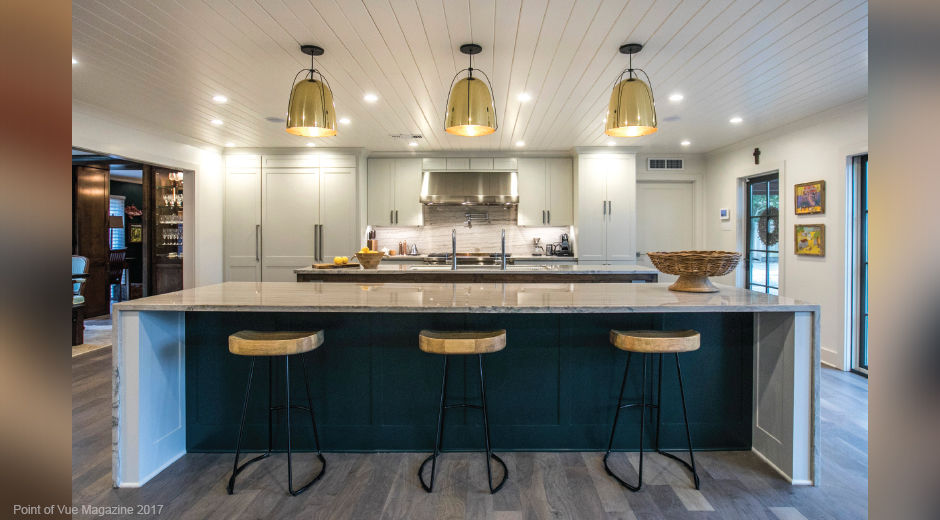 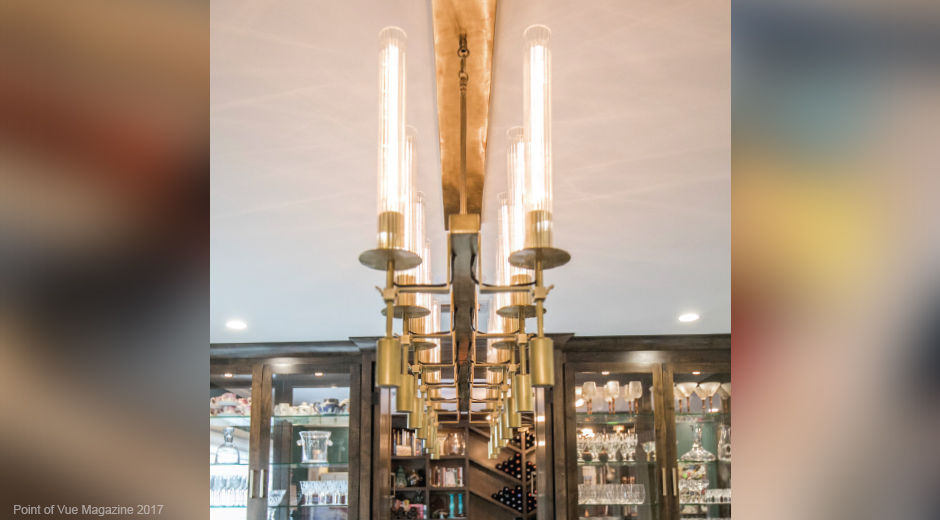 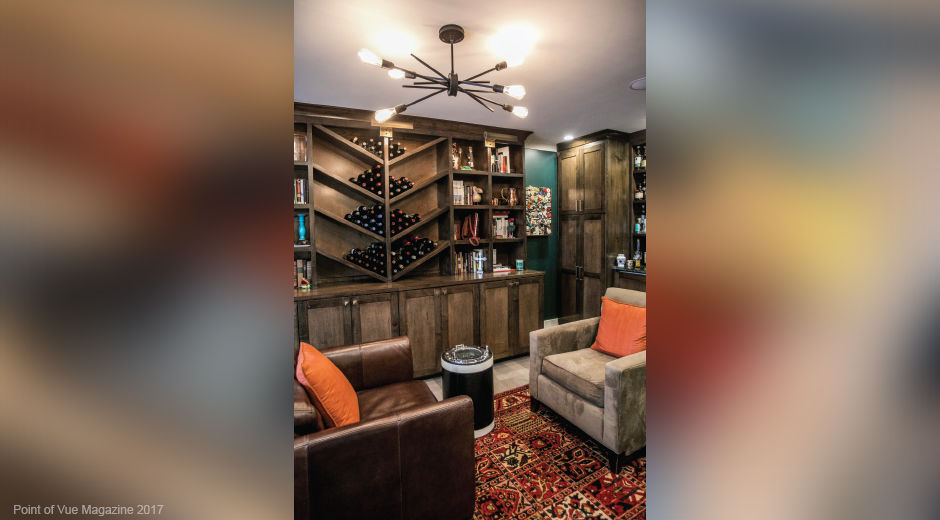 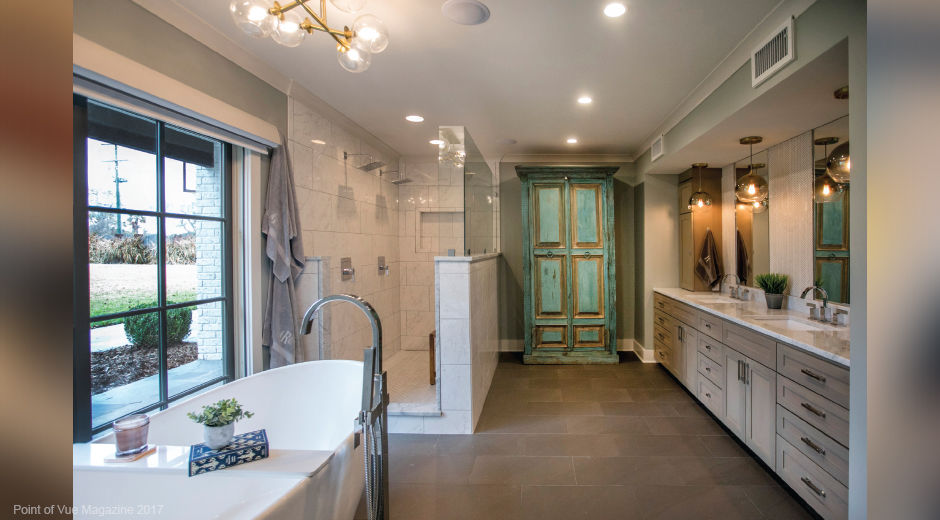 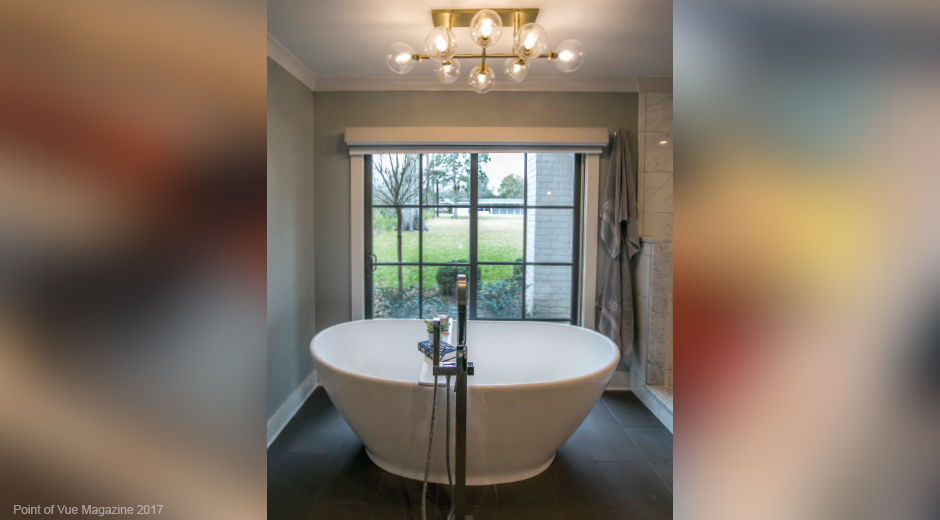 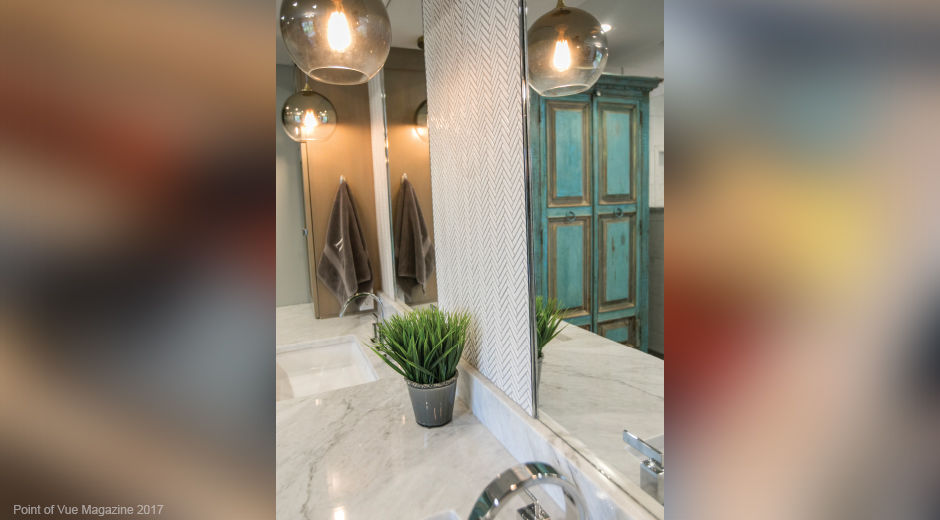 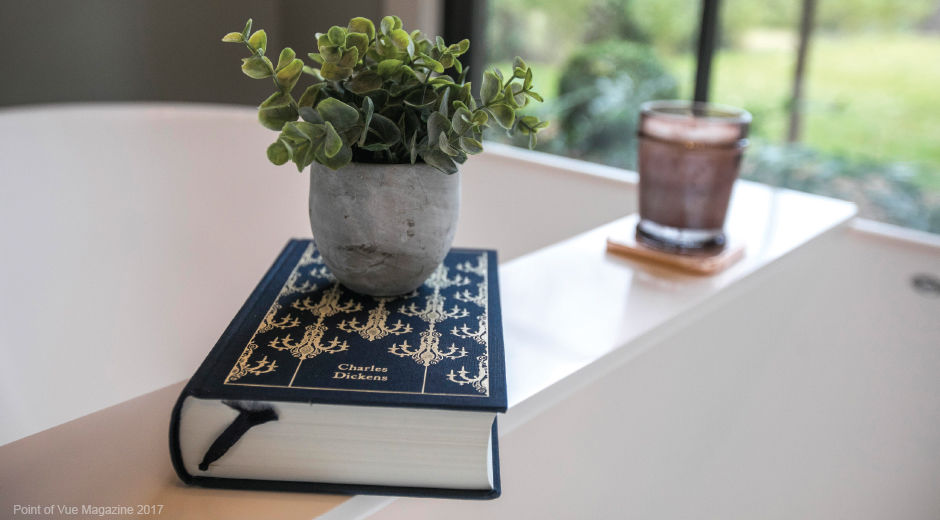