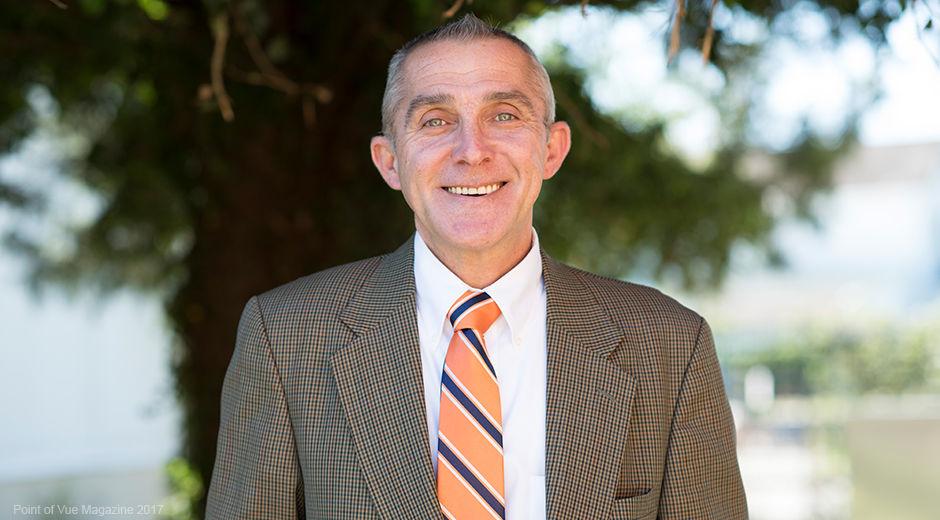 Think back with me for a moment to when you were a child. What things did you look forward to doing each summer? I’d be willing to bet not many of them involved being inside in front of a TV or computer screen!

It was a love of being active and outside during his summers as a child that guided Myers McAllister to create his school’s summer bucket list. Myers is the Head of School at St. Matthew’s Episcopal School in Houma. For three years, he has sent students off to summer vacation with a list that aims to keep the children active and perhaps enjoy a few of the same activities he did as a child. While the idea for the list came from a colleague that served as head of school in New Orleans, Myers’ list is entirely his own.

“My summer list is a list of ten things that I enjoyed doing as a child or that I still enjoy doing as an adult,” explains Myers. “They are simple things that I think kids should experience at some point in their lives. This is a way to get kids active and trying some new things. It’s also a way to get them out of the house in the summer and away from screens.”

Myers’ personal summer activity list always included spending time outside. “Where I grew up, it was all about being outside in the summer. It stayed light until 9 o’clock at night, so right before dark we would catch frogs. I just love those simpler times.”

The summer bucket list contains ten activities that are geared toward all age groups, considering the school’s educational program begins with three year olds all the way through 7th grade. Myers feels ten activities are just enough to complete over the summer with your parents or grandparents. The list has experienced a few tweaks in its three years, with the biggest edit revolving around a certain insect that doesn’t exactly call south Louisiana home.

“On my first list I included catching fireflies,” laughs Myers. “I didn’t realize you never see fireflies here. I grew up in Georgia where they are everywhere. That was probably my favorite thing to do. So that evolved. It is now a list bonus for if you happen to travel.”

Students that complete the entire list and have a parent sign off on each activity, enjoy a treat from local downtown favorite Scarlet Scoop. Myers personally walks across the street with the students during a special outing in the beginning of the new school year.

As an educator, part of what Myers loves about the summer list is that these kinds of activities like playing outside offer so many outlets for creativity and imagination.

“When we were kids we used to use a stick–it’s nothing but a stick–but it could be anything we imagined, a sword or a wand, anything,” says Myers. “We would make forts as a kid with pine straw walls. Those are some of the best imagination builders, and I think these activities too will encourage children to create.”

Mr. M’s Top Ten Summer Activities includes a few parent favorites: Bake a pie with one of your parents, then either share it with your family or give it to a friend or neighbor; write a letter to someone and mail it to them – the old fashioned way; and go on a bike ride with your parents or another trusted adult.

One of the student favorites is: Catch some tadpoles and watch the life cycle of a frog. Myers laughs as he recalls some of the messages he gets from parents regarding that particular item on the list.

“I do hear from a lot of the parents,” Myers says. “I get texts and letters from parents and grandparents about doing the activities with the children. I get lots of feedback, some not so nice, especially with the tadpoles. I get texts saying ‘I can’t believe I’m out in a ditch catching tadpoles!’”

Myers’ own personal favorite on the list is: Read a book that is not required. Try a classic. Every summer, Myers completes this activity himself. He enjoys reading or rereading the classics, and often reads the same books that are required of his students. Myers believes the toughest item on the list is learn to do one of the following: a yo-yo trick, juggle, or a magic trick.

“That’s the one I keep coming back to each year,” smiles Myers. “It’s a tough one. The children pick it up quickly, and I know I’ll master it eventually!”