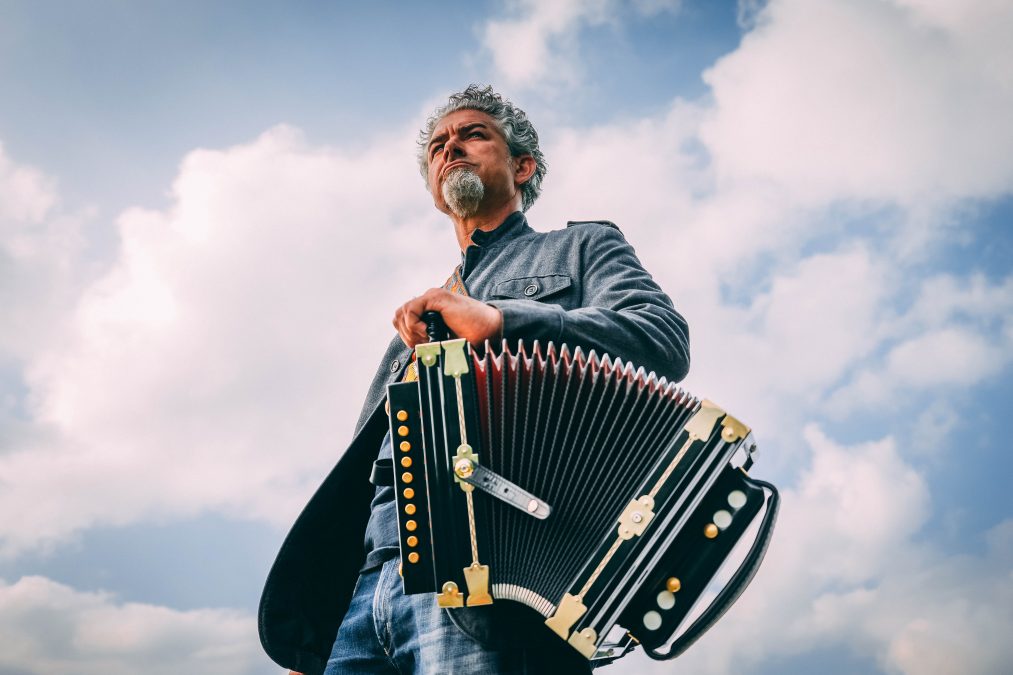 Tyron Benoit’s music is just as diverse as Cajun culture. When you listen to the band’s music, there’s a dash of Zydeco, a pinch of rock, and a sprinkle of Americano. It’s culture that drives his passion, and as they say, there is no place like home.

Tyron, a Houma native, has a passion for the Cajun culture that has delved into his music, “There are so many great musicians from our area and I think we take that for granted because we grow up with it,” he said. “It goes all the way back to my grandpa’s house. He was an unbelievable harmonica and fiddle player…music was born with us.” Other than the folk influence from his grandfather, his family frequently listened to Classic Rock, which the fusion is evident in Tyron’s music today. Genre isn’t the only diverse aspect of Tryon’s music. Although his love is playing guitar, he also plays the keyboard and accordion. He views instruments as tools and a way to not only tell his story but his way to keep the Cajun culture alive.

The family tradition is in the Benoit family’s blood as his brothers Tad and Tate are also successful musicians. The arts have always been a part of Tyron’s heart no matter where life took him. Tyron’s journey began with a combat tour as a US Marine in Desert Storm that kept him away from his creative calling. After serving his country, he pursued a dream and moved to New York to study acting. The epiphany of playing professionally came when he started writing music in his small apartment and sharing the talent with his brother Tate. The collaboration eventually led to Tyron moving to the mountains of Colorado where the brothers performed original music together. Calling themselves Too Fish, they started playing throughout the midwest. Their music, described as blues and rock, resonated with anyone listening, and the success of the music led to Tyron wondering why, “It left me wondering, what are we doing differently than the rest?” he said.

The answer to his question came to Tyron when he moved back to his Southern roots. Moving to New Orleans, he was able to expand his music avenues that led him to learn more instruments and to explore various genres that he didn’t play before. He said when it came to playing publicly, he didn’t care if there were only a few to show up, his ultimate goal was to get those few people up and dancing. And he did just that.

The South is where he needed to be and was that coming home where he realized just how special the Cajun culture is along with the impact it has had on his life. Having to answer the call of family obligations, he wasn’t able to play professionally anymore. “Life takes turns and God puts you where you need to be,” he explained. Although he wasn’t able to play his music professionally, his passion continued, and he kept writing music. After family obligations were met, Tyron began playing professionally once again, gracing Houma and the surrounding area with his musical palette.

South Louisiana has a special place in Tyron’s heart, “It’s the culture, it’s where we’re from, it’s who we are, it’s how we treat each other and growing up in Houma,” he explained, “It’s going fishing down the bayou… Our culture is so special!” He said he loves working with organizations such as the Hache Grant Association because they work with passion to preserve the culture of our area, “Why does Louisiana mean so much? It’s because it is the source of who we are! They [ Hache Grant] know it has to be rebuilt because it’s the source of who we all are!”

A recent tune, “Feels Like Home,” was picked up by Rouses Markets for use in a holiday commercial in 2021 and for good reason. The song brings a certain nostalgia and one can’t help but go back to the source of who we are with memories of family gatherings and being outdoors. As the commercial showcases our Sportsman’s Paradise, Tyron sings, “Sunrise in the blue skies, birds flying through paradise, a little bit longer, a little bit stronger, somebody’s smiling down on me. With those long days and grueling nights, friends and family in candlelight. Feels like I’ve been runnin’, but something big is comin’, and I don’t want to have to wait and see. It feels like home, it’s where I wanna be, I know the troubles, they come and go, can never take you away.” He said when he was writing the song, he was writing it with a sense of recovery following Hurricane Ida, which portrays the southern culture all in itself. The fact that Rouses used the song also made him proud because Rouses is a local grocery that also exhibits what makes our family-oriented roots so special.

The Tyron Benoit Band is currently in the studio working on an EP. On the heels of the success of “Feels Like Home,” Tyron is recording the popular full song and the EP will be released in late August or early September of this year. “This album is going to be more in that ’Feels Like Home’ country vein. It’s really exciting to have an album release on May 27 and then to follow it up immediately after,” he said. The May 27 album is titled ‘Waitin’ on Friday’ and includes titles such as ‘Bayouside’ and ‘Good Thing.’ The album reflects the diverse Cajun culture having country, Zydeco, Americano, and rock influences that one can only understand when listening to.

Tyron appreciates Southern hospitality and treasures those moments with his family and friends that create special memories. His wife moved to Houma from Fort Walton Beach, Florida when she was 20 years old. They connected immediately and Tyron said they’ve been attached at the hip ever since. The couple has two daughters who are also creative souls. One daughter is a graphic artist and the other a successful actress. The love for expression, the passion for culture, and appreciation of life’s precious moments are being fostered in the Benoit girls, “I believe there’s no destination in life; it’s a journey because the destination always changes until you reach the end and then, in the end, you take none of it with you except the memories that you made. It’s the memories that are the important thing.”