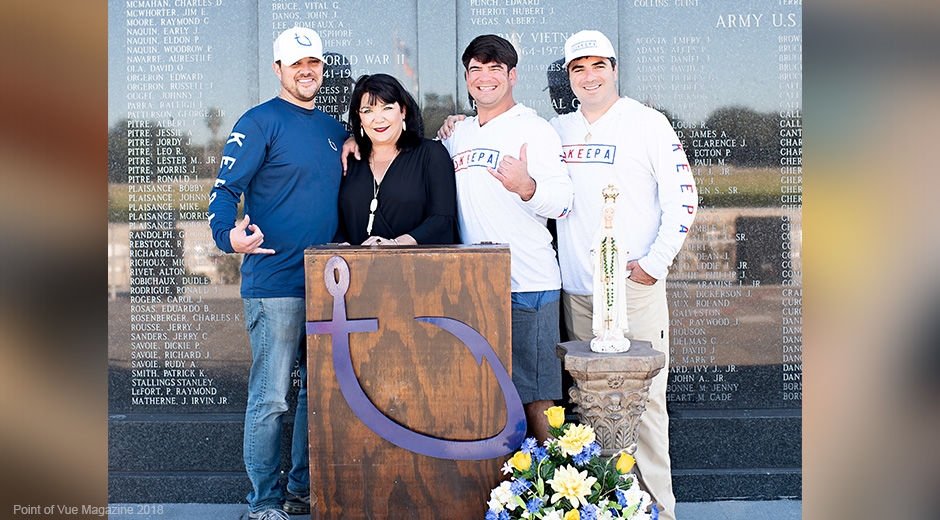 You often come across many people in the various communities that make up the Bayou Region that are willing to lend a helping hand. Whether it is for hurricane recovery, financial struggles, loss of a loved one or other reasons, many of us can think of a moment a family member, friend or neighbor has helped us in a tough time. What makes us so strong is our willingness to help one another even though we each encounter our own adversities. The embodiment of this strong South Louisianan willingness to help and “love thy neighbor” is the Cut Off-based organization Keepa—who have kept their faith and powerful bond despite facing their fair share of tragedies.

Although the organization officially started in 2015, the brotherhood’s origin goes back many years before that. The Cheramie household consisted of Jody (Big Jo) and Jill Cheramie and their two sons, Tyler (TC) and Korte. Life centered around this Cut Off home for not only the Cheramie family but also for many family friends such as Cullen and Tyler Rebstock, Russ Guidry, and Brandon Bouffanie.

“Their home was the place where we all gathered. No matter happened on the weekends, it started at the Cheramie house,” Tyler remembers about their childhood. “We were a band of brothers; we grew up together. There was a special bond there that was noticed at a young age by Mr. Jody and Ms. Jill. Mr. Jody always told us, ‘No matter what happens, y’all always stick together.’ We did that.”

Big Jo laid the ground work for what Keepa is today. He instilled in the young men the thoughtfulness, love and respect for others that they still carry with them. He often said, “Keep those heads up boys,” through times of good or bad.

Unfortunately, on January 9, 2006, Big Jo passed away of a heart attack at the age of 47. This was a devastating blow to the family, but the tenacious group was able to persevere through this heartbreak.

“We all kind of went down a downward spiral together,” Tyler shares. “Korte found Christ in that moment, and it brought us all together.”

After grieving the loss of their loving father, the Cheramie brothers began spreading and living to the values Big Jo had taught them. They set out to get more involved in charitable works to help out their community. Always being passionate about the sportsmen lifestyle, Korte earned his captain’s license to start chartering offshore fishing trips.

Both Korte and TC didn’t hesitate to become first responders when disaster struck South Louisiana during the 2010 Deepwater Horizon oil spill. The brothers relentlessly worked to help restore the Gulf Coast—with TC running cleanup crews along the shores and Korte running response vessels out at sea. Korte even managed to help save a sinking vessel and the souls onboard, which earned him Coast Guard Certified Honors.

After continuously supporting local efforts for the years that followed, the Cheramie family and Keepa brotherhood experienced another tragic loss. On January 28, 2015, TC lost his life due to a fatal car accident at the young age of 29. This sent the brotherhood into another state of depression. However, it was through this tragedy and the imagination of Korte that the first visual of Keepa came about. He wanted to honor his older brother and the fishermen lifestyle they were both impassioned about, so he came up with the “TC Hook”, the logo Keepa still embraces today.

“Korte wanted to remember his brother and so did we because we were all brothers. What better way remember our fallen brother than coming up with a sick logo that when you looked at it was like, ‘Wow,’” Cullen explains. “When Korte put the ‘t’ in the hook he first thought it represented Tyler Cheramie, but then he realized it represented Christianity,” Jill adds.

Korte’s faith and determination always shined bright and eliminated whatever dark shadows were cast over the group. He also transformed into a “fisherman of men”.

While on a boating trip with his brothers, an argument transpired between the members. Korte calmed the group down and asked, “What do we have to do in our lives so we can get to heaven and be with TC again?”  After a long silence, one member of the crew said, “We need to be our brother’s keeper.”

Later on, the first fish of the trip was caught and someone yelled, “That’s a keepa!” Henceforth, they were Keepa—the fishermen of men.

Another dark cloud arose over the organization on February 25, 2017. Korte rejoined his brother and father in heaven after he passed away while sleeping in his bunk in a vessel at sea, at the age of 28.

However, the resilient organization’s strong bond did not deteriorate, as they remained strong and continued to honor the legacy of Korte, TC and Big Jo.

“The way we all came together and just found hope was truly a miracle,” Russ says. “I lost two boys, but I gained many,” Jill shares.

Today, they spread their message and mission with Keepa apparel and decals on their website www.keepaoutdoors.com—raising money to give back—while constantly doing other charitable works. They are always there for the people of their community—willing to lend a helping hand and inspire hope.

“Faith, strength and hope is what Keepa means to me,” Jill says. POV 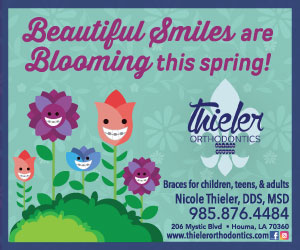 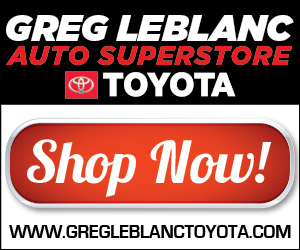