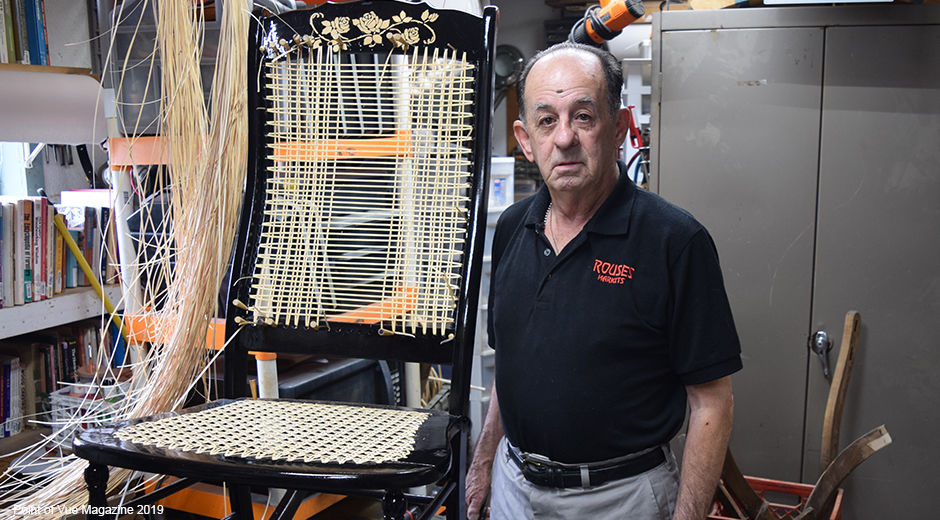 So when asked if he’s an expert at crafting and working with his hands, he says no, then quickly turns the attention to something else.

“How do they say it? Master of nothing, but a Jack of all trades?” he says with a laugh, before placing his hand on the top of a rocker. “I’m not an expert. I’ve just learned bits and pieces along the way.”

His work, however, says a completely different story — the tale of a brilliant artist who has dedicated hours to produce caning on the seats of hundreds of rockers that have been purchased throughout the state.

Gary practices the art of caning. With patience, skill, a little bamboo and lots of time to kill in his tight, cozy workshop, he weaves basket seating on rockers and other furniture pieces in his tight workshop — a skill he picked up decades ago.

He says he has “no idea” how many rockers he’s worked on, but adds quickly that the entire hobby is a labor of love.

“I enjoy doing it. It takes your mind off things,” Gary explains. “If you have a headache, it’s a good hobby. You start on your pattern and by the time you realize it, your headache is gone. It’s time consuming. It takes your mind and puts it into a different world. And the product is just beautiful and it’s built to last. If you take care of it, it’ll last you 25 years, 30 years — maybe even closer to 40 years. It can last from a generation and be handed to the next.”

It’s a hobby he picked up at a tough time in life. Gary says he’s always been handy working with his hands. He shares that he remembers a time as a child when his parents were remodeling their house.

“And I’d get to skip school to help out,” he says.

“He likes to take things apart,” wife Arlene adds. “He’s always liked to get have things into pieces so he could see how it all worked.”

In the 1980s, Gary had a severe back injury while working, which sidelined him from traditional labor and kept him in the house more often than he’d have liked. As he recovered, he read woodworking magazines and saw an advertisement from Tulane for caning. He sent off for a brochure, did a little research and then it clicked.

The process of weaving starts with supplies, talent, patience and a pattern. Gary says some of his patterns are uniform, while he comes up with others on the fly while he works.

The supplies include bamboo, which Gary purchases while shopping different markets throughout the country.

He explains the hobby is becoming more difficult to sustain because of the cost of the product.

“People are getting scared of the price,” he says. “The cost of the bamboo has gone way up. It’s hard to get out of it what you put into it, but that’s OK sometimes because when you like to do something, it’s not always about the money anyway — it’s about you doing something you love.”

Gary showed off a rocker he displays in his home — a beautiful piece that’s both decorative and comfortable.

When asked how long the project took, he says modestly, “about 24 hours.”

Arlene immediately warns that her husband’s modesty is a bit deceiving.

“It takes weeks,” she laughs — denying her husband’s notion.

“It takes 24 hours — if you work straight through without stopping,” Gary adds, specifying his earlier statement. “You do a few hours here, a few hours there. Before you know it, it all adds up and it consumes you.”

Gary is in his upper 60s now and when asked how much longer he plans to perform his hobby, he said he will do it as long as God allows.

He and his family operate Restoring the Past — a small, home-run business that offers his service to the public. Gary says he’s printed business cards and used social media to showcase his work, but adds the best advertising in a small community is high-quality good work.

“People get a rocker, tell people they were satisfied and it all goes from there.” 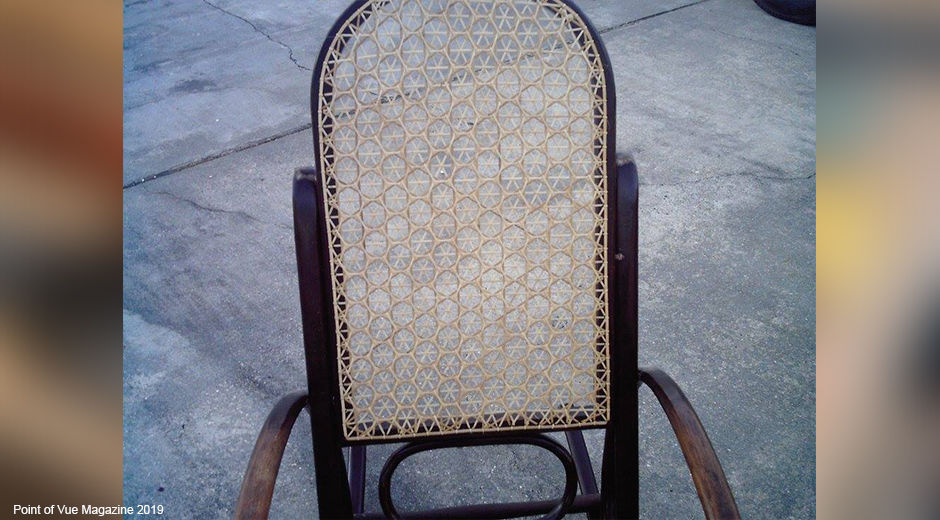 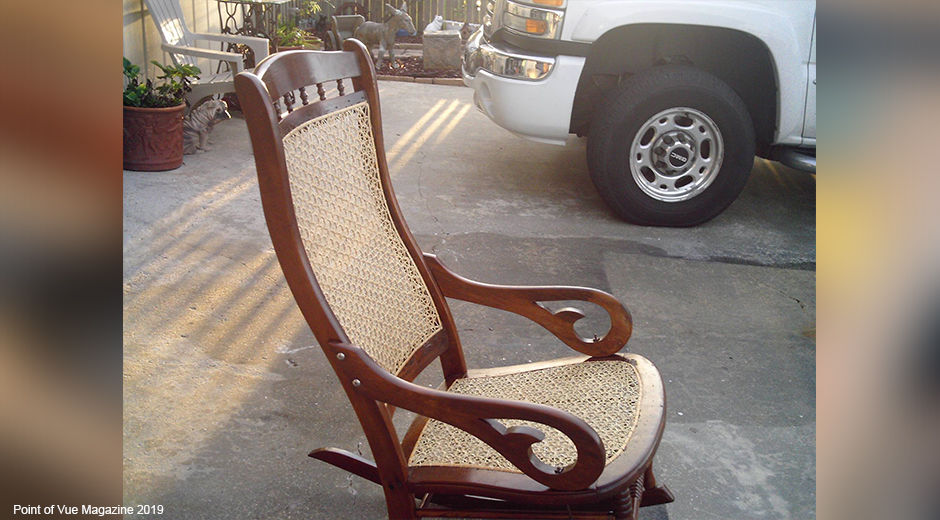