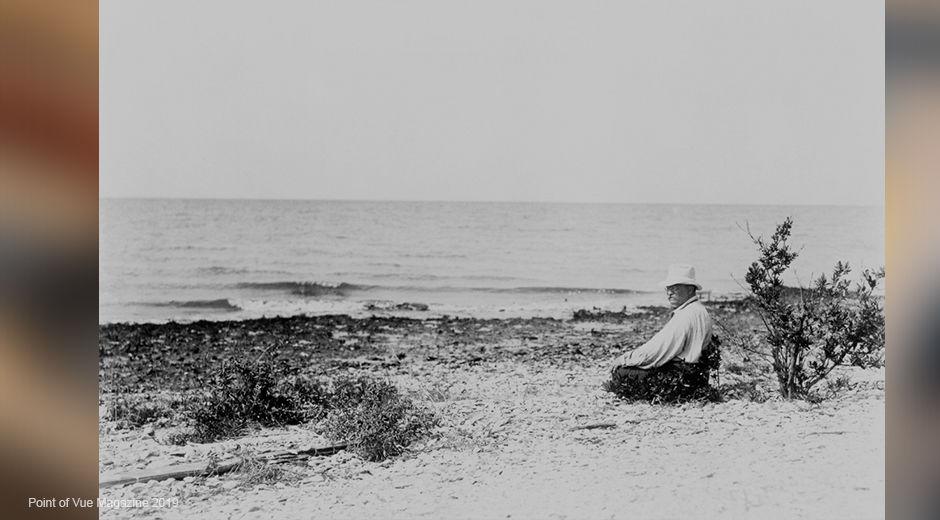 Roosevelt on the Breton

To stand atop the white sand beaches of the Chandeleur Islands as they rise from crystal blue Gulf waters that surround them is to mark a pivotal point in the history of PoV country. The Chandeleurs are remnants of the expansive St. Bernard Delta of the Mississippi River before it was abandoned about 1000 years ago. Over the ensuing 700 years, river sediment completed the Lafourche Delta, including the land we now call home in Lafourche and Terrebonne Parishes.

It wasn’t geology, however, that drew the 26th President of the U.S. to these barrier islands in June 1915.  Rather, the draw was biology.

“At four on the morning of the 8th,” wrote Theodore Roosevelt, “our party started from the wharf in front of Pass Christian,” which he described as “an ideal place for a man to go who wishes to get away from the Northern cold for a few weeks, and be where climate, people, and surroundings are all delightful, and the fishing and shooting excellent.” Widely known as outdoorsman and hunter, Roosevelt was nicknamed “Teddy,” a name he hated, after the well-storied clemency he awarded a captured black bear on a hunt in Mississippi 13 years earlier. His contemporary, Mark Twain, who hated hunting and cruelty to animals, described Roosevelt after his bear escapade as “Still only 14 after living half a century.”

It was more than “Northern cold” that Roosevelt was escaping that June. The old veteran colonel of the First Volunteer Cavalry in Cuba during the Spanish American War was weathered by service as governor of New York, U.S. Secretary of the Navy, purveyor of the Panama Canal, commander of the Great White Fleet, and two terms as U.S. President. Malaria flare-ups, a surgically-repaired leg, a chest muscle that harbored an unsuccessful assassin’s bullet, recent entry of the U.S. into World War I, and being sued for libel, a suit he won but nonetheless suffered just two months earlier, also took toll.

By noon on the 8th, however, he had come upon true escape. As he sat among the native mangroves on the sun-heated sand and shells of Breton Island, amidst resident terns and skimmers and egrets and pelicans, with fish and rays jumping out of and back into water to win his attention, with a gentle Gulf breeze buffeting his billowy white cotton shirt, the old weathered cavalryman enjoyed a warmth and peace that only he himself—the great outdoorsman and U.S. President—could have created. By his executive order on October 4th, 1904, Roosevelt had declared Breton, Old Harbor, and Free Mason Islands the Breton Island Reservation for the conservation of birds and wildlife. The Breton was second of 51 reserves he had declared during his Presidency, and the only one he visited in his lifetime. These islands, their storm-sculpted successors, and the entire Chandeleur Island chain would all become the Breton National Wildlife Refuge.

The idea of the Breton refuge was inauspicious. Alarmed by extinction of the passenger pigeon from over-hunting, Roosevelt focused criticism on Fifth Avenue costume designers for fashionizing the aigrette—the so-called women’s feathery hat-and-hair-pieces made from the back plumage of hunted and sacrificed egrets and other shorebirds, large numbers of which bred and nested on Louisiana’s eastern barrier chain. Plumes were “more lovely in trees and on beaches than on a woman’s hat,” he wrote as understatement.

But the threat to his beloved birds and their refuge would become more insidious than he would ever imagine. Less than four months after his visit, Breton and the Chandeleurs were raked by the storm we locals call “the Great Leeville Hurricane of 1915,” the strongest on record at the time and likely a Category 4 event. Leeville and the Chandeleurs were each home to a fishing village, small farms, and a schoolhouse. In Leeville, only 1 of 100 buildings withstood the 10-foot tidal surge. On the Chandeleurs, no fishing village would ever return.

Neither Leeville nor the Chandeleurs were left unscarred by earlier storms. What we call “the Great Cheniere Hurricane of 1893” that destroyed Cheniere Caminada and killed 900 there also destroyed the U.S. Quarantine Station on the Chandeleurs, drowned four men in its keep, and condemned the brick lighthouse on the northernmost island to an acute slant over the shallow remains of the beach where it once stood upright. And after each storm over the years, mangroves and egrets and other plants and animals would return and re-establish. Likewise, both the lighthouse and the islands would be rebuilt over the next few years—the light house through funding by Congress and the islands through sediments of the old river delta reworked by current and tides. Both would withstand 50 storms and hurricanes in the 20th century alone.

But near the beginning of the 21st century, one storm may have decimated Roosevelt’s refuge forever. In the midst of its recovery from the 12-foot surge and 110 mph winds of Hurricane Georges in 1998, the Chandeleur Island chain was fractured and drowned by the direct assault of Hurricane Katrina in 2005. Ninety percent of the island’s sand was blown and washed away.  The beach upon which the replacement, steel-girded lighthouse once stood for over 100 years became a trench 17-feet deep, and the lighthouse has not been recovered to date. The islands and the habitat they provided reservation birds for a century after Roosevelt’s order were shaved off by Katrina’s winds and surge and rendered underwater in a matter of only hours. Today, fourteen years later, much of the island chain remains underwater and persists as only shoal, and there’s only shallow hope that enough time and enough sediment remain for current and tide to rework the old delta sediments once again and make islands.

No stranger to sand and storms himself, it was the French Explorer Iberville who, enamored with the islands, named them in honor of the Christian holiday, La Fete de la Chandeleur—what we more frequently call Candelmas—which would begin the morning after he anchored there on the first of February 1700. Though the St. Bernard Delta had largely subsided by then, creating the what we know as Chandeleur Sound, Iberville understood the importance of the barrier islands to the western mainland, the great river, and a great city that ultimately his brother Bienville would establish two decades later. The Chandeleurs would serve to protect such a city both from storms and from foreign nations. A century later, the islands served as ramparts over which British Warships were first seen by Lafitte and others in December 1814—providing a form of naval blockade that Secretary Roosevelt himself would have appreciated.

“On the morning of the 12th we returned to Pass Christian,” Roosevelt continued. “I was very glad to have seen this bird refuge. With care and protection the birds will increase and grow tamer and tamer, until it will be possible for anyone to make trips among these reserves and refuges, and to see as much as we saw, at even closer quarters. No sight more beautiful and more interesting could be imagined.” Roosevelt died in his sleep in New York not quite five years after visiting Breton.

In his 1910 lecture for the Nobel Peace Prize, Roosevelt reminded the world that “Words only count if they give expression to deeds… Our words must be judged by our deeds.” In writing of the Breton Island Reservation, he not only gave expression to a great deed but also, by saving Gulf Coast birds from over-hunting and near-extinction, the deed would engrain a concept of conservation deep into the Louisianan and American consciousness. As we now in PoV country face abandonment and subsidence of our own delta, as well as loss of habitat, home, and heritage in our lifetimes, let us continue to commit to the great deed of conservation as he did.