Fall Screenings Can Lead to Early Detection and Successful Outcomes 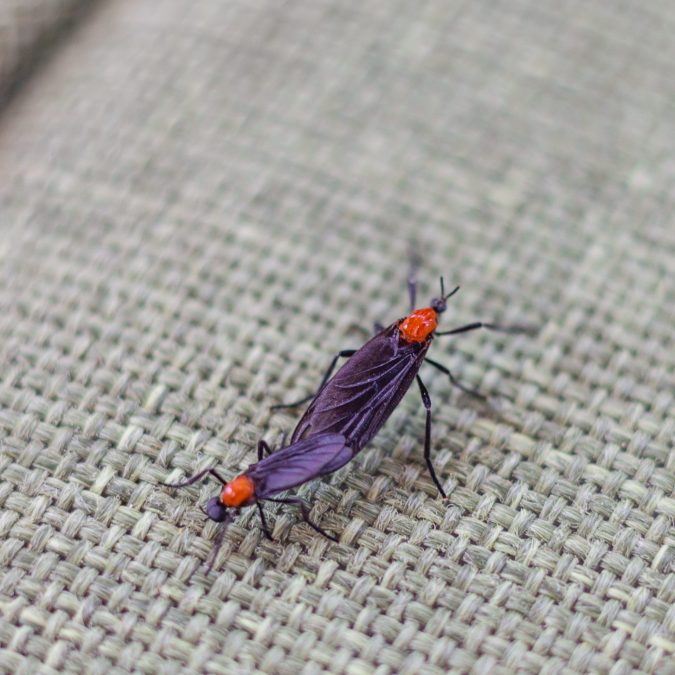 We’ve all heard the adage that if you spend too much time on details you’ll lose sight of the big picture. A less polite way to convey that idea, perhaps, is to be told to get your head out of the weeds and up into the trees. Well, for us in PoV Country, we just experienced a really big picture by the name of Ida, and it’s a challenge to get our heads up into the trees with all those that have been uprooted and toppled down.

Early last month, after daily, sun-burning routines of clearing the yard of a multitude of storm-blown tree branches and roofing shingles, I would spend sunsets cooling down on the front porch just like my grandparents did at their bayou-front house before AC window units became the next big thing in bayou homes. With my head clear during those moments, I would voluntarily enter the weeds and concentrate on small things—things that would normally be swallowed up and made unnoticeable by the big picture—like the uneasy toccata and fugue of two chainsaws in the distance, as their rough tones rose and fell into alternating harmony and dissonance. It’s instrumentation and form that Bach might have explored had he experienced hurricane recoveries in the German forests of the 18th century. He didn’t, of course. But, all of a sudden, here on the bayou of the 21st, all my neighbors became baroque composers sawing broke trees.

In the once-shaded yard now baking in that September oven, it must have been weaning season for baby lizards—some not even two inches long, clinging to the tender, wind-damaged stems and fronds of what used to be decorative plants bedded around the porch. Even tiny males at a young age were raising their heads high and extending their extra jawbone to show-off their throaty masculinity. Maybe all their predators had been frightened away by the storm, and now their reptilian bravery is being expressed. Or maybe in this sun-beaten heat they’ve dried and are no longer youthfully “wet behind the ears.” But that’s really just a human saying because lizards don’t have external ears like us. This is good, because that makes it easier for the thin, sleek animal to invisibly stalk mates and prey and hide in thin spaces. It would be kinda difficult to hide behind a thin plant stem with two perpendicular ears poking out of your head. I know. I’ve tried.

In addition to the emergence of baby lizards, lovebugs hatched last month in what is their regular late summer swarm. The right combination of wet and steamy heat awoke these flies from their under-the-grass larval slumber, and, like clockwork, they arose and began pursuit of their life-long activity. Life is only 4-5 days for them, and so they get right to work fertilizing eggs for next year’s late spring swarms. Storms are an exciting time for lovebugs, as they are attracted to many timely things in the aftermaths: light-colored surfaces like undergarments drying on a clothes line outside an unelectrified house, the beating blades of box fans, and new building materials, especially when the sun beats down on them. But their absolute favorite attraction is motor exhaust, including fumes from outdoor generators, which were plentiful.

One day resting on the porch and trying to catch a breeze to at least half way dry my wet tee-shirt, lovebugs flew about me, buzzed by, and sometimes landed on my clammy skin. One lone female, clearly searching for a bit of nutrition before becoming burdened by dragging an exhausted and dying male behind her, landed on my hand and made her way up my arm. I could see her tiny snout sponging for something tasty as she navigated my wet forearms made slick with sunscreen and dimpled with heat rash. Clearly not nutritive enough, she made her way up the way to the lower seam of my sweaty sleeve, inserted her snout between the tiny twines of cotton there, and rested for a good five minutes absorbing the salty liquid trapped in the fabric. I was happy to share the fruits of my labor in her time of need. What are neighbors for, after all?

With my head out of the trees, I was thinking about an even smaller picture. I was thinking about elections and wishing I had some free-flowing ones coming into my AC unit, washer and dryer, and laptop charger. But in the midst of this strange and untenable unelectrified world, with its vista of downed trees and their chain-sawed renderings, mangled strips of aluminum and vinyl siding, fragments of former fences and lumber, mud, garbage, heat, generator fumes, and no promise of electrons for at least the remainder of the month or until the October PoV issue, I was surrounded by tiny, helicoptering lovebugs—colored deep black and contrasted against the bright, steamy, sunlit background. I found it comforting how the smallest things like bugs can remind us in aftermaths of storms and in our other times of need what life is really all about.