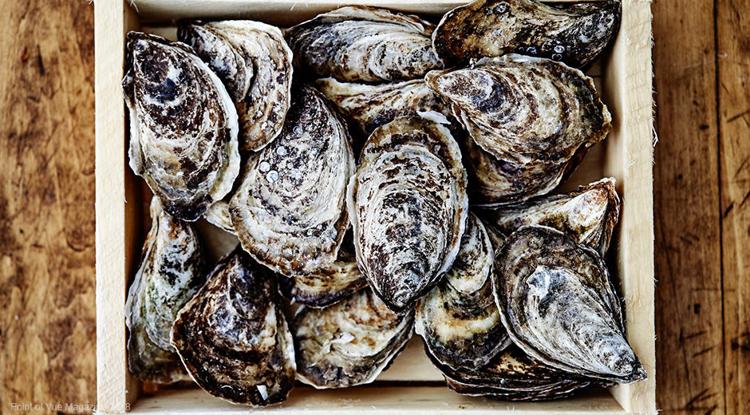 It’s not just every day that you can find a future Nobel Prize winner driving down the road. But on a few days between 1935 and 1960, folks of the future PoV country might have found one.

John Steinbeck, author of the famous novels “Of Mice and Men” and “The Grapes of Wrath”, knew the bayou roads of Terrebonne Parish. The world first learned of Steinbeck’s affection for Houma (or “Homer,” as he called it) in his 1960 book, “Travels with Charlie”, a travelogue of the road trip he took across the U.S. in a used pickup truck camper accompanied by his dog, Charlie. In late November toward the end of his trip, Steinbeck left Beaumont, Texas, in the aftermath of an ice storm on his way to New Orleans. Likely driving old U.S. Highway 90 on this leg, he reminisced as he crossed Terrebonne Parish: “There lives my old friend, …a gentle, learned man, a Cajun who has lifted babies and cured colic among the shell-heap Cajuns for miles around.  …He makes the best and most subtle martini in the world by a process approximating magic.”

Who was this old Cajun friend who practiced medicine back in the day when living off the Gulf was so prominent that many had a pile of oyster shells in their front yards? It was Bayou Dularge native T.I. “Thad” St. Martin, physician and renowned child development expert, who practiced in Houma on the corner Barrow and Belanger Street in the first half of the 20th century.

St. Martin and Steinbeck had much in common. In 1935-36, they both published critically acclaimed novels—Steinbeck’s “Tortilla Flat” and St. Martin’s “Madame Toussaint’s Wedding Day”. Each novel was geographically set in the author’s native land, coastal California and coastal Louisiana respectively, and each captured the colloquial humor and speech of its region. And, ironically, each received its share of criticism from locals as well as others.

Steinbeck must have found a kindred intellect in St. Martin. Inscribing a first edition copy of “Tortilla Flat” (1935) to his friend, Steinbeck wrote, “Thanks for a very pleasant day and good thinking.” Regarding “Madame Toussaint”, he wrote in a letter to St. Martin, “This is a remarkable book. I liked every minute of it. …Thank you again for this good book.” And, in the same letter: “It was as pleasant an afternoon we spent with you as any I ever experienced.” In a later letter, Steinbeck promised to send “Madame Toussaint” to his screenwriter, who had received an Oscar nomination for adapting “The Grapes of Wrath” into a movie.

Steinbeck must have visited multiple times “one of the pleasantest places in the world” where he would hear “the singing language of Acadia which once was French and now is itself.” Inscribing a 1937 copy of “Of Mice and Men”, he wrote, “For the St. Martin’s, after a very beautiful afternoon, from a man to a mouse, J.S.” Inscribing a 1939 copy of “The Grapes of Wrath” for St. Martin, he wrote “It was a good time thanks to all of you.” In “Travels with Charlie”, Steinbeck writes “I have eaten black duck at his table—two St. Martin martinis and a brace of black duck with a burgundy …in a darkened house where the shades have been closed at dawn and the cool night air preserved.” And in 1943, St. Martin visited his literary compatriot in New Orleans for the French Quarter wedding of Steinbeck to his second wife.

The 1960 road trip with Charlie seems a sad one, as a sickly Steinbeck likely knew it would be the last opportunity to visit St Martin in Houma. Of that late November morning, he wrote, “…it was a pale, yellow, frozen dawn in Houma, and I knew that if I stopped to pay my respects, my will and my determination would drift away to the particular lotus St. Martin purveys and we would be speaking of timeless matters when the evening came. And another evening. And so, I only bowed in the direction of my friend and scudded on toward New Orleans…” Two years later, Steinbeck would win the 1962 Nobel Prize in Literature. He would die six years later in December 1968 in New York, one month after the death of St. Martin in Houma.

It’s not just every day that you can find a future Nobel Prize winner driving down the road. So, fellow Cajuns, keep those heaps of oyster shells piled high and the martinis subtle. One may, instead, find you. POV 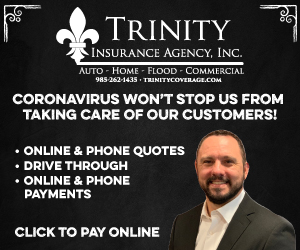