The Secret Life of Crawfish, Pt. 2 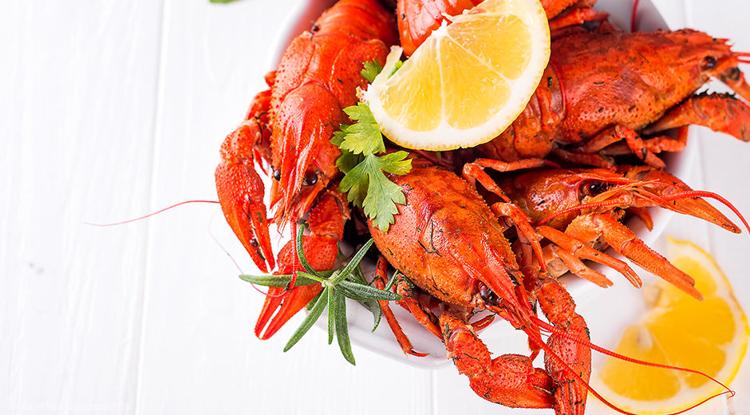 “You not gonna get nothing else till you eat what’s in front of you.” How I hated those words as a kid. Even worse, the continual reruns of Popeye the Sailor cartoons broadcast on WWL gave Mom the animated idea that spinach would actually be appealing to a young boy who should want forearms wide enough to sport anchor tattoos of a respectable size. But the sight and smell and taste of dead, wet leaves were simply unpalatable to the boy whose forearms would one day grow delicate enough to manage turning the focusing knobs of a microscope.

Dead, wet leaves, however, are delicacies to crawfish, like our favorite Procambarus clarkii—the red swamp crawfish. Dead leaves and stems collected by P. clarkii in its nighttime scavenging are dropped like little Santa Claus gifts down its home chimney and become wetted by falling into the stagnating pool at the bottom of its underground chamber. When such food is scarce, however, a crawfish chamber can become sort of a “Hotel California” for insects and visiting crawfish that may try to “check out” of the chamber but “can never leave.” Like other hungry animals facing tough times, crawfish can become cannibals: They’ll eat their visitors, they’ll eat their eggs, and they’ll eat their young.

Eating their young is an aesthetic shame because crawfish have the cutest babies of all crustaceans. The babies or “larvae” of most crustaceans emerge from their mothers’ eggs as microscopic, hairy things that swim awkwardly and that bear no resemblance to the adults they’ll become. Unlike those crustaceans that live in saltwater gulfs and seas, crawfish are freshwater land-lovers, and their young are not tiny, unrecognizable swimmers. Crawfish babies are fully formed before being released from their mothers’ eggs, and, just like cute human babies, their heads are disproportionately large at birth. Again, like humans, crawfish babies are cared for by crawfish mothers before they’re able to crawl. A crawmother will carry her big-headed, pre-motile babies by the hundreds beneath her tail. In turn, the beneath the tail is a good place for babies to hide if there’s no dead, wet leaves at home during the hungry, post-partum days.

Like humans and Popeye, crawfish are what they eat. By living in muddy water, they eat lots of algae—like the green or brown scum you see on top of still canals and old puddles. Algae have colors because they make pigment chemicals in their cells. When crawfish and other crustaceans eat algae, these pigments are absorbed in the digestive tract, carried to the animal’s surface, and held in the shell. Our favorite red swamp crawfish eats lots of a type of rainwater algae that makes pigments known as carotenoids, like the pigment of the orange vegetable “carrot.” Carotenoids are reddish pigments, and they give our favorite crawfish its predominant red color. Though crawfish can have some green and brown in their shells when alive, boiling releases all carotenoids into the shell. That’s why boiled crawfish are all red—not because of cayenne.

At the top of most bestseller lists for the past few months is Where the Crawdads Sing by Delia Owens. The novel is set in 1950s North Carolina, where they recognize that crawfish are not really “fish” but instead they’re “dads.” Whether or not crawfish really sang in the mid-20th century Carolinas, I know that red swamp crawfish sing in modern Louisiana. No, it’s not “I’m Popeye the Sailor Man” or anything else that we could recognize as a human-made song. Crawsongs are more like humming than singing, and they’re sung by a choruses of many, so they can get loud if you get close. If you listen carefully outside in afternoons of crawfish season, you can easily hear the drone of crawfish choirs singing. If you don’t know what to listen for, listen for what sounds like ignited propane flowing through a valve and flaming the bottom of a large aluminum pot. If that song doesn’t make you smile and forsake spinach, then nothing will.