Ron Chaisson: A Man of the Community 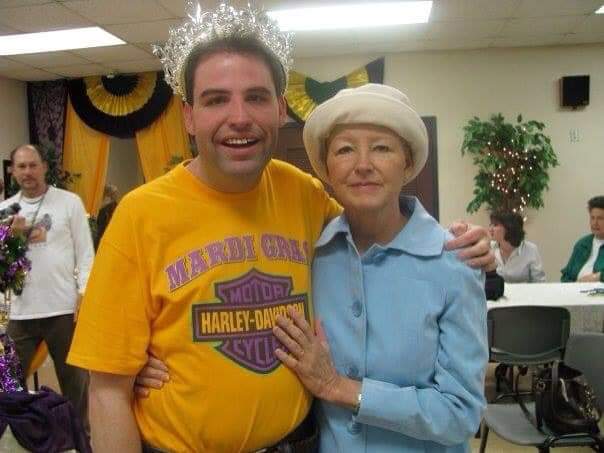 Houma is a tight-knit community: the death of just one person from the area can have a devastating effect on virtually the entire region.

Earlier this month, a 42-year-old avid LSU sports fan and car enthusiast passed away. From those who didn’t know him well, they might just remember an infectious laugh and a smile that lit up the room of a local business they frequented. For those close to him, they remember a positive and kind person, who was always there for them through the good times and the bad.

“I was sitting right across from him,” remembered Ron’s father, Ronald Chaisson. “And he looked up and I looked up, and what he said was ‘Dad.’ And then that was it; he died right there.”

A life that touched many, when the news broke of his death, several people on a wide scale — including business owners, artists, law enforcement officers, politicians and restaurant servers, among others — flooded social media feeds with thoughts on Ron.

“He was a ball of energy, always in good spirits and a bundle of laughs,” said Hans Geist, a longtime friend of the community man. “But what sticks out to me the most is just him always being there.”

The overwhelming reactions came to no surprise, as his cousin, Adam Juckett, noted Ron’s ability to make friends with anybody.

“There wasn’t a stranger anywhere when Ron was around. He would make it a point to meet and talk to people,” he said. “He was easy to talk to, and he was eager to talk to everybody else.”

Juckett said Ron was his first friend, with his earliest memories of them involving pushing his grandfather’s dog in a baby stroller. “I mean we thought it was great fun,” he laughed. “And the dog seemed to enjoy it because he would sit there and let us do it all day long.”

Ron always supported him throughout the years, Juckett said, and was especially thrilled when he worked for the Terrebonne Parish Sheriff’s Office.

“I’d bring my Sheriff’s Office radio with me just because he enjoyed listening to the radio,” he remembered. “He would listen to it so much that he would even start understanding what some of the codes were.”

Ron was “hooked” on anything law enforcement, Juckett said. “What I truly enjoyed when I became a cop was that Ron loved knowing the police,” he continued. “Knowing guys that wore the uniform that treated him like one of their own, he ate it up, man.” 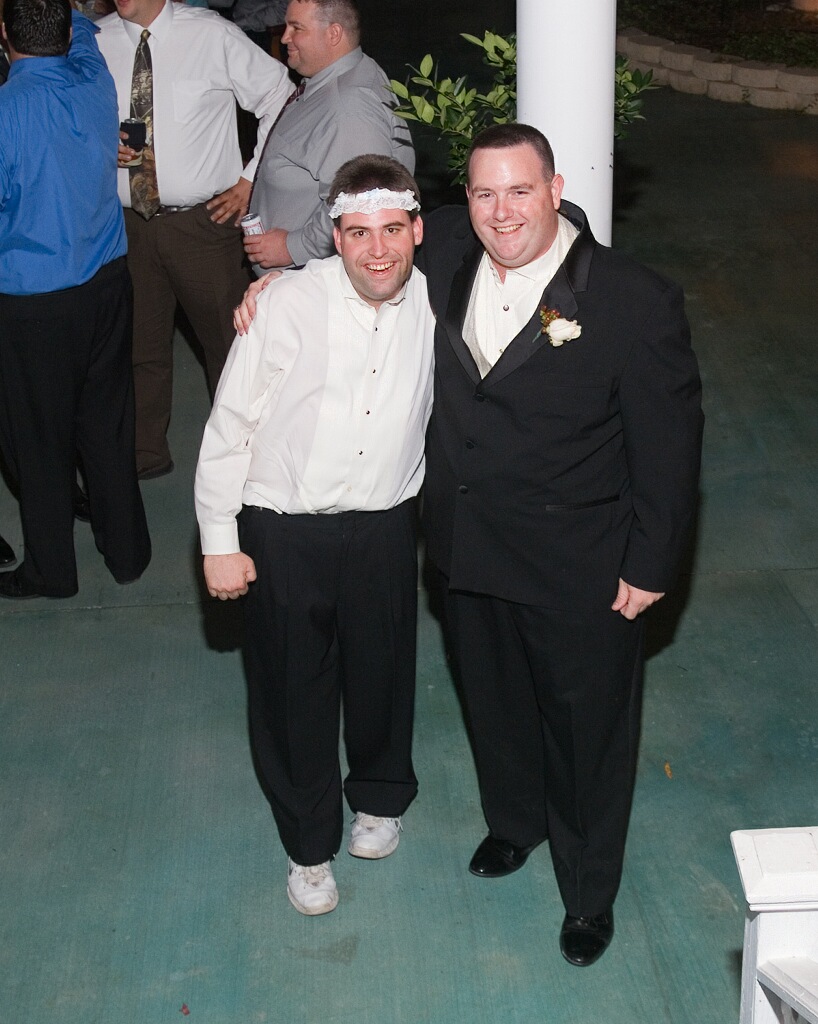 Ron and Juckett pose for a photo during Juckett’s wedding on October 7, 2006.

“My drummer and I brought him a Bandit t-shirt, and you would have thought it was Santa Claus bringing the biggest present you ever had,” Bergeron smiled. “When I ran for sheriff, of course, he had a Bergeron t-shirt on, and he kept that on all the time.”

Geist, a local artist, shared stories of support as well. He said Ron would often visit his shop and buy pieces of his work.

Bergeron and Geist noted that the passion Ron contained could lead to disagreements, but they said all parties would get over it and move on.

“Ron was just that friend who would pull no punches and tell you like it is,” Geist smiled. “But we always made up after.”

That passion Ron had led him to conquer the challenges he faced.

He was autistic, but that didn’t stop him from working hard to complete his high school education.

“A disability hinders you only if you allow it to,” said his former tutor, Charlene Foret. “And for Ron, he took that disability and made it into a positive.”

Health complications caused Ron to lose one of his legs, which was especially tough for the Special Olympic athlete who participated in softball, bowling and volleyball, among other sports. He was able to overcome that, however, later being able to play volleyball again with his prosthetic.

One of the latest challenges he overcame, which Ron was really proud of, was getting his driver’s license.

“It was like winning the Super Bowl for him,” Bergeron said. “And you were happy for him. You loved to see it.”

Chaisson said he put Ron’s driver’s license in the coffin with him.

Ron was looking to make a bounce back from his kidney failure, too, before he passed away on that traumatic afternoon three weeks ago.

“The dialysis was something he did not like at all; some days, it really hurt him. He was really, really depressed and things like that,” Chaisson shared. “But the last couple of weeks he was getting better; he was getting stronger.” 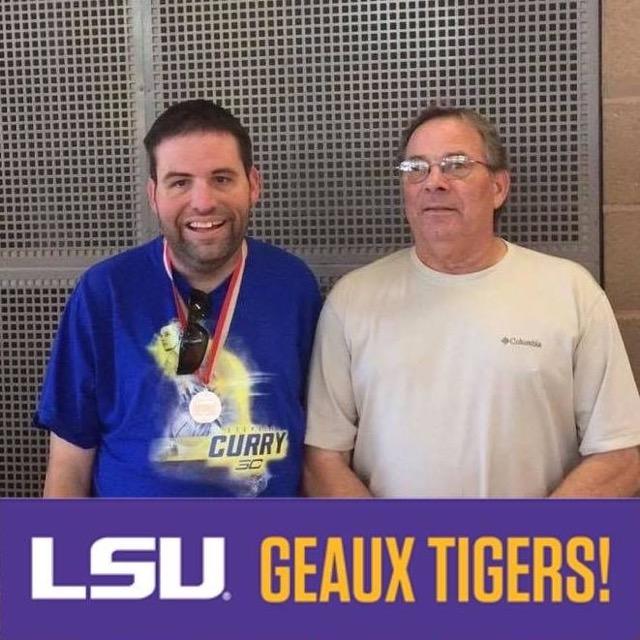 Ron smiles for a photo next to his dad.

Chaisson opted not to get an autopsy done on his son, as the doctor and coroner said the procedure may or may not conclude the cause of death. “We just left it at that — a question mark,” he said. “I didn’t want to do anything else to him.”

Whether it was sharing his PlayStation with his cousin when they were children, or going on the campaign trail for his friend or taking his other friend to his first LSU game, Ron made sure those around him knew they were cared for.

“You just sit back and reflect on how many people he had touched,” Foret added. “He had a special gift of seeing everyone as a friend, and it didn’t matter what your status was in society.”

On Feb. 8, the day of his wake and funeral, many came in and out the doors of the Samart Funeral Home in Houma to pay their respects, Chaisson said.

“At the funeral home, you had a broad cross section of people that came in and poured out their love for him. That was really heartwarming,” he said. “It was just a matter of his love for the community and everyone’s love for the person that he was.”

(Feature photo: Ron and his mother Cathleen Baker Chaisson, who passed away in 2008.) 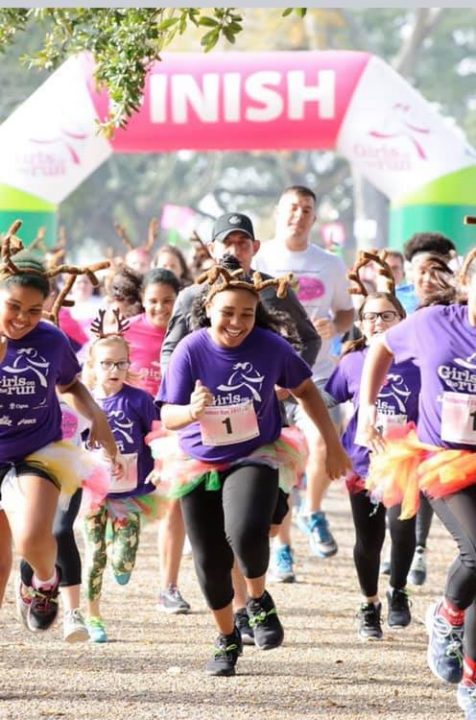