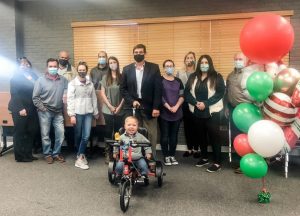 Thanks to the efforts of a Houma charity, a local child with physical disabilities received an early Christmas gift made just for him.

“It’s really nice that he has something special for him that will work for him,” said Heidi Theriot, Owen’s mom. “…I’m very grateful for the McLindon Foundation and T. Baker Smith for putting it together and having it made so that he can be like any other little boy.”

When Heidi was pregnant with Owen, doctors not only told her that her son would be born with dwarfism but there was a chance that his condition would be fatal due to the small size of his chest.

After he was born, Owen spent the first 18 months of his life in the hospital because of his complications. When he was an infant, he needed to nourished through a feeding tube and breathe through a ventilator full-time.

Before finally being able to bring him home, the Theriot family had to fly to Philadelphia so Owen could receive a special surgery to open his chest by inserting a vertical expandable prosthetic titanium rib (VEPTR) into his back so his heart and lungs could grow. Every six months, the family travels back to Philadelphia to get the VEPTR expanded. 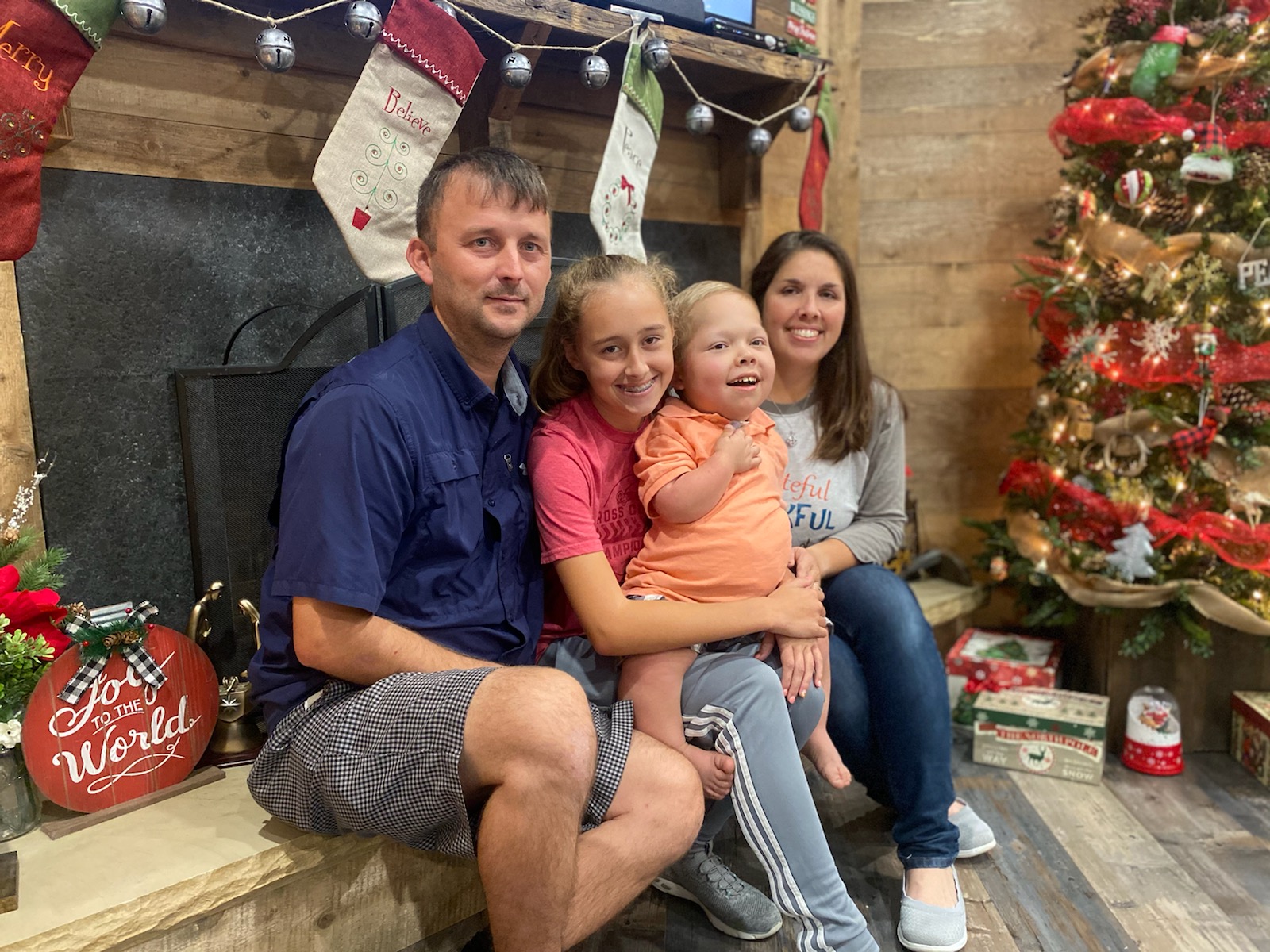 Today, the 2-foot-6-inch boy needs to be on a ventilator only while sleeping or sick and always works hard to improve his capabilities.

“We have a physical therapist who has been with us since Owen has been home, and she is so amazing in pushing him to reach these milestones like sitting up, walking and climbing steps,” Heidi shared. “He reaches milestones; it just takes him a little longer.”

With Owen having limitations on what physical activities he can engage in, the Theriot family put his name on the waiting list for the McLindon Family Foundation, whose singular goal is to provide bikes for children with special needs.

After he received his bike, Owen soon took a liking to it. “I was kind of worried when he first got it. Sometimes with anything new, Owen will just refuse ‘cause it’s just scary or just different. But he didn’t,” Heidi said. “I can tell he’s happy about it.”

The folks at the corporate office of T. Baker Smith beamed as Owen rode around on his new gift.

“Not only is it going to add mobility to Owen’s life but also he’ll be able to build up muscles in his legs,” said Kenneth Smith, CEO of TBS. “It was pretty special. You could just see the major impact it is going to have on his life and on his family’s life.”

“It’s truly special to see a place of business gather their team members for them to be a part of the bike presentation,” said Allison Oubre, Program Manager at the MFF. “It’s special to see their reaction to the child’s reaction. There’s nothing sweeter than when you got that many smiles on faces.” 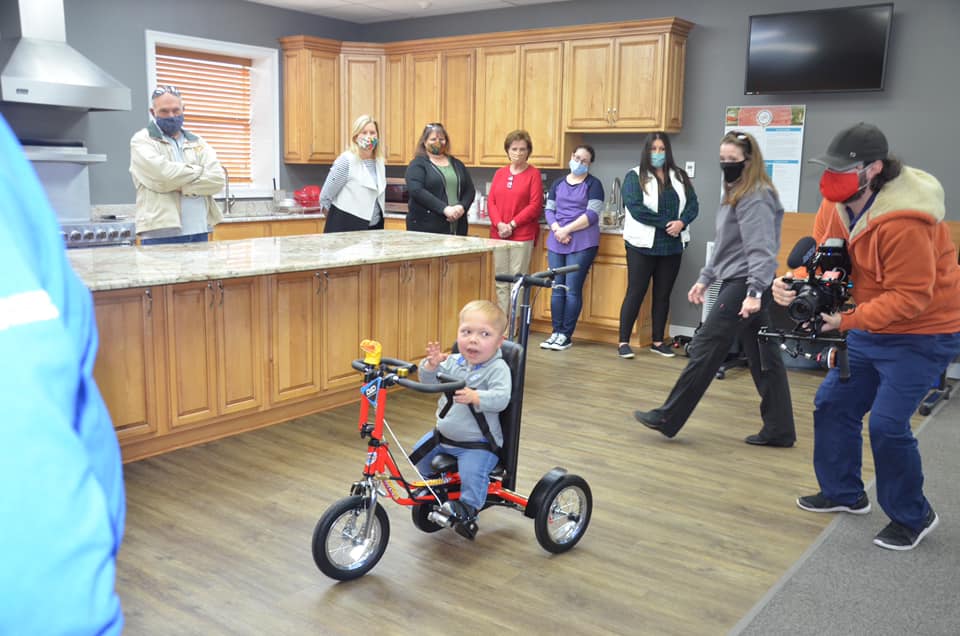 Owen’s was the 374th bike delivered by MFF, whose mission is “to provide adaptive bikes to children with special needs so that they can build critical core strength, boost confidence and nurture friendships, all of which help these children maximize their potential and participation in society.”

More information on the McLindon Family Foundation can be found here.

This isn’t the first time the TBS SPARK Foundation has partnered with MFF. In 2018, the two organizations worked together to provide adaptive bikes to two other Houma children with special needs.

“One of the family members, Andrew McLindon, and I are good friends, and when he was explaining to me what they do, I was just beyond impressed,” Smith said.

Established over five years ago, the TBS SPARK Foundation was created when the firm’s efforts to give back grew, Smith said. 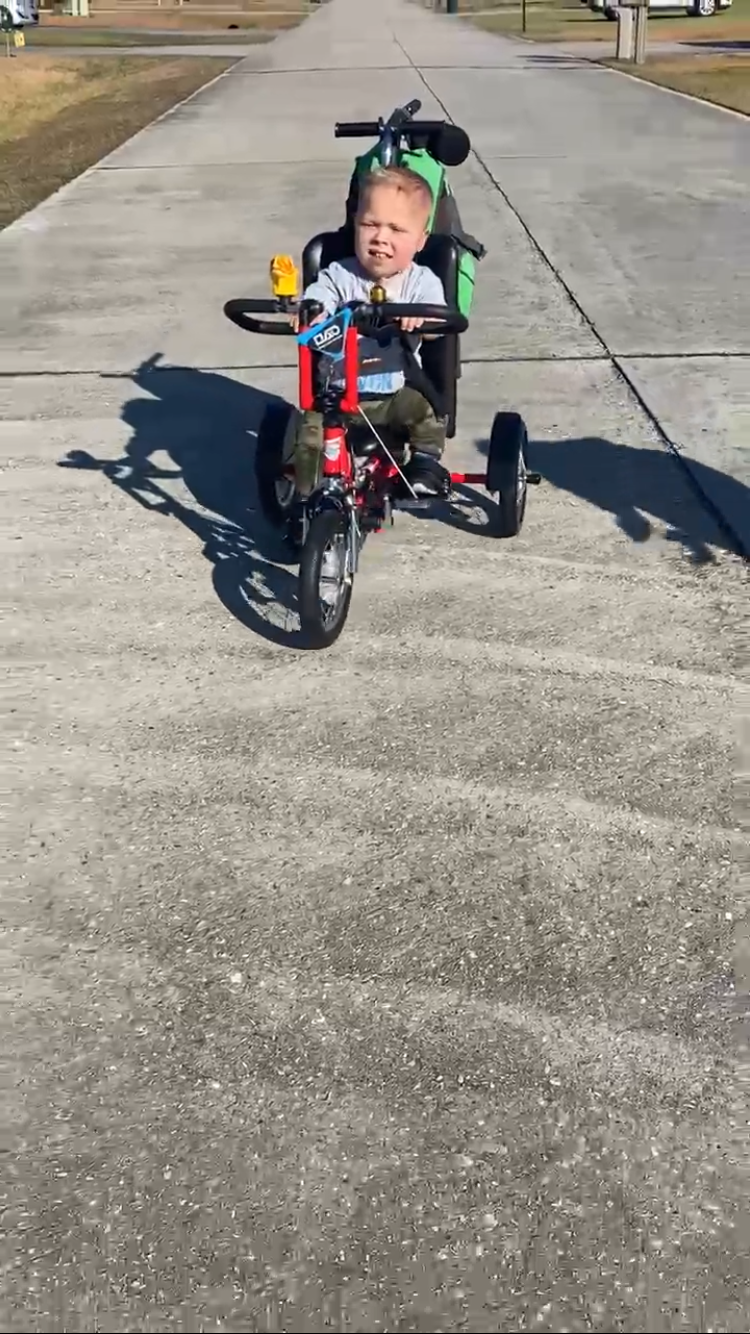 More information on the T. Baker Smith SPARK Foundation can be found here.