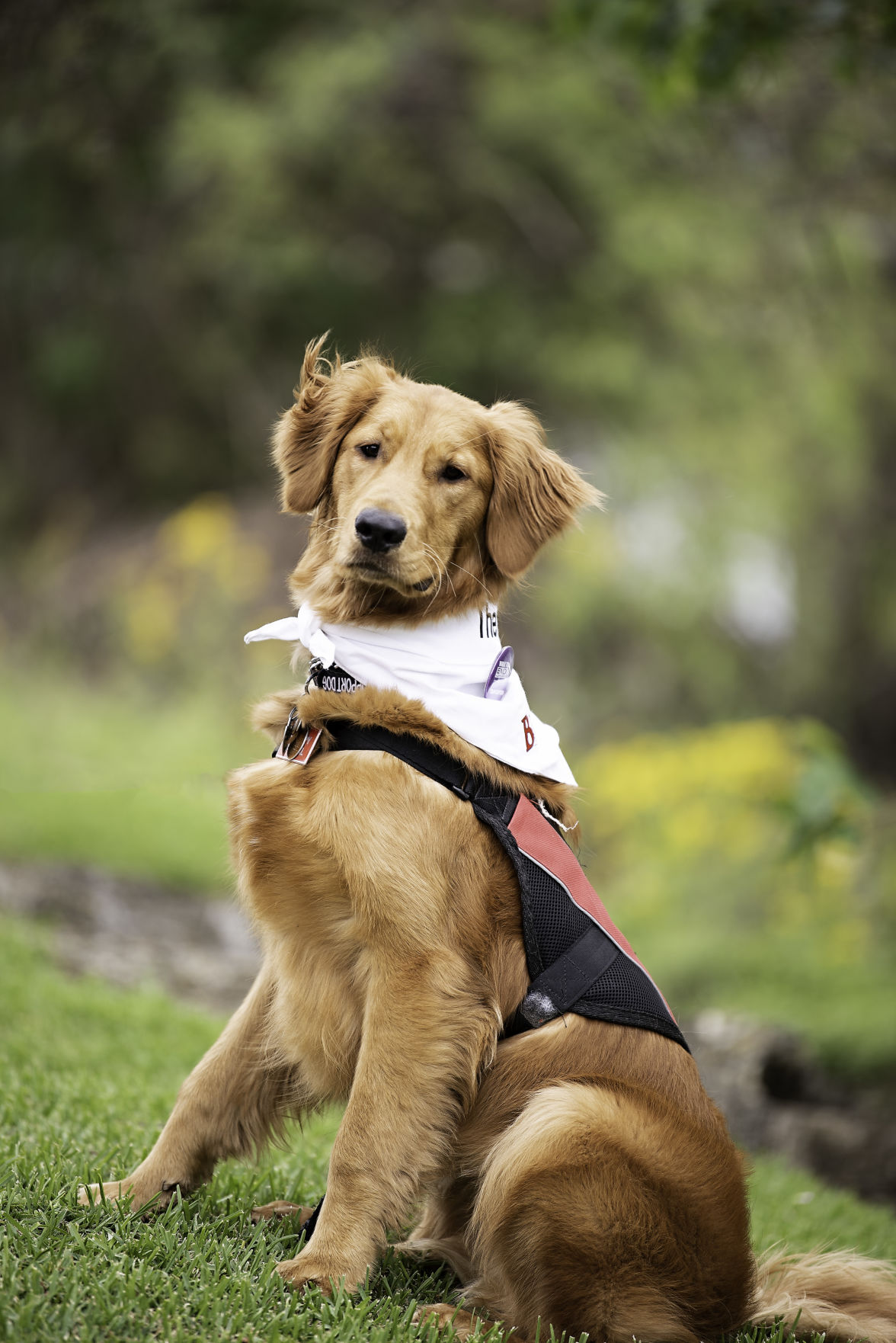 The Broadway Elder Living and Rehabilitation hosted a birthday party for one of its most valuable members last Wednesday afternoon. Staff, residents and their family and friends gathered at the Broadway’s facility in Lockport (7534 LA 1) to celebrate the one-year birthday of Bailey Mae — the certified therapy dog that daily assists and soothes the residents of the Broadway.

But Bailey Mae wasn’t the only puppy at this “paw-ty”. Ten other dogs for members of The Broadway community joined in the fun.

“They [the residents] really enjoyed the event,” said Courtney Carrere Sanford, Admissions and Marketing Director for The Broadway, and caretaker for Bailey Mae. “I think just having all the different puppies and the different sizes brought back so many memories. It was a really great response.”

On the back patio of the living facility, guests and residents played games with their furry friends and pet them.

Attendees were treated to vegetables and fruit that were animal friendly in case any of the residents dropped food on the ground. The celebrators — dogs and humans — were also treated to cake.

“We actually had three different cakes. We had two cakes that animals could eat, and we had a cake that humans can eat,” Sanford laughed. “What we did was we cut the dog cake first. And when we cut the dog cake we were telling everybody, ‘Okay, this is dog cake, so let’s feed the dogs first.’ It was cute. We really did it like a first birthday party.”

Besides the cake, Bailey Mae opened gifts, and guests were given goodie bags filled with animal treats and toys — giving attendees a total birthday party experience.

“A lot of different people wanted to find out more about Bailey and what she does. And they got to see that and see some of our residents that have really gotten close with Bailey. They got to see what Bailey Mae is all about,” Sanford said. “So it was a great celebration of where we’ve come. We’ve had her since she was eight weeks and she is now a year. So it’s definitely flying by.”

Bailey Mae helps the residents of The Broadway everyday by bringing them comfort — especially those with Alzheimer’s and other forms of dementia.

“I see a lot of families that are dealing with different types of dementia. There’s little triggers that if they go off, they go into one of their moments where they’re really confused or anxious. The little things that deter them from the thing that they’re scared of or confused about is really important,” Sanford explained in an article from April’s edition of Point of Vue Magazine. “So what Bailey does for us at the Broadway is be that kind of comforting factor. She is there to get their mind off the confusion.”

The golden retriever’s birthday party was also part of a series of events The Broadway held last week to celebrate Louisiana’s Nursing Home Week. Some of the other events during the week included a 1950s Day, Luau party and a barbecue.

“…But we do this kind of stuff all year. And I think the biggest thing is getting the community involved in the facilities themselves and making the residents feel like people want to come to their home,” Sanford explained. “The community comes out and gets involved with us, and I think that’s the most important thing. Just because you’re in a nursing home per se, does not mean that you can’t have fun.”•