Drug Court success Story; For one man, a life is restored

The Carbon Tax: A bad idea whose time has not come

Past and present merge at Civil War camp 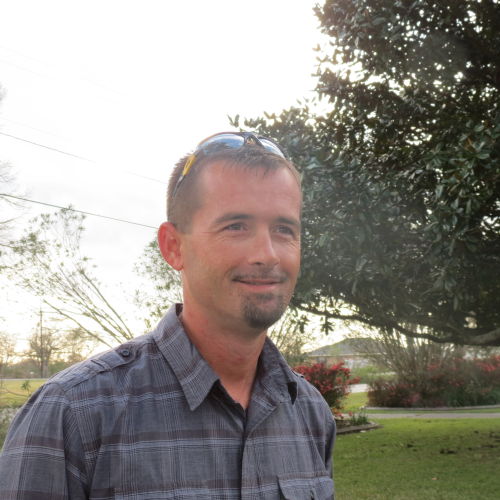 Jesse Story’s world was already collapsing around him in 2008, even before his arrest for obtaining drugs with a false prescription.

But the judicial system proved to be a way out rather than a road to bigger problems, the Bourg man says, thanks to the opportunity for recovery afforded by the Terrebonne Parish Drug Court program.

Today, at the age of 35, he has a job he is proud of and a family that looks up to him. And he knows that the ordeal his addiction to painkillers bought him is something he will never have to experience again.

“Now I am clean and happy,” said Story, as he spoke of the rollercoaster existence addiction to pills, originally prescribed after injuries suffered in an auto accident, and the recovery that followed.

Graduation from the drug court program two years ago, Story said, was a day to remember.

“I did everything I was supposed to do,” he said, recounting the court appearances, frequent drug tests, counseling, payment of fees and other requirements the program demanded.

Prior to recovery, as his addiction worsened, heavy prices were paid.

“I was pushing my family away from me,” Story said, explaining how loved ones were mystified by his behavior, the constant draining of money for a habit that intensified over time, every spare cent going to buy more pills. “Nobody knew I was doing them. For nine years, I was doing it.”

But as he continued trying to work in the oilfield and in air conditioning repair, Story suffered. Over time he questioned just how long he could go on, with a habit that reached $100 per day, each day consumed with feeding the monkey on his back, the need to hustle more pills.

“I would pray that I would come down with a sickness,” he said.

It was in the fall of 2008 that Story called in a false prescription to a pharmacist, who caught the fraud and notified him that it would not be filled, and that it was his duty to notify authorities.

Having avoided official notice up to that point, Story turned himself in, was arrested and arraigned.

The option for Drug Court was offered, and Story saw that as the better alternative.

So like all the other participants, Story underwent persistent tests and received counseling, made court appearances on a regular basis to inform Judge Johnny Walker of his progress, seeking an opportunity for the nightmare to end.

With the addiction to pills in abeyance, Story was able to find a new job – he drives a transport van – and has been doing well. His wife, son and stepson are aware of what he has gone through but, he said, understand what had occurred.

Like other participants in the program, Story was told that his conviction would stand unless he succeeded, and, if he did succeed, he would be eligible for the record to be expunged, further opening up employment opportunities.

So far that hasn’t happened, mostly because of the $2,000 fee lawyers have said must be paid. But it’s a goal he is working on.

As he completed another day of the work he is grateful to have, Story said that from his perspective Drug Court is a valid option that he was glad to have available. After what he’s been through, he said, there is little chance of a relapse but he is ever-vigilant. Being grateful for what he has, he said, helps ensure that the past will not repeat itself.

Jesse Story, 35, of Bourg, praises the Terrebonne Parish Drug Court program, crediting it with helping him avoid jail after a single offense. “Now I am clean and happy,” the father of two said.