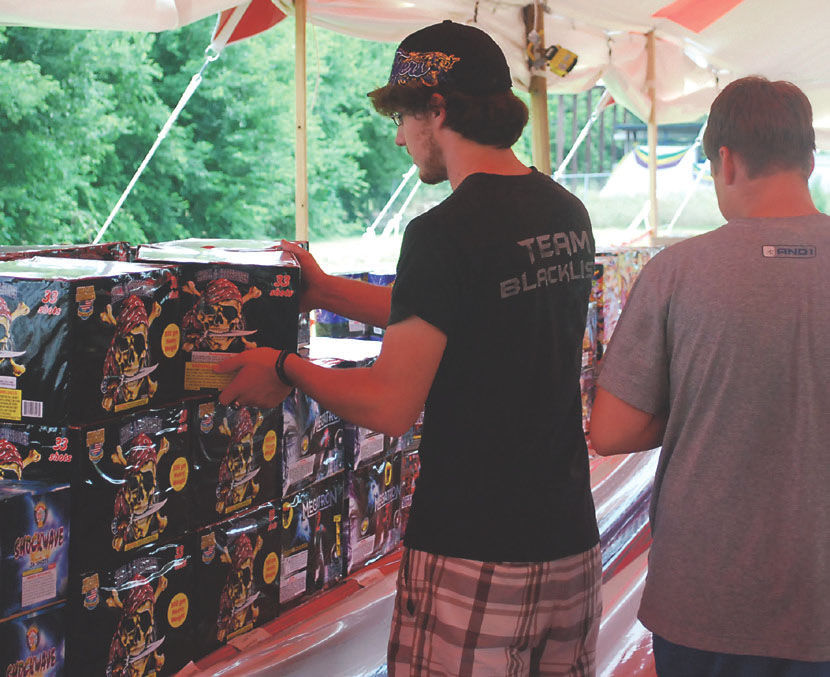 The law says it’s OK to pop fireworks in most of Lafourche Parish during the Independence Day holiday.

The lone exceptions are within the town limits of Thibodaux and Golden Meadow, where the poppers are banned year-round. Likewise, fireworks sales and usage are outlawed completely in Terrebonne Parish.

Although Lafourche authorities say firework consumption is legal until 9 p.m. on July 5th, the struggling local economy is causing many residents to think twice about spending time at the fireworks stand this holiday season.

The inconsistent price of oil is affecting firework sales, too. Many in the Houma Thibodaux area are spending less to make ends meet during the economic dip.

Several locals said they just can’t justify splurging on poppers like they once did, citing decreased wages or the loss of jobs are reasons why they will be staying fireworks free this holiday.

“I just can’t see spending money on it,” Lockport native Jules Rousse said. “We love it, but times are tough. We will go get sparklers for the kids, but we can’t do what we’d normally do – not this year.”

“The only flame at our house will be the pit,” added Galliano resident Reggie Naquin. “In the past, we’ve bought some, but this year, we just can’t.”

But they’re trying to be as creative as possible to make sure fireworks can be had by all.

Walter Broussard manages Champ’s Fireworks – a seasonal tent that has locations in Galliano and Bayou Blue.

Broussard said the tents he manages are expecting sales to dip by more than 30 percent this summer compared to last.

“There is no doubt we expect a downturn in sales due to our local economy,” he said. “Our business is not immune to the downturn.”

At Champ’s, customers will be able to get 20 percent more fireworks if they own a Bayou VIP card and spend $100 or more at the stand. The cards are available at several businesses locally.

At Crazy J’s Fireworks in South Lafourche, sales are in effect. Other tents have sales signs at their doors as an attempt to try and welcome customers in.

“It’s a good thing,” Larose native Bobby Adams said while buying fireworks this weekend. “We love to do it and they still get to make some money. It helps everyone out.”

Broussard said even when the economy is booming, firework sales are painfully slow except on July 3-4 and Dec. 31, adding that most people get in “fireworks moods” and decide to go buy their poppers on a whim.

The tent manager added that on an average year, a tent can profit thousands of dollars.

“Firework sales are really a one-day event,” Broussard said. “These peak days can become extremely hectic, but it’s finicky. A little rain can kill sales quickly and ruin a season and can put us in the red quickly.”

While locals ponder whether or not to invest their hard-earned money on fireworks during this holiday season, Sheriff Craig Webre is ready to enforce the parish’s rules regarding the explosives’ usage. Saturday at noon was the first day poppers were able to be legally sold and popped in the parish.

On Tuesday, July 5, partygoers can still legally pop their leftovers from 9 a.m. to 9 p.m. In Thibodaux, fireworks are completely outlawed.

In Golden Meadow, they’re illegal except in Oakridge Park, where families can gather and put on their own shows.

In Terrebonne, fireworks are banned parish-wide and violators are subject to citations and fines.