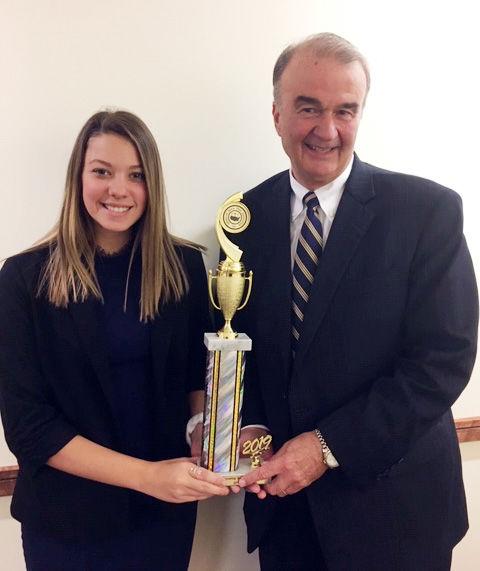 A Houma native was part of a mock trial team that had success recently against some of the top teams in the country.

Juniata College’s mock trial team competed recently in the National Tournament in California – an event that was participated in only by schools who were invited.

Juniata won their first six matches of the event, then lost to Stanford in the Finals by one point.

The team is a mix-match of people from all around the country from coast-to-coast.

One of the participants is Mallory Duplantis, from Houma.

“We defeated the University of San Francisco, Claremont-McKenna College, and the University of California at Berkeley, one of the top-ranked teams in the country,” said the team’s coach David P. Andrews ’74. “We were 6-0 going into the final round and lost to Stanford by one point.”

Juniata College’s mock trial team will travel to Carnegie Mellon in Pittsburgh Saturday, Nov. 23, and Sunday, Nov. 24, where they will once again face down teams representing colleges from across the nation.