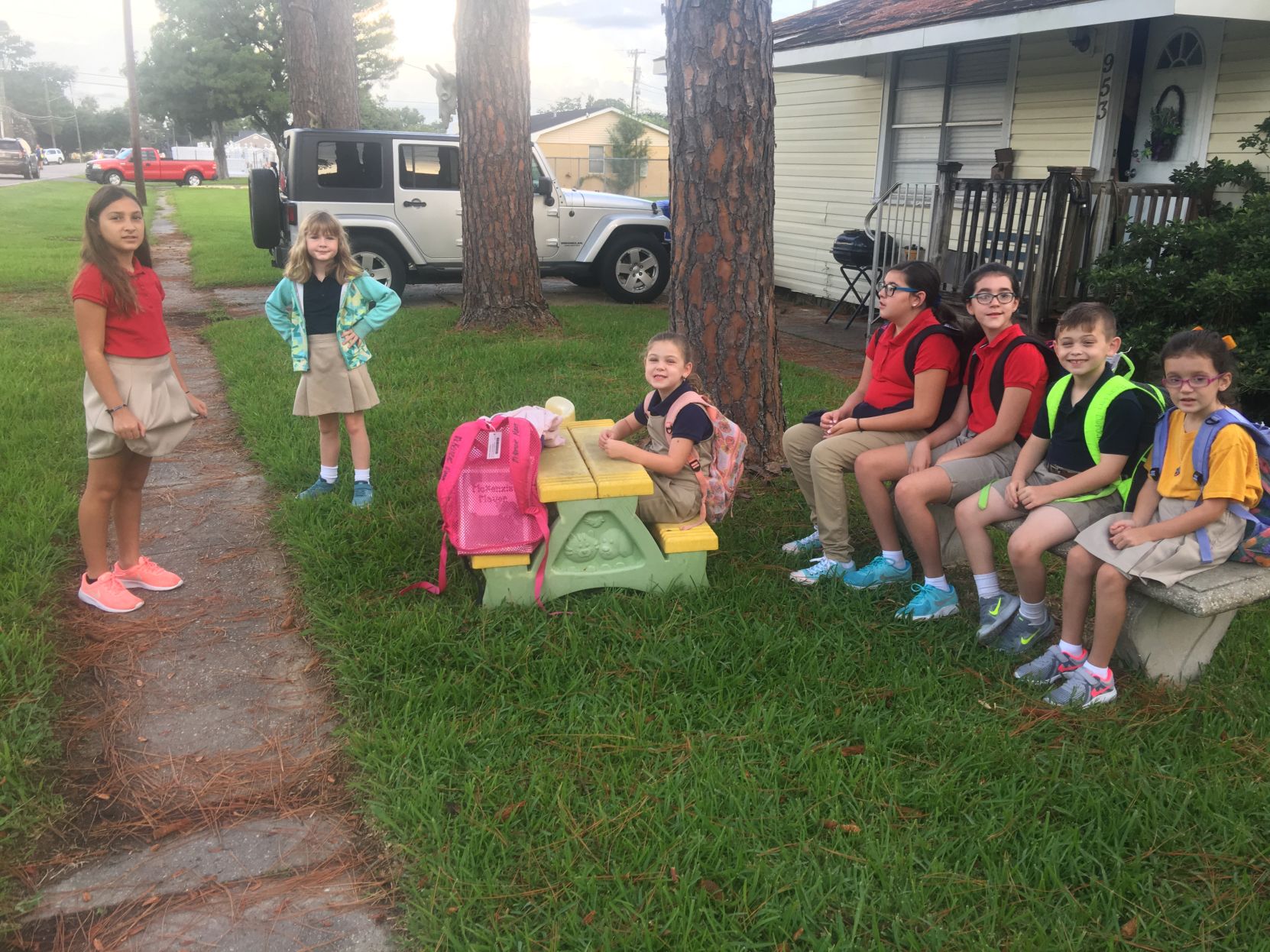 Parents of some Thibodaux pre-school and early grade students — along with the owner and staff of the daycare center they attend — want an immediate change to a new Lafourche Parish School District protocol they say puts the children in danger.

For many years parish school busses have stopped directly in front of the Lots-o-Tots Daycare at 107 St. Joseph St. to pick up children the facility cares for in between the time parents leave for their jobs and the start of classes for the day.

But this year, due to budget constraints and other problems, the school district has opted for the bus to stop on Menard Street, a short distance from the center, but a road whose traffic parents and administrators say can put little children in peril.

Becky Toups, who owns the center, says that’s not acceptable.

“They were always picking up in front of the daycare,” Toups said. “It is not right that all of our kids have to be on the busy intersection of St. Joseph and Menard. Everybody in this city knows that is one of the busiest places. This area is notorious for fast driving and congestion.”

Bambi Toups, Becky’s daughter, who also works with the children, shares the concerns.

“This is ridiculous,” she said. “They want them to stand on the corner of St. Joseph and Menard streets, which is one of the busiest streets at school peak hours; with St. Joseph school and Nicholls State University being right there. They told us to be out here for 7:15 a.m. We have been out here an hour in this heat and no bus. The kids are crying and soaking wet when it could all be avoided by letting them wait in the daycare, like we have been doing for 40 years. Plus they won’t be able to eat breakfast since school will have already started when they get there. It’s a crying shame. The school board is not concerned with the safety of these children.”

A total of 50 children attend the daycare full time, thus not requiring pick-up. They are dropped and then collected by their parents. But the 25 children who are pre-kindergarten and above, Toups and their parents say, are another matter. There are certainly enough children, they maintain for the school district to keep its former protocol in place.

Floyd Benoit, director transportation for the Lafourche Parish School District, said the daycare is not being unduly burdened and its children not placed in danger.

The protocol requiring bus pickup at Menard and St. Joseph, he said, is not unlike the rules that currently govern some subdivision pickups. Economy of time, Benoit said, is the chief reason for the change. More children are attending nearby public and private schools and the task of having to go around busy blocks to get to St. Joseph — and a pickup as usual in front of the daycare — is no longer feasible from a scheduling perspective.

The new protocol may be short-lived, however. Benoit leaves his post this week for retirement from the school system. Superintendent Jo Ann Matthews spoke with Becky Toups last week, asking for patience and a little bit of time as she and other officials give the situation a review.

Becky Toups said she is grateful for the consideration, and that Matthews had returned her call.

But in the meantime, she maintains, children are still at risk.

Monday morning she and her staff placed warning signs along Menard instructing drivers to slow down. Children waited for the bus as requested and boarded without incident. But as dialogue with the school district continues Becky Toups still has fears.

Allyson Grzenia, a Houma art director who is the mother of two young children, is among the parents jarred by the school district’s decision.

“The biggest thing for me is that I rely on the school district and the school board to make decisions about my childrens’ safety in all things, and I need to be able to trust them,” Grzenia said. “It’s a small part of a bigger picture.”