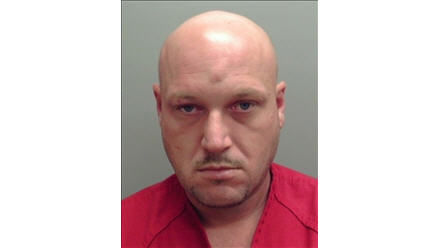 A Lafourche Parish jury entered a verdict Sunday of “guilty” on all three counts of murder charged against former Houma resident David Brown, and on Monday began hearing testimony that will help the decide whether he should live or die.

The 38-year-old Brown was convicted of 1st degree murder in connection with the stabbing deaths of 29-year-old Jacquelin Nieves and her daughters, 7-year-old Gabriela and 20-month-old Izabela. The family’s home was set afire after Brown escaped the girlsey scene.

State District Judge John LeBlanc has presided over the case, which began during the term of now-retired Judge Jerome Barbera. The murders were committed Nov. 4, 2012 in Lockport, at Nieves’ residence.

Lafourche Parish District Attorney Cam Morvant has been prosecuting the case, which took years to get to trial. In large part that’s because, since the case is a capital matter, meaning the death penalty has been sought, defense attorneys are using every legal tool at their disposal to either create a base for later appeals or, as has occurred several times, file for relief from appellate courts during the proceedings. Attorney Kerry Cuccia, according to courtroom observers, has continually challenged aspects of the prosecution’s case, which he has maintained is based on circumstantial evidence.

The trend in many Louisiana jurisdictions has of late been away from pushing capital prosecutions. Officials cite the money needed for appeals, security and other expenses, which gets invested on a meager return. Defendants can wait a decade or more for actual execution if a jury finds it is warranted. In large part that’s because of the high degree of scrutiny defense attorneys say a verdict of death requires. The penalty of death, they note, is irreversible, and so extra care must be taken.

Among the issues brought up on appeal prior to trial was the question of whether the 1996 stabbing by Brown of his sister-in-law in Chauvin, and an intrusion into an apartment adjoining that of the murder victims earlier on the night of the crime, could be introduced at trial. Judge Barbera had ruled that those prior acts could be considered by the jury.

Through investigation, detectives learned that during the early morning hours of Sunday, November 4, Brown entered Nieves’ apartment and proceeded upstairs armed with a knife. Detectives believe Brown then allegedly entered a bedroom and sexually assaulted two of the victims before stabbing all three victims several times each. It is believed that he subsequently set the apartment ablaze and fled the scene.

Detectives learned Carlos Nieves Jr., Jacquelin’s husband and father to Gabriela and Izabela, had been asleep downstairs in the apartment during the entire incident. Brown was charged with the attempted murder of Carlos Nieves Jr. due to the fact that Carlos was asleep when the fire was set. He eventually awoke and called 9-1-1. Officers and firefighters responded to the scene where they discovered the bodies of the three victims in the upstairs bedroom.

Through the course of the investigation, detectives discovered a knife thought to be the weapon used on the victims. Detectives also collected DNA evidence at the crime scene which was determined to be a positive match for David Brown’s DNA.

Questions about the DNA were another important argument raised at trial. But the prosecution prevailed in those arguments.

At the time Brown was arrested, Webre praised the work of investigators.

“I want to commend the detectives of our Criminal Investigations Division that devoted their time and dedication to this case,” said Webre. “With the sheer amount of evidence, the time spent processing the crime scene, and the delay of obtaining the DNA test results, this case required patience and diligence on the part of investigators. We now turn this case over to the District Attorney’s office with the utmost confidence in our findings.”

Sheriff Webre also thanked investigators with the Jefferson Parish Forensic Center and the Lockport Police Department, as well as the Lockport Volunteer Fire Department and the Office of the State Fire Marshal, for their assistance in the investigation.

Brown has an extensive and violent criminal history dating back to 1994. Prior to Brown’s arrest on November 4, 2012, he had been arrested 28 times. In April 1996, Brown was arrested for attempted second degree murder, but later agreed to plead guilty to an aggravated battery charge in that case. Brown has also been charged 18 other times with various battery charges, and he has been charged with assault three times. Other charges for which he was arrested include terrorizing, criminal trespassing, drug possession, issuing worthless checks, burglary, theft, and unauthorized entry into an inhabited dwelling. According to records, Brown was also convicted of DWI, aggravated assault with serious bodily injury, and simple burglary in Texas in 2003. Most recently, Brown had been serving time for the Louisiana Department of Corrections for a theft charge, but he was released from custody and placed on probation on October 26, 2012, just nine days before the murders occurred.

Two of Brown’s siblings were also incarcerated at the time of his arrest, one of whom is serving a life sentence for murder.

No. 7 Triple killer sentenced to die by jury

A Lafourche Parish jury sentenced a Houma killer to death Nov. 1 for taking the live of a woman her two little girls in 2012.

David Brown, 38, was convicted of murdering 29-year-old Jacquelin Nieves, her 7-year-old daughter and her daughters, 7-year-old Gabriela and 1-year-old Izabela.

Brown sexually assaulted the mother and the 7-year-old; all three were stabbed to death and Brown then set the family’s Lockport apartment afire.

New Orleans attorney Kerry Cuccia, who mounted a vigorous defense during the fact-finding portion of Brown’s trial, expressed disappointment with the outcome. During the penalty phase of the trial, Brown opted to represent himself.

Long-standing law has required that juries must first decide whether first-degree murder has been committed before separately deciding the question of whether a defendant should live or die.

The Brown case marke the first time in four decades that a death penalty has been imposed in Lafourche Parish.