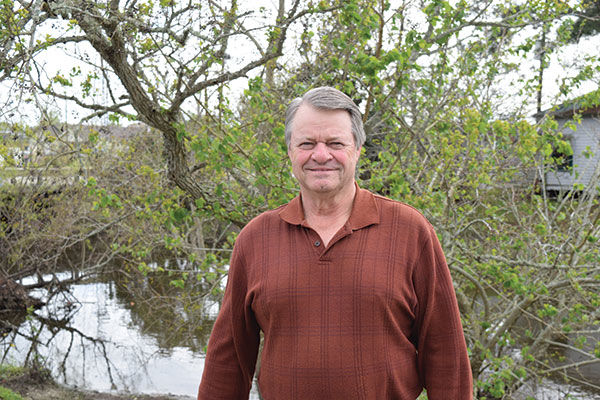 Farewell to you, ol’ friend!

This week is happy, but sad for us at Rushing Media.

On Thursday, our longtime Sales Associate, Mr. Harold Cancienne will leave us and begin the next chapter in his life: RETIREMENT!

Harold is a stalwart in media locally. He’s been doing sales in our market for more than 40 years, beginning as a radio sales rep in 1977, then evolving to other forms throughout his highly successful career.

Harold has been with The Times from the day it was born — literally.

He started on April 1, 1997 with The Guidry Group, selling for South Louisiana Business News, which later evolved into the Tri-Parish Times. He also had a huge hand in the success of the Gumbo Entertainment Guide.

That newspaper has since, of course, been purchased by Rushing Media and is now in its current form as The Times. Harold has been with Rushing Media since it purchased The Times and he’s been a valued member of our team ever since. His hard work and dedication to our team have helped us grow all of our publications, while also adding Bayou Business Monthly and Family First under our umbrella in the past 18 months.

Harold has hundreds of colleagues locally and he’s well-known for his hard work, enthusiasm for sales and his passion for delivering for his clients and co-workers — a partnership that’s allowed him the success he’s enjoyed for more than four decades in the market.

But today, we’d like to shed a little bit of light on Mr. Harold Cancienne, the man, the friend and the co-worker — guy we’ve enjoyed getting to know over the past several years.

Harold is a family man — a proud husband and father of two daughters.

When not at his desk towering through hand-written contacts and notes, he’s often telling tales of adventures he and wife, Laura, enjoyed together on a given weekend.

In retirement, Harold said he plans to spend time traveling with his wife and also spending time with his grandchildren. When time allows, he also plans to get in a little golf and some fishing — a couple of his other past times and hobbies.

Speaking of golf — Harold is also an avid sports fan who is a huge fan and loyal supporter of his beloved LSU Tigers.

On big days on the sports calendar, Harold chimes in with our sports team and stays in close contact with all of the happenings of the purple and gold.

Managing Editor Casey Gisclair remembers a time when The Times newsroom had an Ole Miss grad within it.

On that writer’s first day, Harold greeted him and said, ‘It’s OK. I will still like you. I just won’t like you as much as I would if you had gone to LSU.”

Those subtley jabs and ribs were part of Harold’s fun-loving personality and his willingness to find a laugh with everyone on our team was a valued trait that will surely be missed.

So to our longtime ally, co-worker and friend, we bid you adieu — with both a smile on our face and a little sadness in our hearts, because we’re sad to see you go, but are so happy for all of the wonderful life adventures that you have ahead.

This one is for you, old pal!

You earned it and deserve it!

May your next days be your best days and please know — your contributions to our company will never be forgotten and they’re sincerely appreciated.