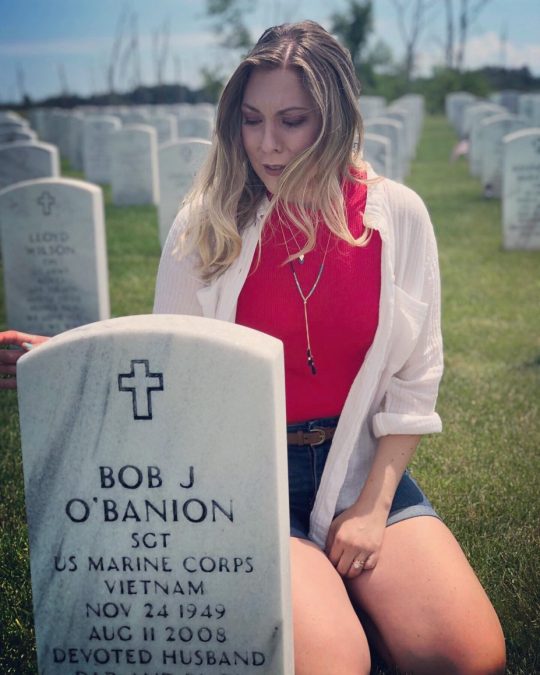 Memorial Day is the remembrance of ultimate sacrifice…the giving of one’s life. Soldiers who have freely offered their lives for others have left ‘uniformed legacies’ that glisten with golden buttons of bravery.

A somber sunrise will peer over the gateway to Summer. Soldiers have unlocked that gate with calloused hands that have fiercely gripped riffles. They have shaded the beginning of Summer with cooling tones of red, white, and blue. Freedom fighters have created a comfy spot under a refreshing tree that protects us from burning suppression. I am an heir to this sheltered sacrifice. I am an heir of my dad’s legacy.

My dad was an active Marine in Vietnam who trudged throughout jungles that swelled with monsoon rains. His lungs were also thickened with toxic poison, Agent Orange.

My dad passed away at 58-years-old. He was buttoned down in a ‘uniformed legacy’ that trimmed with red sacrifice.

We are all heirs to freedom, but some of us have inherited a grief that is strapped to Memorial Day like a soldier’s backpack. We carry a similar load that is heavy ladened with emotional trial. We climb up ‘Mount Missing’ to breathe in clear air that heals the heart. While we ascend, God lightens our backpack of weighted mourning.

To my brothers and sisters that have lost a loved one abroad or on the home front from disease or other deaths related to war, we form a troop that is unique. We are heirs to an ultimate sacrifice that is far-reaching, ‘From the Halls of Montezuma to the shores of Tripoli’.  We are heirs to a ‘uniformed legacy’ that stitches us together like the badges on uniforms that graced soldiers with bravery.

We are heirs to an undying legacy. We have inherited an unselfish love that has embroidered the stars on the American Flag.

There is no greater love than to lay down one’s life for one’s friends.- John 15:13